The Central Board of Secondary Education (CBSE) is likely to announce Class 12th Result 2013 in the last week of May for all regions. Read to find more information 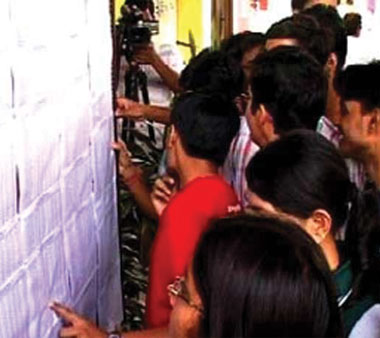 Since the CBSE class 12 results 2012 were declared on 28 May 2012 with a pass percentage of 80%, candidates can expect their result around the same time and keep their roll number with them.

CBSE) Board was set up by the Government of India in 1929 as a joint Board named ‘Board of High School and Intermediate Education, Rajputana’. In 1952, it became the ‘Central Board of Secondary Education’. The board functions under the overall supervision of the Controlling Authority which is vested with the Secretary Education, Government of India, Ministry of Human Resource Development.

Candidates can also register with jagranjosh to get latest updates on their CBSE Class 12 Result 2013 by entering their Name, Email Address, Phone Number, Roll Number and Roll Code/ School Code.