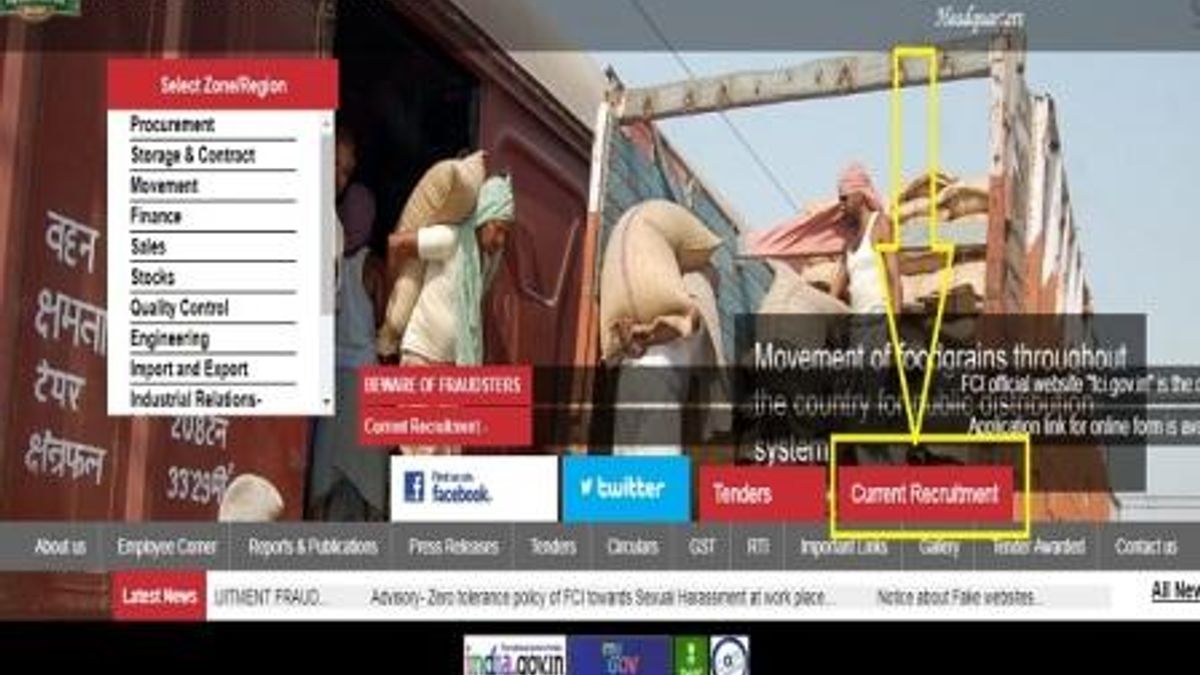 The link for downloading the FCI Skill Test Call Letter for every Zone is also given below.

Candidates should report half an hour before the Reporting Time as mentioned in the FCI Online Skill Test Call Letter. Candidates should bring the FCI call letters with their recent photograph duly pasted on it. (Preferably the same photograph as was uploaded at the time of online application).

The candidates appearing for the post of Steno Grade-II will undergo a Skill-Test in English typing and shorthand which will be of qualifying nature. The qualifying speed is 40 w.p.m. in typing and 80 w.p.m. in shorthand. Candidates will be given a dictation @80 w.p.m. (approx) i.e. 800 words dictation in 10 minutes time.

The candidates appearing for the post of Typist (Hindi) will undergo a Skill-Test in typing in Hindi which will be of qualifying nature. Each candidate will be given a passage in Hindi language consisting of about 300 words and he/she has to type the passage in 10 minutes. The desired/ qualifying speed for qualifying the Skill Test is 30 W.P.M speed in Hindi Typing. For more information on test candidates can read the pdf given below.