Huawei Watch GT2 up for Pre-bookings: Check Offers, Price in India and Specifications

Chinese brand Huawei launched its latest smart watch, Huawei Watch GT2. It claims to deliver two weeks of battery life and the device is powered by Kirin A1 Chipset. Huawei has announced many offers on the Huawei Watch GT2 purchase. Check for offers, price, specifications, and pre-bookings.

The New Year is around the corner and the most important resolution people take on the New Year is fitness. This is also the time when Chinese brand Huawei launched its latest smart watch, Huawei Watch GT2. Comparing to the previous model, Huawei Watch GT2 has got significant improvements in a number of ways. The company claims to deliver two weeks of battery life and the device is powered by Kirin A1 Chipset. Huawei has announced many offers on the Huawei Watch GT2 purchase.

Let’s have a look at the Specifications and Offers of Huawei Watch GT2: 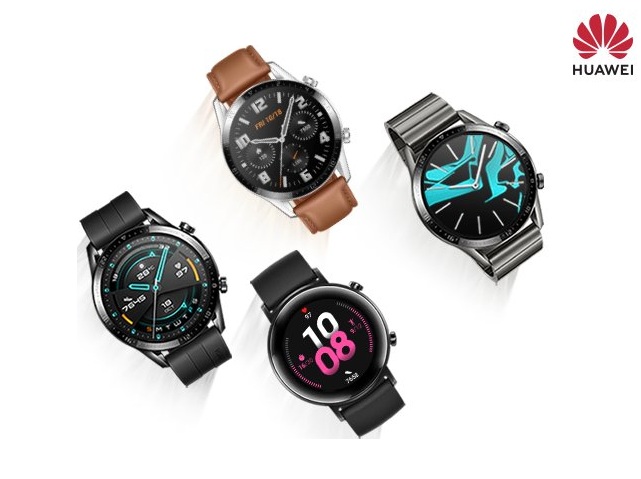 The Huawei Watch GT2 weighs 41g without the strap and is lighter than the Original Huawei GT model with a thickness of 10.7mm. It has a 1.39-inch AMOLED display and a resolution of 454x454 pixels.

To create a bezel-less design, the above-mentioned models have a 3D glass screen with curved edges merging into the casing. The Huawei Watch GT2 can survive up to 30 minutes underwater at a depth of 50 meters. Both the models of Huawei Watch GT2 supports Bluetooth calling.

The Huawei Watch GT2 comes with 2 buttons on the right side. The first button is to select the in-built apps and the second one is to track health and workouts. It also has quick settings such as DND, alarms and find my phone if you swipe down from the home screen. On swiping up from the home screen, you can see your recent notifications.

The Huawei Watch GT2 has a microphone on its left and a mono speaker on its right side. It also has a lot of sensors such as gyroscope, accelerometer, optical heart rate, ambient light, and air pressure. 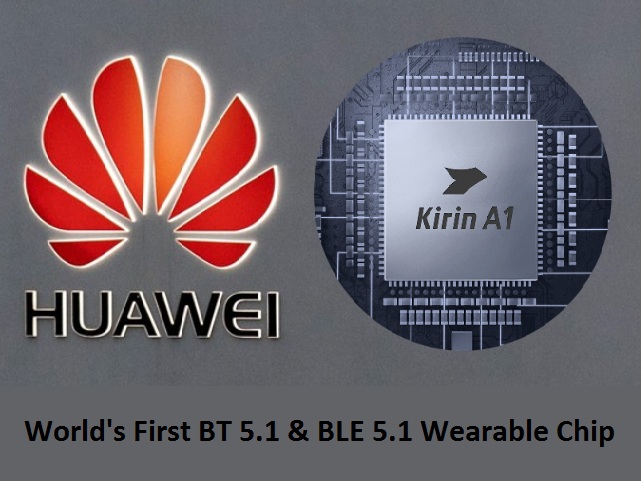 Talking about the hardware, the Huawei Watch GT2 is powered by Kirin A1 chipset which is owned by Huawei and is equipped with power-saving technology. It has 2GB RAM and 4GB storage. The Huawei Watch GT2 has Bluetooth 5.1 and in-built GPS for connectivity. It doesn’t support NFC (payments can’t be made via smart watch). In addition to this, Huawei Watch GT2 doesn’t have Wi-Fi and LTE.

The Huawei Watch GT2 supports smartphones running on Android 4.4 or higher and iOS 9.0 or higher. 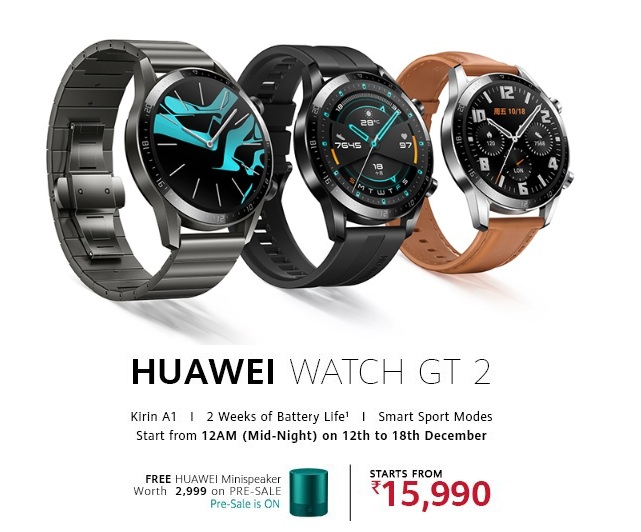 Limited customers will get priority delivery, benefits with Gold’s Gym or an all-expense-paid trip to Goa.

With 150-meter connected Bluetooth calling to music playback, the Huawei Watch GT2 is sporty and stylish enough to create a style statement. So, what are you waiting for? Grab your new fitness tracker that fits perfectly on your wrist and stand a chance to win the exciting offers.