Kannan Gopinathan, Indian Administrative Service (IAS) officer, resigns over the crisis in Jammu & Kashmir. Gopinathan gained attention in 2018 when he worked in Kerala relief camps during the floods. 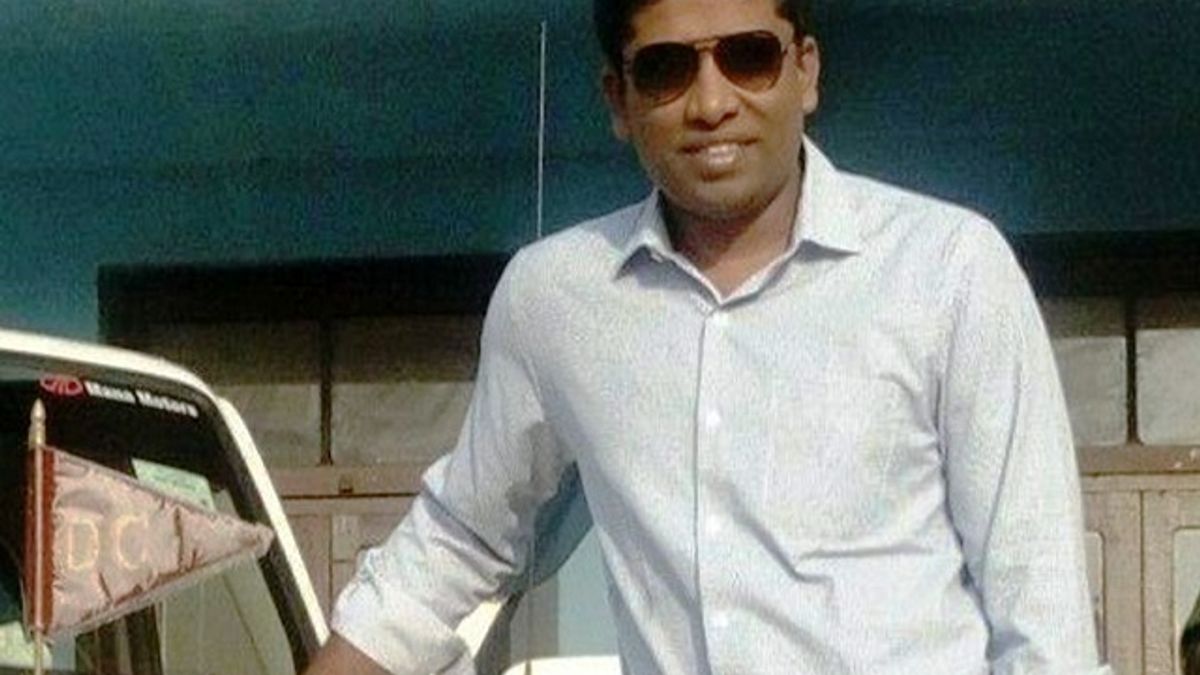 IAS Officer Kannan Gopinathan quits: IAS Officer tendered his resignation on August 21, 2019, over Jammu & Kashmir crisis. As per the information shared by IAS Gopinathan, his resignation came as a stimulus to various actions taken by the Government recently. In the beginning of August 2019, the Union Government declared Jammu & Kashmir as a Union Territory and scrapped Article 370 and 35A of Indian Constitution. His statements reveal that he is deeply moved by the disturbing situation in Kashmir wherein people were not allowed to speak or express themselves over the Government's decision to make Jammu & Kashmir a Union Territory.

Indian Administrative Service Officer Gopinathan said, "I joined civil service with the hope that I can be the voice of those who have been silenced. But here, I lost my own voice". He further added that people of Jammu and Kashmir were denied their fundamental rights such as Freedom of Speech or Expression for over 20 days. They were not allowed to respond or speak regarding the decision taken by the Government on the status of Jammu & Kashmir.

33-year old IAS officer was currently posted in Dadra and Nagar Haveli as Secretary of Power and Non-Conventional Energy.  Have a look at his resignation letter: 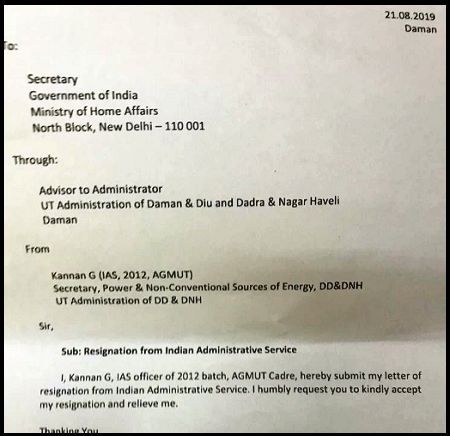 His resignation has not been accepted by the Government yet.

Who is Kannan Gopinathan?

- Gopinathan was lauded for his work during the 2018 Kerala floods. He worked at relied camps of Kerala for 8 days without revealing his identity of an IAS officer. For this, he was issued a memo from the Government, asking what work he did during Kerala floods.

- He developed a mobile app for disaster management in Aizawl, Mizoram.

- He was instrumental in transforming an electricity distribution PSU firm into a profit-making one.

- In July 2019, he refused the charges of insubordination, dereliction of duty and dilatory tactics in a reply to a memo of Union Ministry of Home Affairs.

- He complained to the Election Commission during the Lok Sabha Elections 2019  against receiving instructions from a political appointee. He was a Returning Officer at that time.

- Kannan belongs to Kottayam, Kerala. He did his schooling from Puthupally and studied electrical engineering from Birla Institute of Technology.