IIM Trichy has completed the final placement process for PGP 2015-17 Batch with the highest domestic CTC of Rs. 33 lakh a year. Find out more updates about the institute’s final placement drive in detail

The pictogram provided below will provide you a snapshot of the sectoral placement data. The data also makes it evident that Consulting and BFSI sector were the top recruiters of 2017. IT services and Manufacturing and Oil and gas followed the lead with 14 per cent and 13 per cent offers extended from the total offers made in the institute. 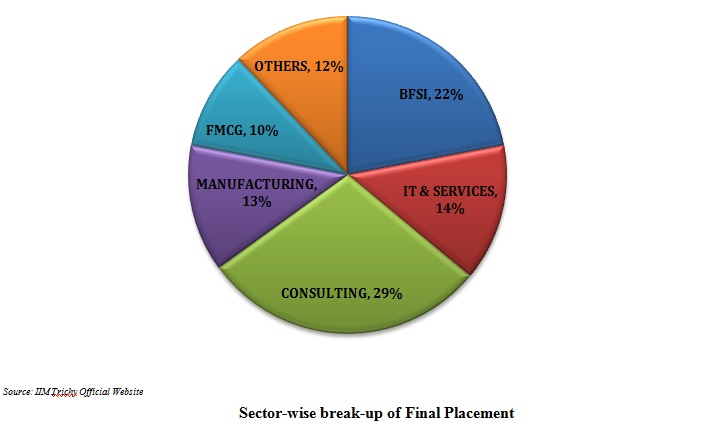 Each company that came to campus offered diverse roles in various domains of sales and marketing, finance, general management, strategy and operations, consulting and analytics, and human resources. Roles like executive assistant to chairman and managing director, product management, project management and capital risk management were the highlights of this year's placement process.

The Final Placement Report of IIM Trichy for the year 2017 recorded 100 per cent placements which is an achievement for the institute. The prestigious institute selects students for its PGDM Programme through CAT exam that is conducted annually.

You can also take a glance at the complete IIM Trichy Placement Report here.