Find IIT JEE Main 2016 Physics  Analysis. This analysis will cover topic-wise marks distribution of Physics paper and also weightage to Class 11 and Class 12. This paper analysis will also be helpful for those aspirants who are going to appear for the exam next year.

The paper consisted of 90 questions and the maximum mark was 360. There were three parts in the question paper A, B, C consisting of Chemistry, Mathematics and Physics having 30 questions in each part of equal weightage. Each question was allotted 4 (four) marks for correct response. There was also the provision of deduction of one-fourth marks for each incorrect response and no mark was deducted for unattempted question.

Unit-wise break up of questions from each unit has been provided in the pie graph below: 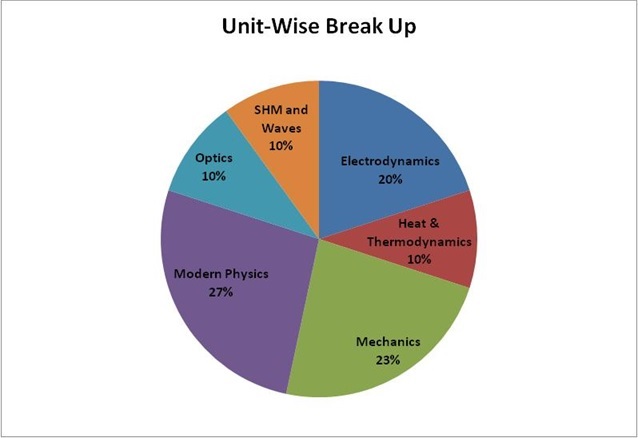 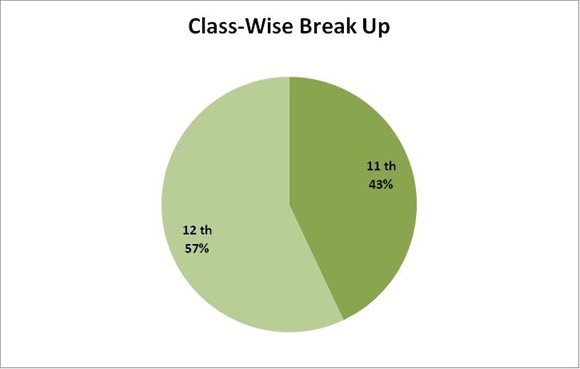 A detailed analysis of the questions asked from each chapter has been provided in the table.

This year maximum weightage was given to Modern Physics, the paper had four questions from semiconductor alone.

Get the JEE Advanced Material: