Get here the NCERT Solutions for Class 8 History Chapter 6 - Weavers, Iron Smelters and Factory Owners. Download all the questions and answers in PDF format. 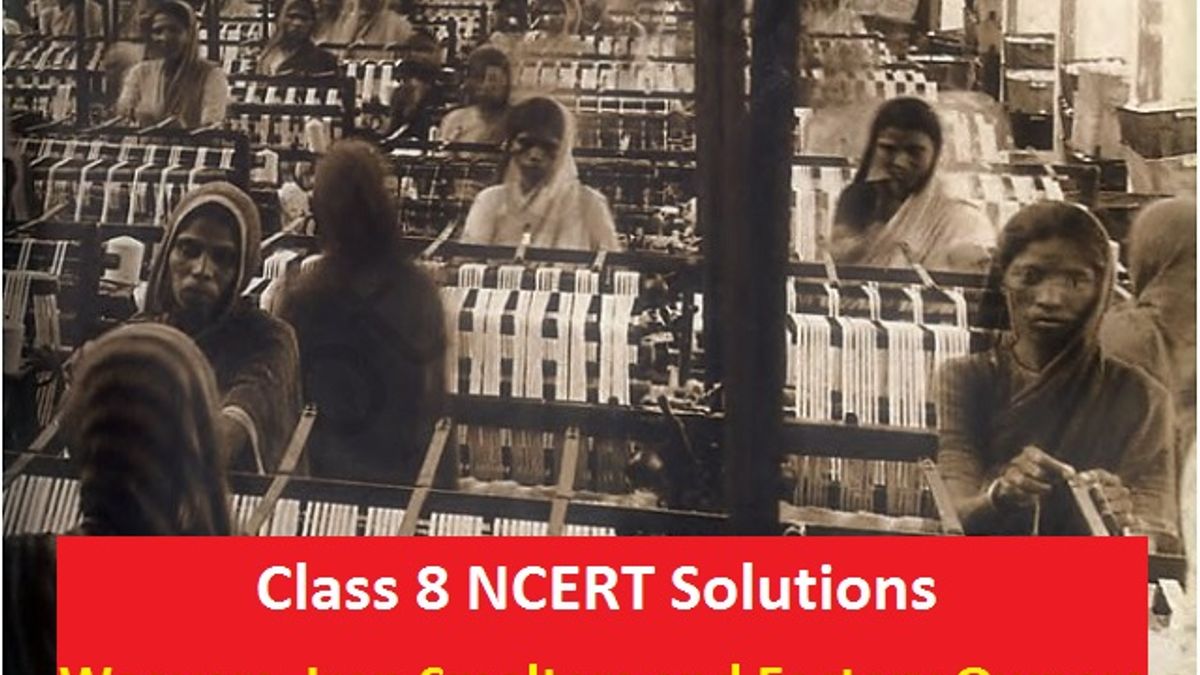 Find here the NCERT Solutions for Class 8 Social Science History Chapter 6 - Weavers, Iron Smelters and Factory Owners. These NCERT Solutions will provide you with the accurate and well illustrated answers to all the questions given at the end of chapter 6 of the latest NCERT History Book of Class 8. The answers prepared by the subject experts are perfect to clear all your concepts and excel in the subject. You may download all the questions and answers in PDF format and refer to them as and when required.

1. What kinds of cloth had a large market in Europe?

Cotton and Silk had a large market in Europe. Different varieties of Indian textiles like Chintz, Cossaes or Khassa and Bandanna were sold in European markets.

Jamdani is a fine muslin on which decorative motifs are woven on the loom, typically in grey and white. Often a mixture of cotton and gold thread was used in this.

Agaria are the Indian community of iron smelters.

(a) The word chintz comes from the word chhint.

(b) Tipu’s sword was made of wootz steel.

6. How do the names of different textiles tell us about their histories?

The names of different textiles tell us about their histories as mentioned below:

(ii) Chintz: This name is derived from a Hindi word chhint, a cloth with small and colourful floral designs.

(iii) Bandanna: This name is derived from the Hindi word ‘Bandhna' that is referred to a variety of bright coloured and printed scarves for the neck or head.

(iv) Calico: When the Portuguese first came to India in search of spices, they landed in Calicut. The cotton textiles which they took back to Europe came to be known as calico, which is derived from Calicut.

7. Why did the wool and silk producers in England protest against the import of Indian textiles in the early eighteenth century?

8. How did the development of cotton industries in Britain affect textile producers in India?

The development of cotton industries in Britain affected textile producers in India in several ways. Some of them are mentioned below:

9. Why did the Indian iron smelting industry decline in the nineteenth century?

The Indian iron smelting industry decline in the nineteenth century due to the following reasons:

10. What problems did the Indian textile industry face in the early years of its development?

Several problems faced by the Indian textile industry in the early years of its development are mentioned below:

Download all the NCERT Solutions for Class 8 History Chapter 5 from the following link: