NCERT Solutions for Class 8 Civics Chapter 3 - Why Do We Need a Parliament are explained in the simplest manner so that students can easily understand and memorise them. Download all questions and answers in PDF. 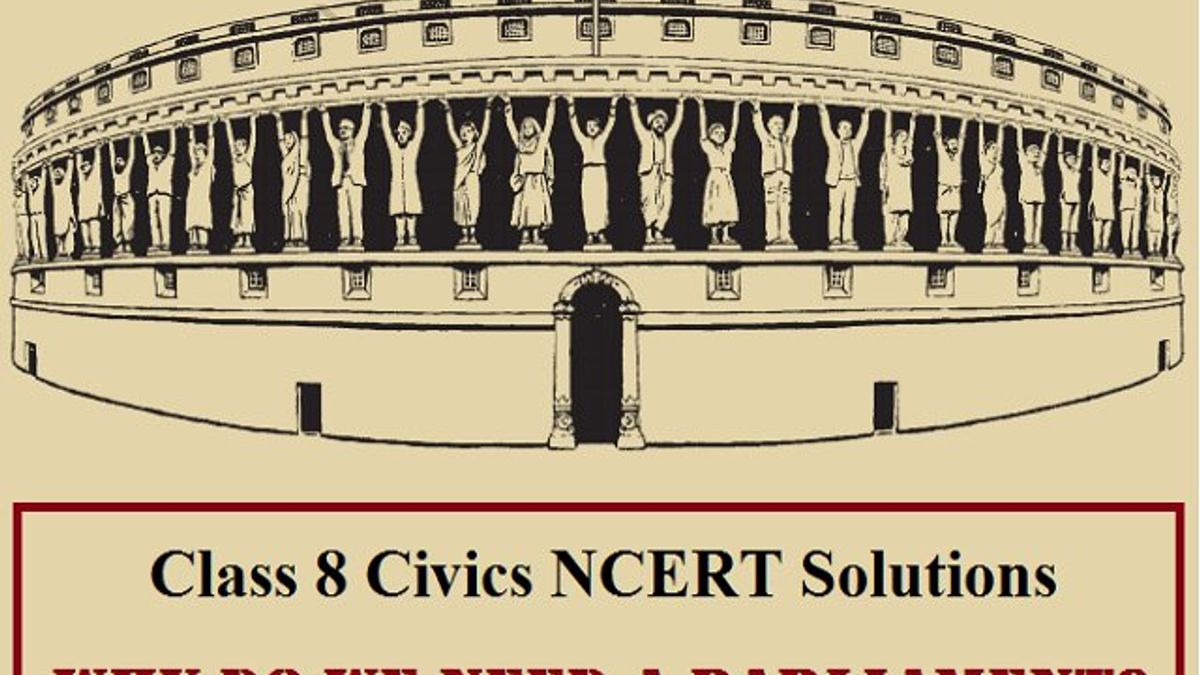 Get here the NCERT Solutions for Class 8 Social Science Civics Chapter 3 - Why Do We Need a Parliament.  We have provided here accurate and thorough answers to all the in text and exercise questions given in chapter 3 of the latest edition of Class 8 Civics NCERT Book. You can read and download all the questions and answers here in PDF.

1. Use the terms ‘constituency’ and ‘represent’ to explain who an MLA is and how the person gets elected?

MLAs are elected directly by voting, from a set of candidates who stands in their respective constituencies. Candidate who secures the maximum number of votes is declared a winner and becomes the Member of Legislative Assembly (MLA).

2. Discuss with your teacher the difference between a State Legislative Assembly (Vidhan Sabha) and the Parliament (Lok Sabha).

3. From the list below, identify the work of a State government and that of a Central government.

(a) The decision of the Indian government to maintain peaceful relations with China.

(b) The decision of the Madhya Pradesh government to discontinue Board exams in Class VIII for all schools under this Board.

(c) Introduction of a new train connection between Ajmer and Mysore.

4. Fill in the blanks with the following words.

Members are elected for a fixed period of five years so that people can change their representative after five years if they are not satisfied with his work. Regular elections and availability of options to the voters are the key features of a democratic system.

1. Why do you think our national movement supported the idea that all adults have a right to vote?

In our struggle for independence people belonging to different backgrounds came together to fight against the British. They all wanted a free, equal and independent nation where decision-making would be in the hands of the people. The reason to fight for the freedom of the nation was to live in a country governed by the leaders who were sensitive to people’s needs and demands. That is why nationalist movement supported the idea of universal adult franchise, so that the people can take part in the decision making of the country.

Download all the NCERT Solutions for Class 8 Civics Chapter 3 from the following link: