NCERT Solutions for Class 8 Social Science History Chapter 1 - How, When and Where 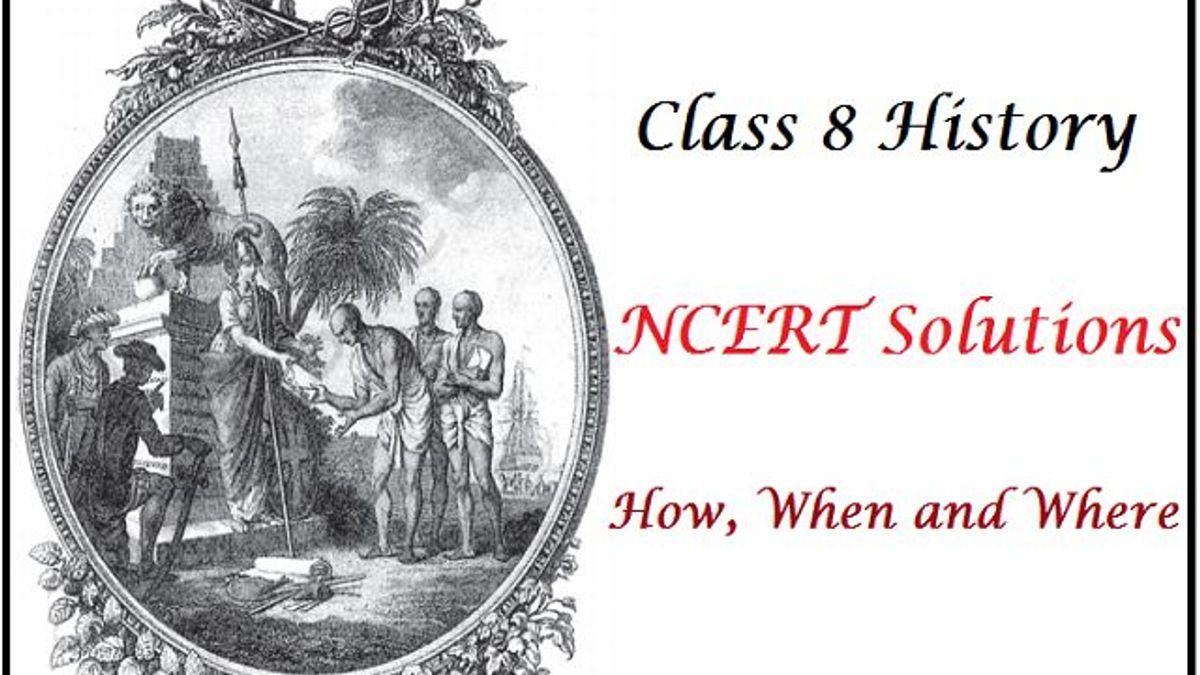 NCERT Solutions for Class 8 Social Science History Chapter 1 - How, When and Where will provide you the accurate and simple answers that will help you understand the concepts easily and continue your studies without a doubt. These solutions will also help you to score higher marks with the help of well illustrated answers. All the questions and answers of Class 8 History Chapter 1  are provided here in PDF format.

Chapter 1 - How, When and Where

1. State whether true or false:

(b) Official documents help us understand what the people of the country think.

(c) The British thought surveys were important for effective administration.

What is the problem with the periodisation of Indian history that James Mill offers?

Mill thought that all Asian societies were at a lower level of civilisation than Europe. According to him, before the British came to India, religious intolerance, caste taboos and superstitious practices dominated social life under the rule of Hindu and Muslim despots. Mill felt that only British rule could civilise India and to do this it was necessary to introduce European manners, arts, institutions and laws in India.

3. Why did the British preserve official documents?

British preserved official documents, because they thought that by keeping all the records in written it would be easier for them or any other persons to know about the decisions taken in the past. they clearly noted down all the policies, instructions, plans, agreement and important things related to the administration of the country,  so that in the future, those records can serve as proofs of all the decisions that they had taken. One can study the notes and reports that were prepared in the past.

4. How will the information historians get from old newspapers be different from that found in police reports?

To write about a period in history, historians need to gather data and information from various sources, both official and unofficial, to bring about a clearer and wider picture of the life of the people in that period. The information that the historians get from old newspapers and police reports can be entirely different. The archived official documents provide the picture from the point of view of the people in power. A police report is one such official document. The police report comes from an administrative viewpoint and the types of details that we can obtain from them are often restricted. However, this is also a disadvantage as the police records restrict the amount or the kind of information one can possibly get from them. A police report is strictly confined to the procedures and is concerned with record-keeping, rather than building a narrative.

So to get a wider view of a period in history, historians go through the unofficial records relating to that period, like old newspapers, diaries of people, accounts of pilgrims, autobiographies of important personalities, booklets, etc. Unlike the restricted nature of official sources like police records, unofficial records like old newspapers provide varied information to the historians that might bring out the finer details about an event or a happening. On the other hand, police reports often neglect the information that does not directly serve the function of law enforcement. However, it would not be right to say that such information represents the complete truth. Even a newspaper report may be influenced by the reporter's personal thoughts and interests.

Download all the NCERT Solutions for Class 8 History Chapter 1 from the following link: