Find here the NCERT Solutions for Class 8 Social Science History Chapter 4 - Tribals, Dikus and the Vision of a Golden Age. Download the best and comprehensive solutions in PDF here. 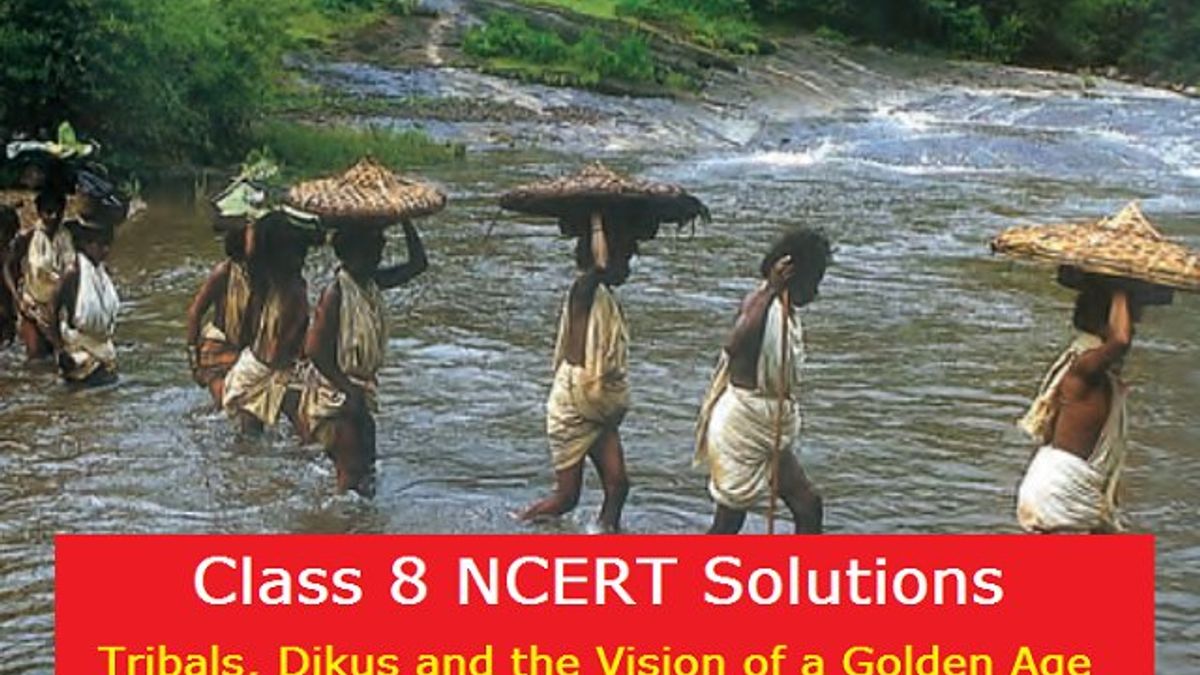 NCERT Solutions for Class 8 History Chapter 4 - Tribals, Dikus and the Vision of a Golden Age are provided here for free PDF download. Get here the best explained answers to all questions given in chapter 4 of the latest NCERT History Book of Class 8. Download all the questions and answers in PDF here.

Tribals, Dikus and the Vision of a Golden Age

(c) The tribal chiefs got ____________ titles in central India under the British land settlements.

(a) The British described the tribal people as wild and savage.

(b) The method of sowing seeds in jhum cultivation is known as broadcasting.

(c) The tribal chiefs got land titles in central India under the British land settlements.

(d) Tribals went to work in the tea plantations of Assam and the coal mines in Bihar.

(a) Jhum cultivators plough the land and sow seeds.

(b) Cocoons were bought from the Santhals and sold by the traders at five times the purchase price.

(c) Birsa urged his followers to purify themselves, give up drinking liquor and stop believing in witchcraft and sorcery.

(d) The British wanted to preserve the tribal way of life.

(d) False, the British did not want to preserve the tribal way of life.

3. What problems did shifting cultivators face under British rule?

4. How did the powers of tribal chiefs change under colonial rule?

The tribal chiefs enjoyed a certain amount of economic power and had the right to administer and control their territories. But under the colonial rule, their functions and powers changed to a great extent:

5. What accounts for the anger of the tribals against the dikus?

The tribals considered the British, moneylenders and traders as ‘dikus’ which means outsiders. They believed that the dikus were responsible for all their miseries. The reasons for their anger against the dikus were as follows:

6. What was Birsa’s vision of a golden age? Why do you think such a vision appealed to the people of the region?

Birsa Munda was a charismatic leader of the Munda tribe. His vision of golden age was the arrival of the time when the tribals would have their land free of dikus and regain their lost glory. He talked about the age when the tribals would not kill each other and live an honest life. He urged the people to give up drinking liquor, clean their village, and stop believing in witchcraft and sorcery. He did not want any role of outsider participants like missionaries, Hindu landlords, moneylenders, traders and Europeans.

His vision appealed to the people as they believed that all their miseries were the result of the unfair laws and policies of the dikus. They will lead a free and peaceful life only when they will regain their land.

Download all the NCERT Solutions for Class 8 History Chapter 4 from the following link: