In the NDA & NA (II) 2017 Exam, the question from history covered key areas such as – architecture, travelers, Indian freedom struggle, etc.  For the benefit of the NDA aspirants, Jagran Josh is providing geography questions, answers along with detailed explanation. 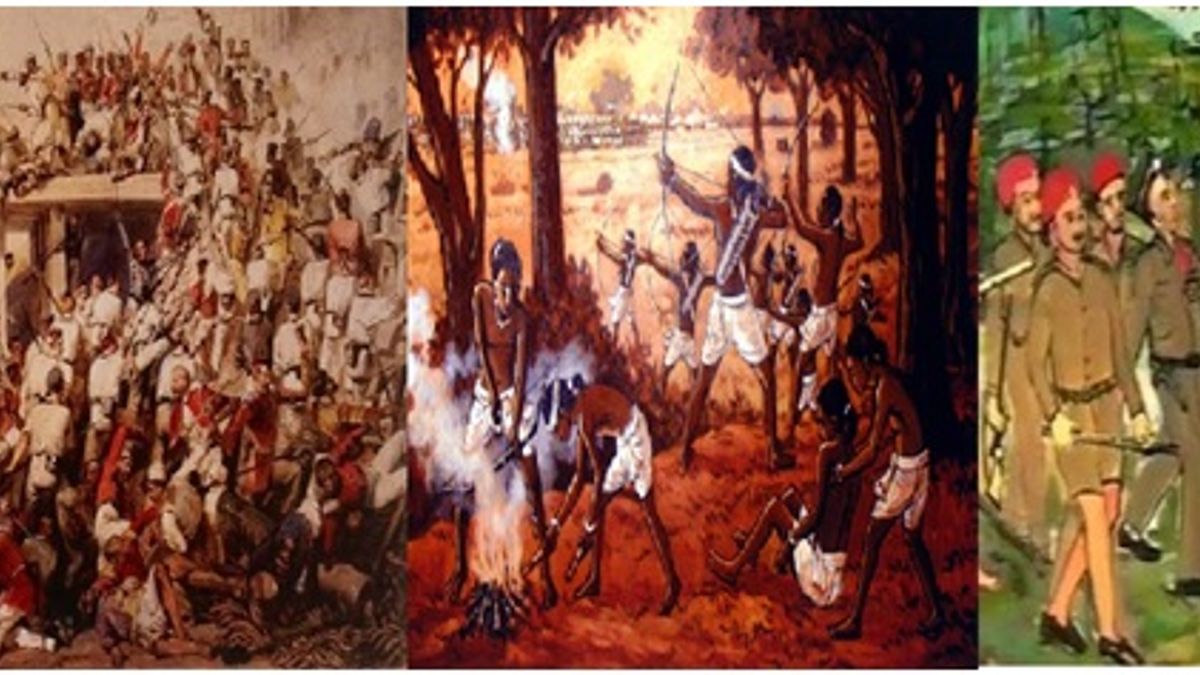 In the NDA & NA (II) 2017 Exam, the question from history covered key areas such as – architecture, travelers, Indian freedom struggle, etc. For the benefit of the NDA aspirants, Jagran Josh is providing geography questions, answers along with detailed explanation.

The Indian Struggle, 1920–1942 is a two-part book by the Indian nationalist leader Netaji Subhash Chandra Bose that covers the 1920–1942 history of the Indian independence movement to end British imperial rule over India. Banned in India by the British colonial government, The Indian Struggle was published in the country only in 1948 after India became independent.

2. Which one of the following about the Swadeshi Campaign in 1896 is not correct?

(a) Its centre was Maharashtra

(b) Its main participants were students

(c) It opposed the levy of tariff on imports

Ans. (c) It opposed the levy of tariff on imports

In fact, the Swadeshi Campaign in 1896 vouched for levying tariff on imports to promote the home made products.

3. Which one of the following associations was founded in London by Dadabhai Naoroji in 1866?

(a) The Bengal British India Society

(b) The East India Association

Ans. (b) The East India Association

The “Grand Old Man of India” Dadabhai Naoroji initiated establishment of East India Association, at London. It was one of the predecessor organizations of the Indian National Congress in 1867. The idea was to present the correct information about India to the British Public and voice Indian Grievances. In 1869, this organization opened branches in Bombay, Kolkata and Madras. It became defunct in 1880s.

4. Which one of the following statements about the Ilbert Bill is correct?

(a) It proposed that the Indian magistrates would try Europeans in criminal cases.

(b) It allowed Indians to file criminal cases against Europeans.

(d) It was an agitation led by Ilbert in support of the nationalists.

Ans. (a) It proposed that the Indian magistrates would try Europeans in criminal cases.

The 'Ilbert Bill' was a bill introduced in 1883 under the reign of the Viceroy Lord Ripon (who earned the epithet Ripon-The good) which was written by Sir C.P Ilbert (The law member of the Viceroy's Council). According to the said Act, Indian judges could try a European accused.

5. Who among the following was the founder of the Avadh Kingdom in the 18th century?

Saadat Ali Khan was the Subahdar Nawab of Awadh from 26 January 1722 to 1739 and the son of Muhammad Nasir. At the age of 25 he accompanied his father Muhammad Nasir and joined the final campaign of the Mughal Emperor Aurangzeb against the Maratha in the Deccan, where the Mughal Emperor honorably awarded him the title Khan Bahadur for his steadfast services.

6. Who among the following was the founder of the Young Bengal Movement?

The Young Bengal movement was a group of radical Bengali free thinkers emerging from Hindu College, Calcutta. They were also known as Derozians, after their firebrand teacher at Hindu College, Henry Louis Vivian Derozio.

7. Which one of the following statements about the Quit India Movement is not correct?

(b) Ahmedabad Textile Mills went on strike for more than three months.

(d) Communist Party did not support the movement

In fact, Muslim League and Hindu Mahasabha actively participated in the movement didn’t participate in the 1942 Quit India Movement.

Which one of the following is the correct chronological order of the above in ascending order?

9. Which one of the following travelogues has given an insight on the reign of Muhammad Bin Tughlaq?

(b) Francois Bernier's Travels in the Mogul Empire

In 1334, Ibn Battuta arrived in India all the way through the mountains of Afghanistan, during the time when Tughlaq dynasty was at its height.
On his approach towards Sultan Muhammad Tughlaq, he learnt that the great Sultan liked to take gifts from his visitors, and in return the Sultan, used to give gifts, which are of far superior worth to visitors.

10. Consider the following statements about the Nagara style of temple architecture:

1. This style of temples are commonly found in the areas between Himalayas and Vindhyas.

2. The most striking feature of this style is its pyramidal shikhara.

Ans. (a) 1 only
Nagara temples have two distinct features – one, the temple is a square with a number of graduated projections in the middle of each side giving a cruciform shape with a number of re-entrant angles on each side. Two, In elevation, a Shikhara, i.e., tower gradually inclines inwards in a convex curve, using a concentric rotating-squares and circles principle.