OTET 2016 result has been released. Candidates can check the result for Paper 1 and Paper 2 at bseodisha.nic.in 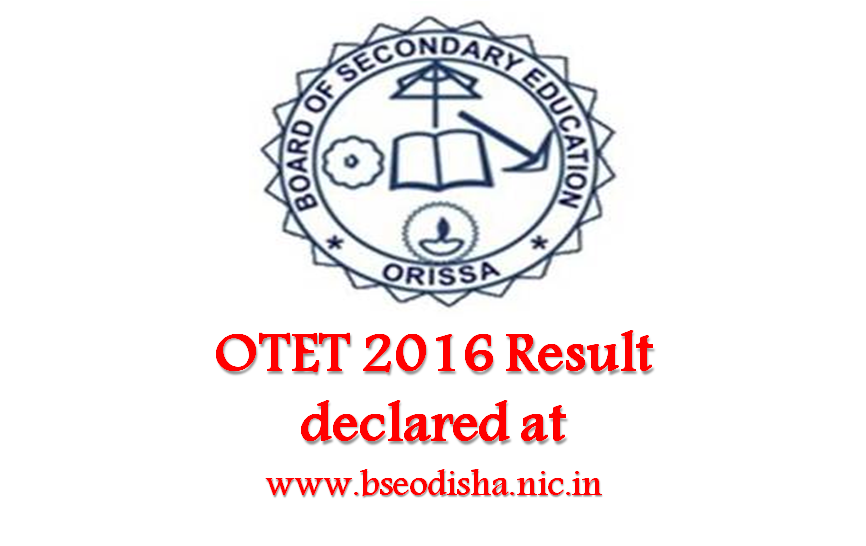 The result of Odisha Teacher Eligibility Test (OTET) 2016 has been declared. Candidates who had appeared for the examination can check their result at bseodisha.nic.in. The Board has declared the result for both Paper 1 and Paper 2.

Odisha Board of Secondary Education had conducted the OTET examination 2016 on 03 August. The registration procedure for the examination was held in the month of June.

Candidates who have a dream of pursuing teaching career had applied for the examination in huge numbers. The examination comprised of two papers. While paper 1 was held for higher secondary and diploma in elementary education, the paper 2 was held for graduation along with BEd.

Along with the result, the Board has also released the final scoring keys of paper 1, paper 2 – social studies and maths and science

Near about 98000 candidates had appeared for the examination, this year. The validity of OTET certificate will be valid for a time period of 07 years from the date of OTET exam.