Find out about the well-known IIM alumni who are the Super CEOs, Thought Leaders, and Academic Experts of 21st century. Read about their career paths and achievements which led to their growth and earn name and fame as distinguished IIM alumni. 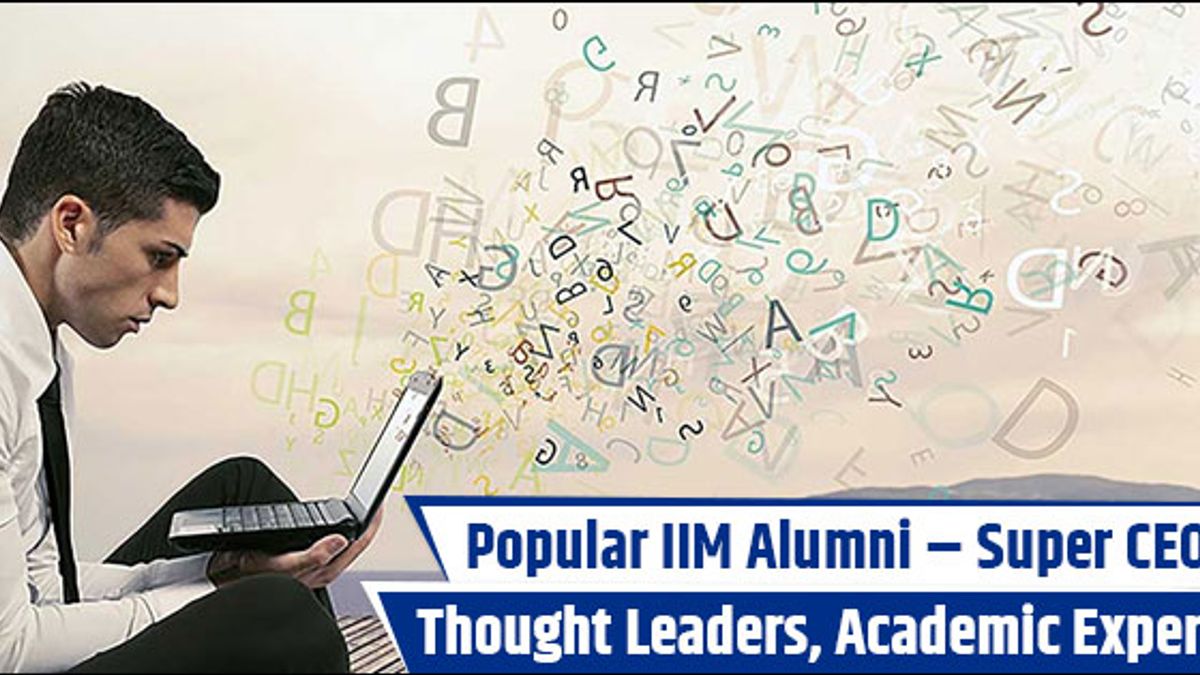 Popular IIM Alumni from IIM A, IIM B and IIM C

IIM alumni are everywhere around the globe and have made India proud India with their exceptional achievements and contribution in various fields of specialisations. The alumni of IIM are today’s thought leaders, super CEOs and academic experts. The journey from the day they grabbed the first campus placements till today, life has been a roller-coaster ride for them. Their career paths have become inspirations for the other IIM aspirants who strive hard to get into the prestigious MBA institute of India.

Let’s find out more about these well-known IIM alumni and what makes them special, here:

Former RBI Governor, Raghuram Govind Rajan is a proud alumnus of IIM Ahmedabad. He served as 23rd Governor of the Reserve Bank of India between September 2013 and September 2016. Prior to becoming RBI governor, he served as the Chief Economist and Director of Research at the International Monetary Fund between 2003 and 2006. He has also worked as Vice-Chairman of the Bank for International Settlements in 2015 i.e. during his during his tenure at the Indian Reserve Bank. His illustrious background and honours are an inspiration for other IIM aspirants.

Another wizard that graduated from the IIM Ahmedabad is Mr. K.V. Kamath who is one of most accomplished business leaders in India. Mr. Kamath served as Chairman of Infosys Limited and Co-Chair of World Economic Forum’s annual meeting in Davos. He played a pivotal role in enabling ICICI bank become a ‘universal bank’ in Indian baking system. He is one of the finest distinguished personalities who had put considerable efforts in brining a revolution in Indian Baking Industry. Mr. K.V. Kamath is truly a super CEO of 21st century.

Profession: Former Chief Economic Adviser to the Government of India

Arvind Subramanian is an Indian economist and the former Chief Economic Adviser to the Government of India, having taken charge of the position on 16 October 2014 to 20 June 2018 succeeding Raghuram Rajan. The post of CEA was lying vacant for over a year since Raghuram Rajan left the finance ministry to join the RBI as governor in September 2013.

Profession: Filmmaker (I am Kalam)

Filmmaker by profession and an academic expert at IIM Bangalore, Nila Madhab Panda is at present a successful film producer who has earned considerable name and fame in the film making industry at both national and international platforms. Panda has produced and directed over 70 critically acclaimed cult films, documentaries and short movies. His focus primarily rests in raising awareness about the social issues pertaining to issues like climate change, child labor, education, water issues, sanitation and other developmental issues in India. He is working on the agenda to bring about a positive social change in the nation and as alumni of IIM; he has set an example for many others to follow.

Among the other alumni Vipul Parekh is anther go-getter who commenced BigBasket venture in the year 2011. Before kick starting Big Basket he was associated with Fabmart which was an offline grocery store. Using his expertise in this domain, he decided to carve a niche in the dotcom space with the grocery business. Mr. Parekh has done commendable job in enabling ease of time and cost for a common household. Call him a though leader or a super CEO, he has left no stone unturned in taking the name of IIM Bangalore to considerable heights.

These were a few eminent and established IIM alumni whose remarkable career is an inspiration for the young IIM graduates. Wishing you an insightful journey at the IIM and a prosperous career ahead!

For more such articles, keep visiting MBA section of jagranjosh.com.

What makes an entrepreneur! 7 success stories of IIM alumni