SSC CHSL Tier 2 exam will be held on 18 September. Changes have been made to the examination pattern of SSC CHSL 2015. Learn more about the new exam pattern here. 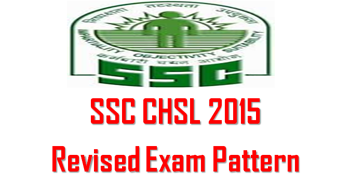 SSC CHSL Tier 2 exam will be held on 18 September. Changes have been made to the examination pattern of SSC CHSL 2015. Learn more about the new exam pattern here.

Staff Selection Commission (SSC) has declared new changes in the exam pattern of CHSL 2015. The Commission has introduced Tier 2 exam, where qualified candidates have to appear for descriptive paper of 100 marks in ‘Pen and Paper’ mode. This exam will be held before the skill test/ typing test (Tier 3).

The duration of the exam will be one hour where the writing skill of students will be assessed. The Paper would comprise writing of an Essay of 200-250 words and Letter / Application writing of approximately 150-200 words. Paper can be answered in Hindi or English.

The Commission has further stated that the minimum qualifying marks in Tier-II would be 33 per cent and the performance will be included for preparing merit.

Tier 3 examination will be of qualifying nature. The final merit of the successful candidates would be determined on the basis of total score obtained by them in Tier 1 and Tier 2.

The Commission had announced the result of SSC CHSL Tier 1 Exam earlier. 30 lakh students had appeared for the exam, while only 60 thousands could manage to qualify the exam.