UPTET Result 2015 Declared on 29 March, Check on Official Website upbasiceduboard.gov.in. The result is declared on the basis of UPTET Exam 2015. 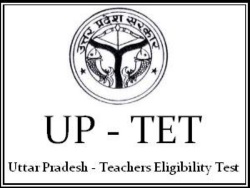 UPTET Result 2015 Declared on 29 March, Check on Official Website upbasiceduboard.gov.in. The result is declared on the basis of UPTET Exam 2015.

Office of the Secretary Examination Regulatory Authority declared result for Uttar Pradesh Teacher Eligibility Test (UPTET) Exam 2015. Candidates are selected on the basis of examination conducted by the commission on 02 February 2016.

According to the notification issued by the commission at the primary stage, total 59062 candidates were declared passed at the upper primary level; the number of qualified candidates is 87353. The result would be available at the official website till 29 April 2016.

Teacher Eligibility Test known as TET is an Indian entrance examination for teachers. The test is mandatory for getting teaching jobs in government schools from Class 1 to Class 8.

Paper 1 is meant for teachers opting for Class 1 to Class 5 and Paper 2 for Class 6 to Class 8. It is conducted by both Central government and State governments in India. Most states conduct their own TET.[1] The test is conducted in order fulfill and achieve the goals of the Right of Children to Free and Compulsory Education Act.

Candidates can check their result from the link given below.