Where was the ‘game of mind’ Chess invented?

This article will let you know about the invention of the indoor game “Chess” and the various modifications it went through over the centuries.

Q. Where was the ‘game of mind’ Chess invented?

Ans. Chess, universally known as the game of the mind is one of the oldest games in the world and it is assumed to have originated in India during the Gupta empire in the 6th century where it was called ‘Chaturanga’ which translates as 'the four divisions', meaning infantry, cavalry, elephantry, and chariotry, which later evolved into the modern pawn, knight, bishop, and rook, respectively. From India, the game spread to Persia. When the Arabs conquered Persia, chess spread to Southern Europe. In Europe, the moves of the pieces changed in the 15th century and the game evolved roughly into its modern form. 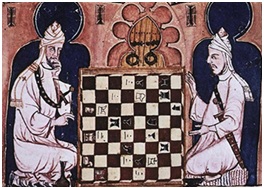