Chandrayaan-3: ISRO’s another bid to land on Moon

Chandrayaan-3: The Indian Space Research Organization (ISRO) can send Chandrayaan-3 as its second bid to land on Moon. As per the media reports, ISRO has decided to start work on next moon mission by November 2020.

ISRO has formed several committees for Chandrayaan-3. High-level meetings of these committees have been held since October 2019. However, it will take at least three years to prepare its lander, rover, rocket and payloads.

Also Read | ISRO Chandrayaan- 2: What happened, next what and everything you should know

On the one hand, ISRO is preparing to launch Chandrayaan-3 as soon as possible, while on the other hand, Chandrayaan-2's Orbiter has sent an image of the Moon. ISRO has released a picture of the 3D view of the crater by the terrain mapping camera of Chandrayaan-2. It is said that this picture was taken from 100 km orbit. A huge crater can be seen on the moon in this picture. This crater looks like a lava tube. 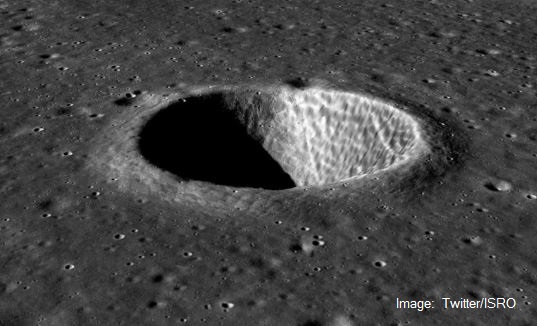 ISRO tried to make Chandrayaan-2 lander a soft landing on the moon in September this year. However, Vikram Lander lost contact because it made a hard landing. Chandrayaan-2 tried to land at the south pole of the moon, but it could not succeed. However, the orbiter is functioning properly and scientists say that it will continue to do its work for seven years.