In the worst attack in the Pacific country’s history, at least 49 people have been killed and over 20 injured in shootings at two mosques in Christchurch, New Zealand. The mosques attacked were - Al Noor Mosque in central Christchurch and another one was Linwood Islamic Centre in suburban Linwood. 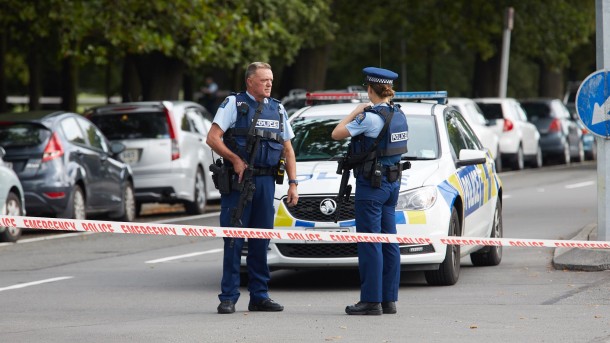 In the worst attack in the Pacific country’s history, at least 49 people have been killed and over 20 injured in shootings at two mosques in Christchurch, New Zealand.

The mosques attacked were - Al Noor Mosque in central Christchurch and another one was Linwood Islamic Centre in suburban Linwood.

Several guns were recovered from both mosques. Two explosive devices were found on two vehicles at the locations, of which, one was disabled.

Following the attacks, the cities were placed in lockdown, with schools and public buildings closed.

Reactions from political leaders across the globe

Leaders of various countries including Indonesia, Malaysia, Turkey, Afghanistan, Pakistan, Australia and others condemned the attacks.

Bangladesh’s cricket team was managed to escape the attack location after shots were fired. The team was due to play the final Test match of their New Zealand tour.

Four suspects, 3 men and a woman, were taken into custody; however, one was released later. All the suspects are not on any watchlist in New Zealand or in Australia.

Australian citizen Brenton Tarrant of late 20s age has been charged with murder and will appear in Christchurch Court on March 16, 2019.

Story 2: India, US to sign agreement for exchange of Country-by-Country Reports

India and the United States will sign the Bilateral Competent Authority Arrangement along with an Inter-Governmental Agreement for exchange of Country-by-Country (CbC) Reports on or before March 31, 2019.

The absence of an Agreement between India and USA till now entailed a possibility of local filing of CbC Reports in India.

The agreement would enable both the countries to exchange CbC Reports filed by the parent entities of International Groups in the respective jurisdictions commencing on or after January 1, 2016.

The objective is to ensure that all tax authorities have access to the same information about an MNC’s value chain and the resulting tax consequences.

As per the Sub-section (4) of Section 286 of the Income-tax Act, 1961, India constituent entities of multinationals has to furnish a Country-by-Country (CbC) Report for a reporting accounting year within the period as may be prescribed.

India entities are required to locally file the country-by-country report in the following situations:

• Where there has been a systemic failure of the country to exchange country-by-country reports with a country in which the ultimate parent entity is resident and the failure is intimated by the prescribed authority to the India constituent of the international group.