Indian fans across the world have been praying for the weather to clear in Manchester. Though it was raining heavily till yesterday, since today morning it was partly cloudy but the rain had stopped and the sun was out. The weather was warmer and brighter now. However, light showers were expected later in the day.

Latest update: Covers are coming off in Old Trafford. Rain has stopped. Sun is out. Groundstaff out working

The Duckworth–Lewis–Stern method (DLS) is a mathematical calculation designed to calculate the target score for the team batting second in a limited overs cricket match that has been interrupted by weather or other circumstances.The DLS calculator is accepted to be the most accurate method of setting a target score.

Who devised the DLS method?

The method was originally devised by two English statisticians-Frank Duckworth and Tony Lewis and it was known as  Duckworth–Lewis method (D/L). Following the retirment of the two professors, Professor Steven Stern became the custodian of the method and it was renamed as Duckworth–Lewis–Stern method in November 2014.

How is the new target score decided using DLS calculator?

While setting the target for the team batting second when overs are lost, it is difficult to adjust the chase target and reduce it proportionally to the loss in overs, because a team with ten wickets in hand and 25 overs to bat can play more aggressively and achieve a higher run rate than if they had ten wickets and a full 50 overs.

Hence, the DLS method aims to set a statistically fair target for the second team's innings, which is of the same difficulty as the original target.

One of the most anticipated clashes in the ICC World Cup 2019, India vs Pakistan, has been paused due to rain. Light showers were predicted in the second half. The Manchester weather report for June 16 had reported light showers during the day.

Since 7 am, the rain has stopped pouring in Manchester and the sun had come out. It was still slightly cloudy but had got warmer during the day. The expected light shower forced the umpires to call for the covers to be brought on. 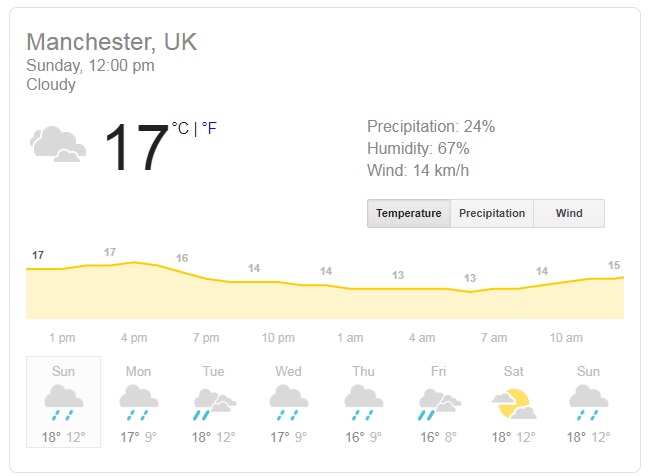 Will India vs Pakistan match be delayed?

The epic clash between India and Pakistan had begun on time. The sun was out when the match had begun. England’s Met department’s forecast had predicted 50 percent chance of rain in the afternoon, just around the second half of the play and it said that if it does rain, it is expected to continue till 7pm in the evening in UK local time.

The chances of a full 50-over match taking place between India and Pakistan is very grim.

What is at stake for India and Pakistan?

The significant match between India and Pakistan is scheduled to begin at 10.30 am on June 16 at the Old Trafford stadium in Manchester.

India is currently ranked fourth in the world cup points table with 5 points in 3 matches, while Pakistan is ranked eighth with three points in 4 matches.

The 'rain' has been a major disrupter in the ongoing ICC Cricket World Cup 2019, playing as the "eleventh world cup team". Indian fans were in for a huge disappointment when India’s match against New Zealand got washed out due to rain. India and New Zealand’s cricket match got abandoned without a ball being bowled and both the teams had to share one point each. Now, the Indian fans are deeply concerned about the weather forecast for India’s upcoming mother-of-all-clashes against Pakistan.

With India’s match called off, the total tally of matches abandoned due to rain in the ongoing world cup goes up to four. Previously, Pakistan vs Sri Lanka, Bangladesh vs Sri Lanka and South Africa vs West Indies matches were abandoned due to poor weather in England. Sri Lanka is the only team to have got two of its matches washed out due to rain, a factor that will definitely impact the team’s chances to reach the semi-finals.