Bangladesh and Bhutan captured third and fourth place in the tournament, respectively. 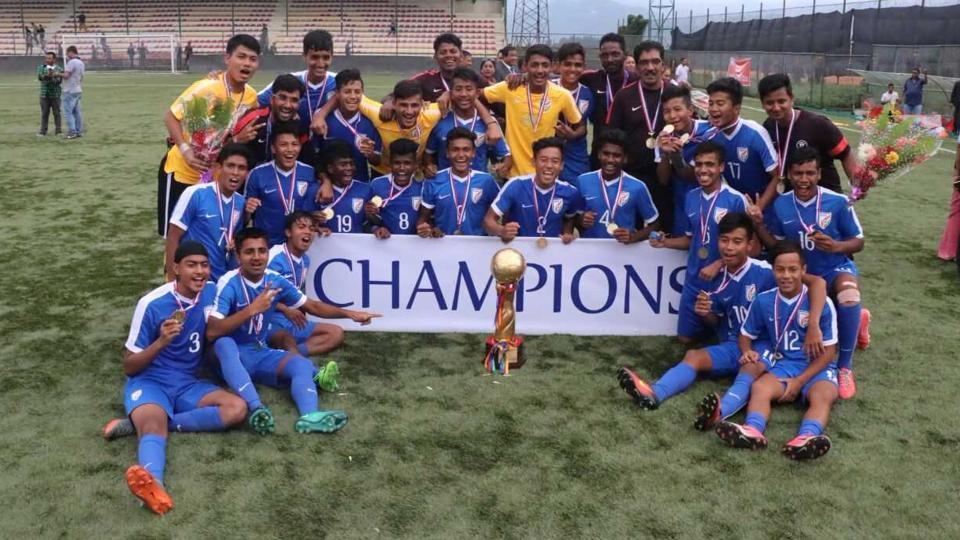 The India football team on 27 August 2017 defeated Nepal 2-1 to win the South Asian Football Federation (SAFF) Under-15 Championship at the ANFA Complex, Satdobato in Nepal.

Bangladesh and Bhutan captured third and fourth place in the tournament, respectively.

About SAFF U-15 Championship

• The SAFF U-15 Championship is an international football competition contested by the national teams of the members of the South Asian Football Federation.

• The first edition of the tournament took place in Nepal in August 2011.

• The tournament was previously known as the SAFF U-16 Championship.

• Since most teams use to send their U-15 team, the tournament’s name was officially changed to U-15 tournament.