The Pradhan Mantri Jan Dhan Yojana started on the eve of Independence day in 2014. Since then this project has linked 30 crore families with the banking network and has deposited more than 65000 crore rupees in their accounts. In three years, Jan Dhan scheme unleashed JAM revolution which includes PMJDY, AADHAR and mobile.It is that effort which resulted into linking of 73.62 crore accounts with about 52.4 crore unique Aadhaar numbers in India. 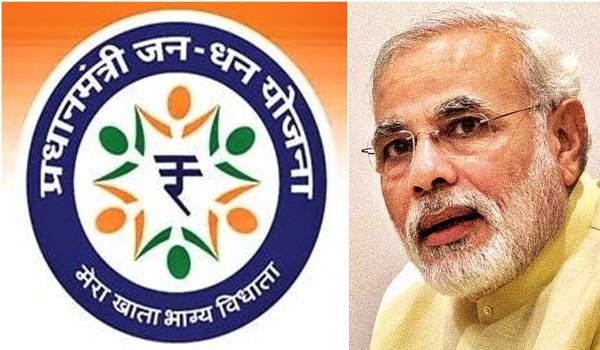 Pradhanmantri  Jan-Dhan-Yojana, a dream project of Prime Minister Modi has completed the 3 years in August  2017. The PMJDY started on the eve of Independence day in 2014. Since then this project has linked 30 crore families with the banking network and has deposited more than 65000 crore rupees in their accounts.

What is this Project?

The PMJDY aims to ensure all financial access to its citizen which started under “National Mission for Financial Inclusion”. This flagship program includes the opening of bank accounts for all at minimum KYC, providing them the RuPay cards for electronic transactions, and ensure the hassle free credit and insurance.

Achievements of this project

JAM Trinity:
However, these programs were only the glimpses of what government was thinking in the broader perspective. All the programs turned out to be the first step for the revolution named as JAM Trinity.

The Term JAM was coined by and conceptualized by the Arvind Subramanian, which later on proved as a social revolution by linking PMJDY, AADHAR and mobile. It is that effort which resulted into linking of 73.62 crore accounts with about 52.4 crore unique Aadhaar numbers in India.

Now with the BHIM app and the Unified Payments Interface (UPI), JAM can become fully operational. A secure and seamless digital payments infrastructure has been created so that all Indians, especially the poor can become part of the digital mainstream.

The JAM social revolution offers substantial benefits for government, the economy and especially the poor. The poor will have access to financial services and be cushioned against life’s major shocks. Government finances will be improved because of the reduced subsidy burden; at the same time, the government will also be legitimized and strengthened because it can transfer resources to citizens faster and more reliably and with less leakage.

Just as GST created one tax, one market, one India, the PMJDY and the JAM revolution can link all Indians into one common financial, economic, and digital space. No Indian will be outside the mainstream. This is nothing short of a social revolution.