Brain Teaser Picture Puzzle: In this fun quiz, try to spot the mistake hidden in the Polar Bear Penguins Picture. Can you find the mistake in 9 Seconds?

Brain Teaser Picture Puzzle: If you enjoy solving fun quizzes and puzzles, then this brain teaser is for you! Brain teasers allow you to use your analytical side and make your brain works differently. Such brain quizzes make a simple puzzle more interesting by adding a fun task to it. For coming to a solution, you need to think out of the box and analyze the problem a little differently. So, we have come up with an interesting brain teaser where you have to spot the mistake hidden inside the Polar Bear and Penguins Picture.

Can you spot the mistake in Polar Bear and Penguins Picture in 9 seconds? 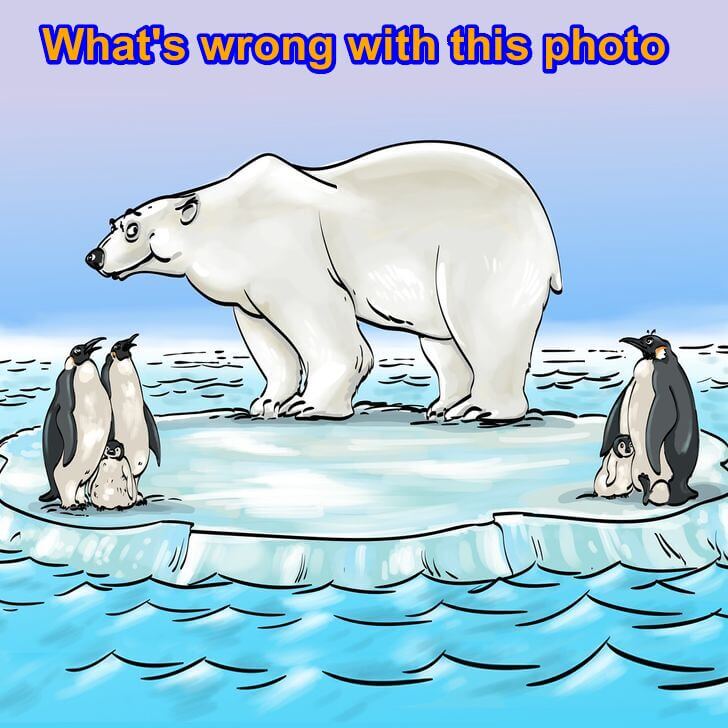 Which car would you remove to clear traffic?

In the above image, you have to spot the mistake hidden inside the picture where a Polar Bear and some Penguins are standing on the ice that is floating in the water. Both Penguins and Polar Bears live near the sea. But were you able to identify the mistake in the picture? You are required to carefully look at the image before answering the question as the answer is quite simple but tricky. As a heads up, the answers to this brain teaser have been given right below the question, so make sure you don’t scroll too far and cheat!

Hint: The mistake is somewhere hidden in the Between the Habitat of the Polar Bear & Penguins.

In this brain puzzle, you need to identify the mistake in the Picture where a Polar Bear and Penguins are floating on top of the ice in the sea. Now let's first understand where the natural habitats of a Polar Bear and a Penguin are located.

Polar Bear Habitat: Polar bears' preferred habitat is on top of the ice that covers Arctic seas much of the year. They live near the North Pole.

Penguin Habitat: Penguin habitats include oceans and coasts. They generally live on islands and remote continental regions with few land predators. They live near the South Pole. 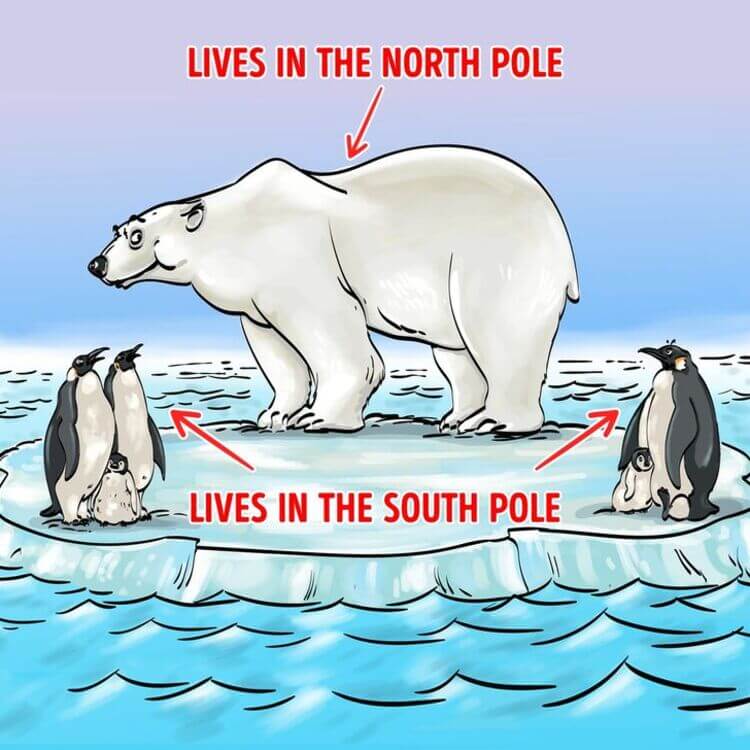 Identify which tank will fill up first

The reason behind this is that polar bears are found in the Arctic Circle region of the Northern Hemisphere. Penguins are found in the exact opposite hemisphere ranging from the Galapagos Islands to the coast of Antarctica. Both of them are separated by the warm waters around the equator. So, you’ll never find penguins and polar bears sharing an ice floe except maybe in a zoo setting.

Can you Spot which student is cheating in the classroom?

This brain teaser was a bit tricky but a simple one as it needed less time to solve. Such kind of mind riddles doesn't require mathematics skills but are a simple test of knowledge and lateral thinking. However, it sure feels great when you figure out the answer in a few moments.

Can you spot who is the most stupid person sitting on the tree?