Regionalism is a political ideology that focuses on the national or normative interests of a particular region, group of regions or other subnational entity. The rise of regionalism in India is due to diversity and variation in the India economic and social culture. In this article, we have explained the term regionalism and what are the reasons behind the birth of Regionalism in India, which is very useful for the competitive examinations like UPSC-prelims, SSC, State Services, NDA, CDS, and Railways etc. 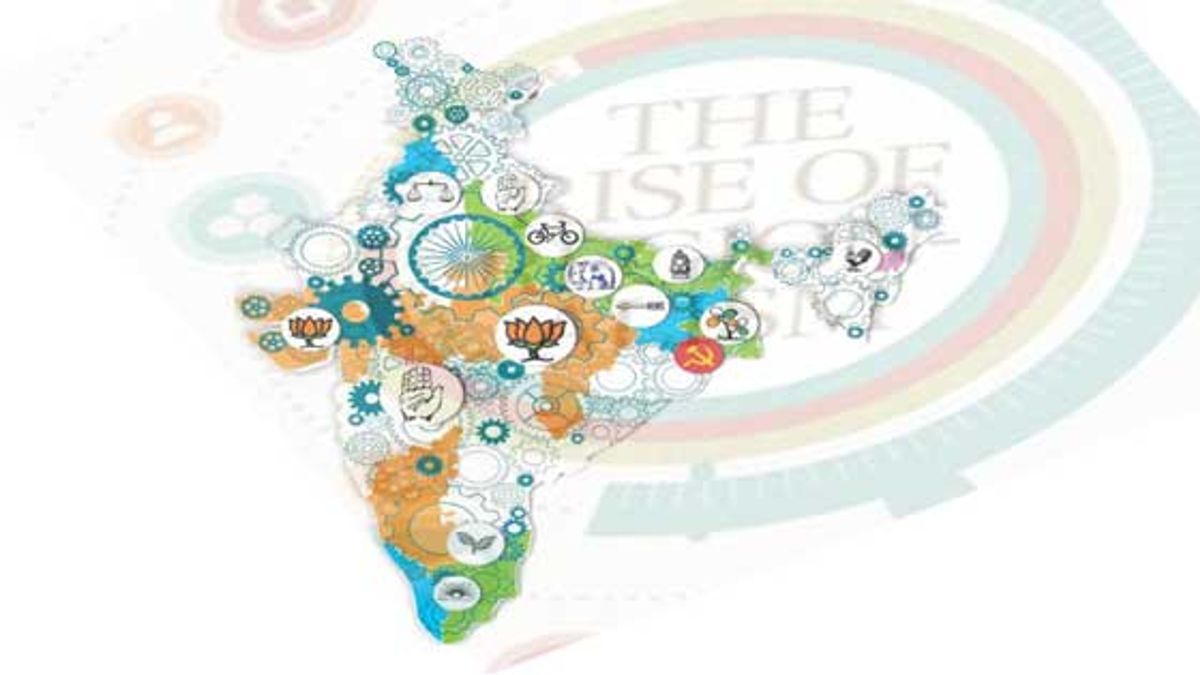 Regionalism is a political ideology that focuses on the national or normative interests of a particular region, group of regions or other subnational entity. These may be delineated by political divisions, administrative divisions, cultural boundaries, linguistic regions, and religious geography, among others.

India is a country of unity in diversity, where the power of unity is strong in spite of diversities in area, population and human-cultural factors. This power helped to develop Indian Federation. The rise of regionalism in India is due to diversity and variation in the India economic and social culture.

Reasons behind the birth of Regionalism in India

There are various reasons for its emergence of Regionalism in Indian Politics such as:

It is an important factor of integrating people and emotional attachments are developed, consequently, the demand of linguistic states started. Although, the intensity of the demand of linguistic states has been decreased now, yet the regional conflicts keep rising in the interest of language. Therefore, the problem of determining the national language of India has been an issue for a long time.

It is also one of the major factors of the regionalism. For Example: The demand of three autonomous states in Jammu & Kashmir is based on religion. The bases for their demands are- Kashmir for Muslim dominated, Jammu for Hindu dominated and laddakh for Buddhism dominated region.

In Indian context the historical or regional culture considered the prime components of regionalism. The historical and cultural components interpret regionalism by way of cultural heritage, folklore, myths, symbolism and historical traditions. The North-east states were created on the basis of cultural aspect. Besides the economic issues, the regional culture played significant role in the formation of Jharkhand as a state (Formation Day: 15 November 2000).

It is also major factors for the regionalism in India because the uneven pattern of socioeconomic develop­ment has created regional disparities. The categorization and sub-categorization of the states on the basis of socioeconomic indicators have generated resentment against the central leadership. For Example: Under Gadgil Formula (amended), the states like  Jammu & Kashmir, Himachal Pradesh and Uttarakhand are given special status and received 90% Central Financial Assistance. On the other hand, backward state likes Bihar getting only 30% waiver. Under the planned development, the differences between agriculture, industry and other infrastructural development encourage the regionalism.

The elitist character of leadership and unwarranted intervention by the centre in the affairs of the state has rendered the state vulnerable to regional forces. Sometimes, regional parties ignore the national interests and promote the regional interest only. Sometimes the regionalism helps to safeguard the minority interests. The Jharkhand Mukti Morcha, the TYC etc. belong to this category of the regional political parties.

Hence, we can say that every federal state must accept the appropriate demands and reject the inappropriate ones. If all the appropriate regional demands are accepted by the Federal states, then the factors of regionalism and disintegration are fanned. Those demands which are success in balancing the diversity and unity, are functionally appropriate, otherwise there is a danger like USSR scenario.

Why is it believed that the River Ganga is self-cleaning?