The International Cricket Council (ICC) is responsible for the formation of code of conduct for cricket. ICC declares ICC awards every year to recognize the best players on the basis of the performance of a year. It is observed that questions related to ICC awards are asked in many exams. So we have compiled this set of 10 questions on ICC awards 2019 for the aspirants. 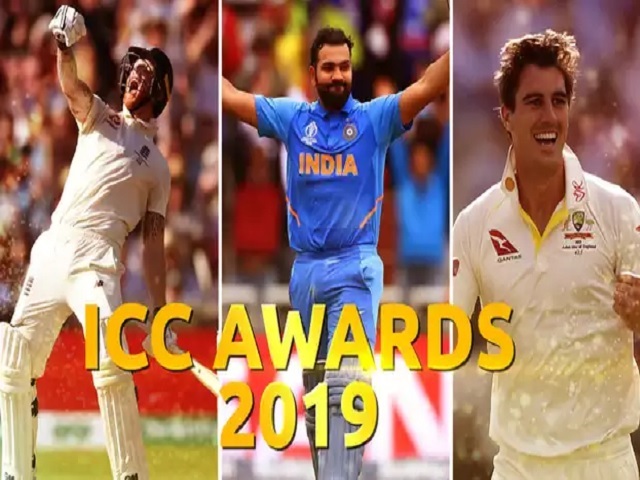 Questions based on cricket and other sports are definitely asked in various competitive examinations to be held in India. Recently, the ICC has announced its annual ICC awards for 2019. In this article, a set of quiz based on these annual awards is published. Check your preparation by solving these questions.

Explanation: The ICC Awards 2019 are given in the 17 categories. The major categories are;

i. ICC Sir Garfield Sobers Trophy for Best Cricketer of the Year

Explanation: Ben Stokes of England has been named the best player for the Sir Garfield Sobers Trophy.

4. Who has been selected as Men's Test Player of the Year at the ICC Awards 2019?
(a) Rohit Sharma
(b) Virat Kohli
(c) Pat Cummins (Australia)
(d) None of these

Explanation: At the ICC Awards 2019, the award of Men's Test Player of the Year has been given to Australia's 'Pat Cummins'.

5. Which of the following is not matched correctly?

Explanation: The award of the Women's ODI Cricketer of the Year, 2019 has been given to 'Ellyse Perry' (Australia).

Explanation: At the ICC Awards, 2019, the Spirit of Cricket Award has been given to Virat Kohli of India. In the ICC World Cup 2019, Kohli had urged the fans not to boo Steve Smith and let him play.

7. Who has been voted the best umpire by ICC in its annual awards?
(a) Alim Dhar
(b) Kumar Dharmasena
(c) Joe Wilson
(d) Richard Illingworth (England)

Explanation: The ICC has selected England's Richard Illingworth as the best umpire of the year.

Explanation: Virat Kohli has been elected the captain of the World Test XI for the third consecutive year. Mayank Agarwal is the second Indian in this test team. The Australian team has 5 players in this team.

10. Who has been given the Women's Cricketer of the Year award at the ICC Awards 2019?
(a) Ellyse Perry (Australia)
(b) Alyssa Healy (Australia)
(c) Meg Lanning (Australia)
(d) Chanida Suthiruang (Thailand)

Explanation: Woman Cricketer of the Year Award has been given to Australia's Ellyse Perry at the ICC Awards 2019.