On 8 April, 2020 people in the whole world will be able to see the biggest and brightest moon. It is known as Pink Supermoon or Super Pink Moon. Let us solve an interesting quiz on Supermoon, Full Moon. 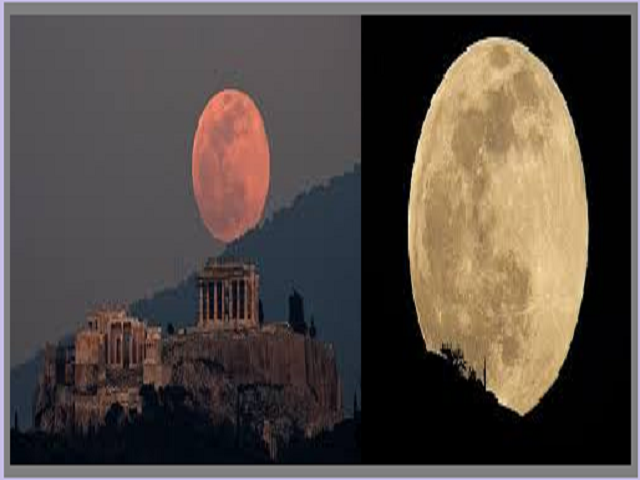 You might have noticed while looking up the sky that the Moon looks a little different each night. This is due to the various phases of the Moon and types.

1. Which of the following are the different types of Full Moons?
A. Blood Moons
B. Supermoons
C. Blue Moons
D. All the above
Ans. D
Explanation: There are several types of unusual full moon types including blood moons, supermoons, blue moons, and harvest moons, and others.

2. Who coined the term “Supermoon”?
A. Richard Nolle
B. Michel Gauquelin
C. Shawn Carlson
D. None of the above
Ans. A
Explanation: In 1979, an American astrologer Richard Nolle coined the term supermoon to describe both a new and a full moon occurring at or near perigee.

Different Phases of the Moon

9. Super Pink Moon is also known as......
A. Samkal Moon
B. Paschal Moon
C. Samach Moon
D. Puravach Moon
Ans. B
Explanation: As this full moon is the first full moon of the spring season, so-called as "Paschal Moon" that helps to set the date of Easter. The general rule is that the first Sunday after the occurrence of the Paschal Moon is designated as Easter.

About Super Pink Moon in detail