History of Ladakh and its strategical importance to India and China: Explained

Recently, violent face-off took place between India and China at the Galwan Valley over the border dispute. 20 Indian soldiers were martyred in the violent standoff. Let us have a look at the history of Ladakh and its strategical importance to both India and China. 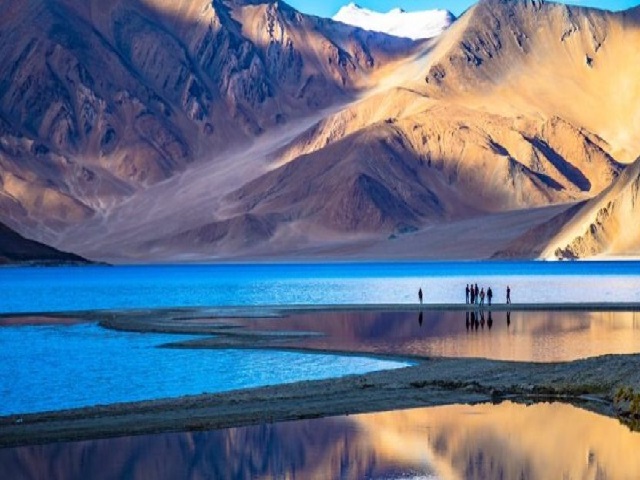 Ladakh and its importance to India and China

China Pictorial, an official monthly magazine of China, published a map in July 1958, showing large parts of the North-East Frontier Agency (NEFA) and the Himalayan territory of Ladakh as part of China. As soon as the new Chinese map emerged, the then Prime Minister of India Jawaharlal Nehru and his Chinese counterpart Zhou Enlai began exchanging letters with each other over Ladakh. The exchange of letter was followed by the Sino-Indian war of 1962.

Why is China expanding its military footprints in the Indian Ocean?

The Sino-Indian war between India and China led to the formation of the loosely delimited LAC (Line of Actual Control) running through Ladakh. In August 1959, the then Prime Minister of India, Jawaharlal Nehru in his Lok Sabha speech stated that there's a large area in the eastern and north-eastern Ladakh, which is practically uninhabited as not even a blade of grass grows in that area.

The rock carvings found in several parts of Ladakh indicate that the area has been inhabited from Neolithic times. In the 1st century, Ladakh was the part of the Kushan Empire. Ladakh, sandwiched between Kashmir and Zhangzhung Kingdom (practising Bon religion) is believed to have been alternatively in the control of one of these powers. As per the historical pieces of evidence, the upper Ladakh was influenced by the Zhangzhung language and culture. In the 2nd century, Buddhism spread in the western part of Ladakh via Kashmir.

Before the 9th century, Ladakh was a part of the Tibetan empire, but after the assassination of the King Langdarma, Tibet broke into pieces and several regions became independent. After the assassination, the great-grandson of  King Langdarma, Kyide Nyimagon, fled to West Tibet and established the new West Tibetan Kingdom. After his death, the Kingdom was divided among his three sons-- the first son got Ladakh, Rutog, Thok Jalung and Demchok), the second one got Guge–Purang and the third one got  Zanskar and Spiti.

Maryul, the first West Tibetan dynasty was founded by Palgyigon (the first son of Kydie Nyimagon) and lasted for five centuries. Maryul was staunchly Buddhist during this time and participated in the proliferation of Buddhism from India to Tibet through Kashmir and Zanskar. Mirza Haider Dughlat conquered over this region and the Mayrul dynasty ended.

In the medieval era, Ladakh was conquested by several Muslim states and during this time, many Ladakhis accepted Islam. Mir Sayyid Ali was the first one who converted people in Ladakh and is referred to as the founder of Islam. Another Shia Muslim leader visited Ladakh and spread Shia Islam in the region.

King Bhagan founded Namgyal dynasty and repelled the Central Asian raiders but were defeated. Raja Ali Sher Khan led the Balti invasion and damaged Buddhist temples and artefacts. Despite the defeat of Ladakh by several Mughal rulers, the region retained its independence.

At the beginning of the 17th century, after the Balti invasion, Islam began spreading its root in the Leh area. Several mosques were built to spread religion. In the late 17th century, Ladakh backed Bhutan over a dispute with Tibet. This lead to the invasion by the Tibetan Central Government over Ladakh and is known as  Tibet–Ladakh–Mughal war of 1679–1684. The 5th Dalai Lama paid off the Mughals and they withdrew. However, with the help of  Khan of the Zungar Empire, the Tibetans attacked Ladakh again in 1684. The Tibetans were successful and signed a treaty with Ladakh known as the Treaty of Tingmosgang in 1684 which settled the dispute between Tibet and Ladakh but severely restricted Ladakh's independence.

In 1834, Zorawar Singh, a general of Raja Gulab Singh of Jammu invaded and annexed Ladakh to Jammu under the suzerainty of the Sikh Empire. However, in 1845, the First Anglo-Sikh War was fought and the state of Jammu and Kashmir was established as a princely state under the British Empire. In the 1850s, the European influence increased in the Ladakh region and several geologists, sportsmen, and tourists exploring Ladakh.

Since 1947, Ladakh is a subject of dispute between India, Pakistan and China. In the east, the region is bordered by the Chinese Autonomous Region, Himachal Pradesh in the south, Jammu and Kashmir and Gilgit-Baltistan to the west and the southwest corner of Xinjiang across the Karakoram Pass in the far north. At the time of partition of India and Pakistan, the Dogra ruler Maharaja Hari Singh signed an agreement to accede to the Union of India. Raiders from Gilgit (Pakistan) reached Ladakh and military operations were carried out to evict them. Dras, Kargil and Leh were liberated.

In 1949, China blocked the trade routes by closing the border between Nubra and Xinjiang. In 1955, China began building roads which connect Xinjiang and Tibet via Aksai Chin. In addition to this, China in a joint project with Pakistan built Karakoram highway while India built Srinagar-Leh Highway at the same time to cut the journey time from Srinagar to Leh to 2 days from earlier 16 days. In 1962, India fought to regain its control over Aksai Chin and lost with China (Sino-Indian War).

In 1979, Ladakh was divided into-- Kargil and Leh districts. In 1989, violent riots broke out between Buddhists and Muslims. In the 1990s, after the demands by the Kashmiri dominated government, the Ladakh Autonomous Hill Development Council was established to look after the Kargil district of Ladakh. In 1999, Kargil War broke out between India and Pakistan in Kargil district and elsewhere along LOC (Line of Control). India won the Kargil War and regain its possession in the Kargil area.

There is a heavy deployment of the Indian Army and Indo-Tibetan Border Police in the Ladakh region. These forces and People's Liberation Army forces from China have witnessed frequent face-offs along the LAC (Line of Actual Control).

On October 31, 2019, Ladakh became a separate Union Territory and is administered by a Lieutenant Governor acting on behalf of the Central Government of India. The Union Territory does not have an elected legislative assembly or chief minister. The area has two capitals-- Leh and Kargil.

Ladakh is of strategic importance to both India and China throughout the Himalayan region. Aksai Chin, which was initially part of Ladakh before the invasion of China in 1962, connects Xinjiang, to Tibet.  Ladakh has not yet been fully explored for its natural resources and is crucial to give a boost to the Indian economy. India has recently reactivated its old airfields to reduce the reliance on Leh as the main air support hub for Ladakh and has invested heavily in the DSDBO road construction. The road will allow easy access to Aksai Chin and has been continuously opposed by China. Aksai Chin is also crucial to China as it connects it to Central Asia-- China-Pakistan Economic Corridor.

Recently, a violent face-off took place between India and China at the Galwan valley over the border dispute. At least 20 Indian soldiers were martyred in the violent standoff.

Darbuk-Shyok-Daulat Beg Oldie Road: All you need to know about the strategically important road for India