ICC Player Ranking is a table where the performance of international cricketers is ranked using a Points Base System. Players are rated on a scale of 0 to 1000 points. If a player's performance is better than previous year’s performance then his points increase; and if performance decreases then ranking points also decreases.

Virat Kohli has retained the top rank in ICC's Test and ODI rankings from last several months. In Test matches, Kohli is at the top with 922 rating points followed by Kane Williamson at second place.

Let's know in this article that how the ICC makes ranking of the players;

What is ICC Ranking?
ICC Player Ranking is a table where the performance of international cricketers is ranked using a Points Base System. Players are rated on a scale of 0 to 1000 points. If a player's performance is better than previous year’s performance then his points increase; and if performance decreases then ranking points also decreases.

The value of each player’s performance within a match is calculated using an algorithm which is a series of calculations (all pre-programmed) keeping in mind the different situations in each match.

This algorithm also takes care of; runs scored and wicket taken by a player in the match. If the player has contributed well for his team during the critical time then the value of his performance is considered to be high.

There is no human intervention in this calculation process of the ranking and no subjective assessment is done. It is also important to mention here that factors counted in the calculation of the player's performance are different for Test cricket, One Day and T-20.

For example: Parthiv Patel had lost his place in the Indian Test team in 2008, due to which he had disappeared from the Test List in 2009, but his ICC Test ranking lasted for some time due to old records, but this ranking could not be upgraded because he was not playing matches. However, Parthiv returned to the Test team in 2016 that is why he returned to the ranking table also.

On the contrary, if a player retires from any particular format his/her name is removed from the ICC ranking list.

Like Mahendra Singh Dhoni, who had retired from Test cricket in 2014, had been dropped from the Test rankings, but his ranking in ODI and T-20 is calculated by the ICC. Currently Dhoni is at 21st rank in ODIs.

Actually, as soon as a player plays a match, his ranking is issued. But only the names of top 100 players are published by ICC. Therefore, a player has to play several matches to join the top 100.

Batsmen Ranking is decided on the basis of;

1. Out or Not Out (Bonus points are given to Not out players)

3. Runs scored i.e., more runs means more bonus points. A century in the second innings will get more credit than in the first inning.

4. At which juncture; runs are scored. If player score runs when his team was in crisis, then player gets more rating points.

5. The level of run-scoring in the match. If both teams score 500 in innings, then the computer rate it as a high scoring match, so 100 runs by a player in this innings worth lesser to a low scoring match in which both team score just 150 runs.

6. If a player has scored more runs in a match and his team wins then he gets bonus points. But bonus points will be more if the victory is against a strong team.

Bowlers Ranking is decided on the basis of;

2. Ratings of the batsmen dismissed. At present Kohli is on the number one ranking holder in the Test, so his wicket will give more rating points to bowlers than Jaspreet Bumrah's wicket.

3. If in a one-day match, the Australia team has scored 350 runs and Bhuvneshwar Kumar took three wickets for 50 runs (3-50) and in another match Australia's team scored 180 runs and Hardik Pandya took 3-50.  So Bhuvneshwar Kumar will get more rating points because he has conceded 50 runs in a high scoring match and pandya spent 50 runs in the match of just 180 runs. 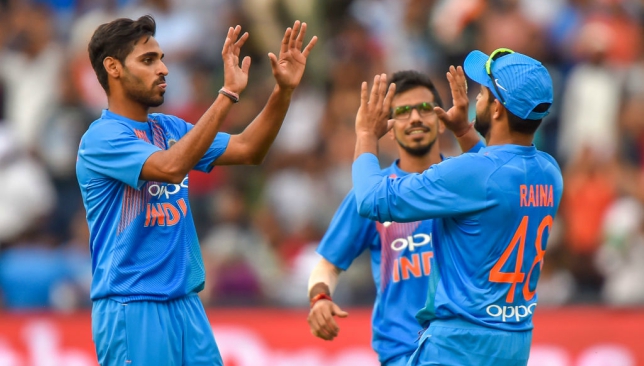 4. Heavy workload; bowlers who bowl a large number of overs in the match get more credit, even if he/she take no wickets.
When are the rankings updated?

Normally ICC updates the Test rankings after each Test match (usually within 12 hours) and ODI ratings at the end of each ODI series. But generally it don’t publish Test rankings if another Test match is currently in progress.

Points Required to get into ICC Ranking

A player who gets 500 ratings points can be called a good player. The player who has more than 750 rating points has the potential to be selected in the top 10 player list. However, if a player gets more than 900 scores, it is considered one of the best ranking.

No ranking is issued for wicketkeeper, because his performance depends on the performance of the bowler that how much he has supported by the bowler. Therefore it is difficult to rank him. Similarly, rating points can not be issued for fielding.

You must remember that famous cricket Magazine Wisden, known as the Bible of cricket, has not considered any innings of Sachin as the best innings, while Virender Sehwag's many innings are appreciated by the same.

The main reason for this feedback may be that runs made by Tendulkar may be against weaker teams and in favourable situations. As we can witness from the records that Tendulkar’s average was not good while chasing the target.

Thus, on the basis of this article it is clear that ICC considers very small factors (like playing conditions, runs, strength of opposite team etc) while calculating the ranking of the players. So ICC ranking shows the real talent of the players. We hope that after reading this article you must have got very valuable information.