The Smart Cities Mission (SCM) is a holistic city programme to build 100 cities in India. It was launched on June 25, 2015 by the Prime Minister Narendra Modi. The prime objective of this Smart Cities Mission is to promote cities to upgrade infrastructure and provide better basic facilities to the citizens of the country. 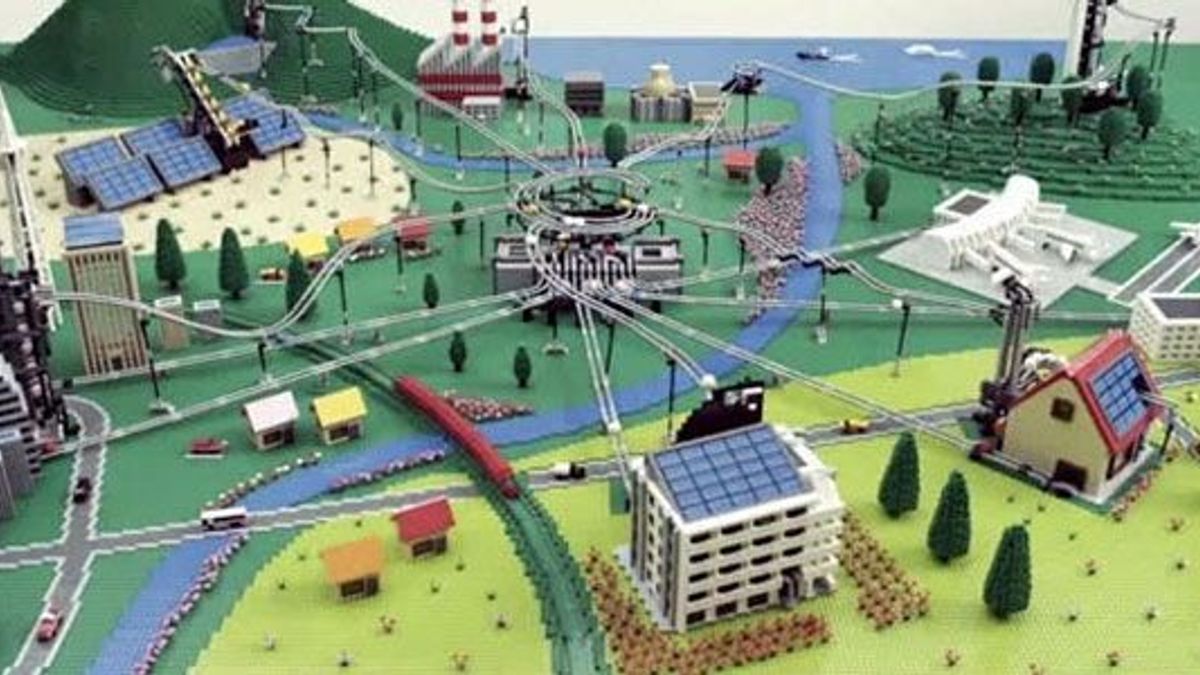 There was a time when India is used to known as the country of Nagas and beggars. But now the demography has changed and India is world’s 6th largest economy. But some areas are still a cause of concern for the government.

As per the census 2011 the Slum population in India is 17.36% as percentage of urban population. Now the government is trying to fetch out more and more peoples from the clutch of the poverty and slums. Hence the launch of the Smart City Project is a good step in this direction.

The Smart Cities Mission (SCM) is a holistic city rejuvenation programme for 100 cities in India launched on June 25, 2015.

The objective of the Smart Cities Mission is to promote cities that provide core infrastructure and give a decent quality of life to its citizens, a clean and sustainable environment and application of ‘Smart’ Solutions.

Welfare Programmes by the Government of India

States and Union Territories are selected on the basis of 2 steps selection process. In the first step the State/UTs begins with shortlisting the potential smart cities on the basis of conditions precedent and scoring criteria and in accordance with the total number allocated to these cities.

The first stage of the competition will be intra-state, in which cities in the State will compete with each other on the conditions precedent and the scoring criteria laid out.

In the second step the Ministry of Urban Development select cities. In this round the national level competition is held among the potential 100 smart cities.

In this stage each city presents its Smart City Proposal (SCP) which contains information like what kind of model chosen, whether retrofitting or redevelopment or Greenfield development or a mix thereof and additionally includes a Pan-City dimension with Smart Solutions.

All Smart City Proposal will be evaluated by a Committee involving a panel of international and national experts, organizations and institutions. The winners of the round 1 of Challenge will be announced by MoUD.

The selection process is as follows; 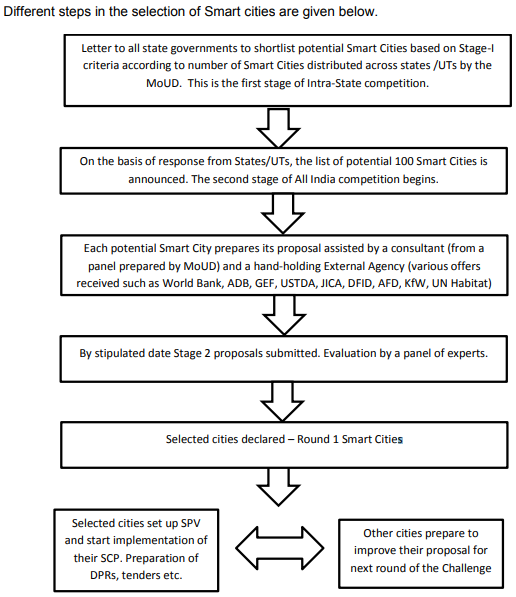 Progress of the Smart City Project:

7. Affordable housing, especially for the poor

9. Robust IT connectivity and digitalization

10. Safety and security of citizens, particularly women, children and the elderly

So the launch of the Smart City Project by the Central Government is a concrete step in the way of providing better life style and amenities to the general public of this country. The most attractive feature of this project is that it is promoting holistic development of the country and hope that very soon the positive results of this scheme will be visible in the life of the common men.

List of Various Development and Employment Programmes in India