The India-Myanmar-Thailand (IMT) highway project is an ambitious project and it will open the gate to ASEAN through the land. The execution of this project will under the India's Look East Policy. In this article, we are giving 10 Interesting facts about India-Myanmar-Thailand Trilateral Highway, which is very useful for the competitive examinations like UPSC-prelims, SSC, State Services, NDA, CDS, and Railways etc. 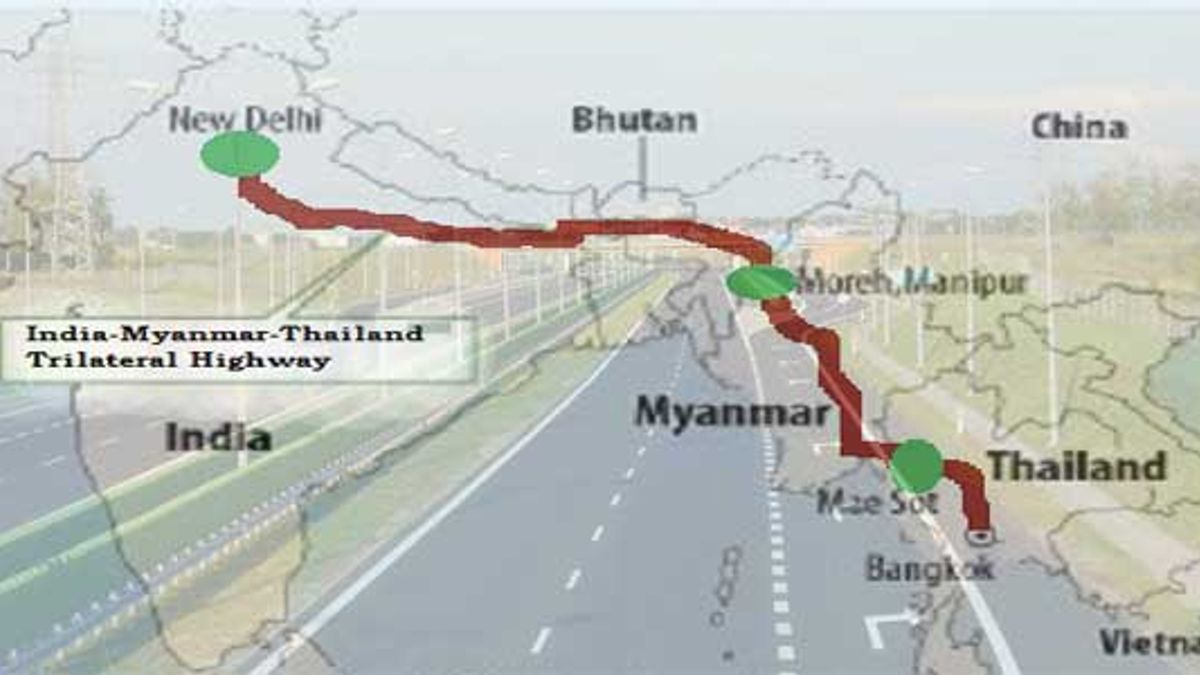 The India-Myanmar-Thailand (IMT) highway project is an ambitious project and it will open the gate to ASEAN through the land. The execution of this project will under the India's Look East Policy. The idea of trilateral highway was conceived at the trilateral ministerial meeting on transport linkages in Yangon in April 2002. It represents a significant effort to establishing the connectivity between India and South East Asian countries.

1. It will link the country with Southeast Asian countries by land and give a boost to trade, business, health, education and tourism ties among the three countries.

2. It will connect Moreh, India with Mae Sot, Thailand via Myanmar.

3.  It is a part of India's Look East Policy that will cultivate and strengthen economic and strategic relations with the nations of Southeast Asian countries in order to solidify its standing as a regional power.

4. This project will helps Indian position as a counterweight to the strategic influence of the People’s Republic of China in the region.

5. A Motor Vehicles Agreement along with protocols for regulating and facilitating movement of cargo and passenger vehicular traffic is under inter-governmental negotiations between India, Myanmar and Thailand.

What is International Geosphere-Biosphere Programme?

6. The Trilateral Highway in Myanmar will be constructed in two section: (1) construction of 120.74 km Kalewa-Yagyi road section, and; (2) construction of 69 bridges along with the approach road on the 149.70 km Tamu-Kyigone-Kalewa (TKK) road section. Both the projects are being funded by Government of India under grant assistance to the Myanmar.

7. The National Highways Authority of India (NHAI) has been appointed as the technical executing agency and project management consultant.

9. India–Myanmar Friendship Road, linking Moreh-Tamu-Kalemyo-Kalewa was built by the Border Roads Organisation (BRO) which is now forming a part of the trilateral highway.

10. This project will boost trade and commerce in the ASEAN–India Free Trade Area, as well as with the rest of Southeast Asia. India has also proposed extending the highway to Cambodia, Laos and Vietnam.