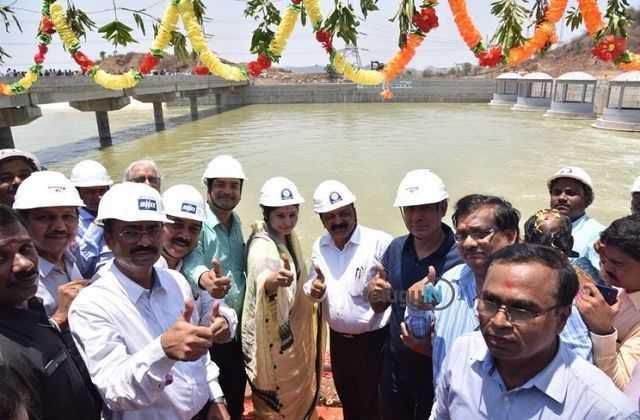 Telangana was given the status of full state on 2 June 2014 and Hyderabad was declared its capital. This newest state of India is in news due to the launch of world’s largest Lift Irrigation Project which is inaugurated on 21st June 2019.

What will Project do?

The main target of the Kaleshwaram Lift Irrigation Project is to harness the flood waters of the Godavari River so that Telangana can be made drought-proof.

The Kaleshwaram project’s mega pumps and motors will lift water 100-600 meters and carry it 400 km through the pipeline.
Under the Kaleshwaram Project water of the Godavari will be tapped by reverse pumping and storage which would raise the water level in the whole state ultimately lead to refill thousands of tanks, providing water for industries and supplying drinking water to Hyderabad and Secunderabad by creating a series of storage tanks and a network of pipelines.

The Kaleshwaram project has been designed to meet 70% drinking water requirement of the state and to irrigate 45 lakh acres of land for two crops in a year.

The Kaleshwaram project will support Mission Bhagiratha and Mission Kakatiya designed to provide drinking water to many villages and improve the capacities of tanks in the Telangana.

Key Facts of the Kaleshwaram Lift Irrigation Project are:

6. In the Kaleshwaram lift irrigation project, the pump of 139 MW maximum capacity has been utilized, which has not yet been utilized in the world.

This is the first time the water of the river Godavari has been lifted to the height of 92 meters for the agricultural irrigation and for water supply. The maximum height of this water lifting is 618 meters in Kondapochamma (Telanagana).

We hope that the Kaleshwaram Lift Irrigation Project will fulfil the desired objectives in the years to come.

Telangana at a Glance: The latest State of India