Since the inception of the New Economic Policy in 1991; India opened most of the sectors for the private players and industrial licensing has been abolished for almost all the industries except five. This article is publishing the name of the industries where licensing system still continues. 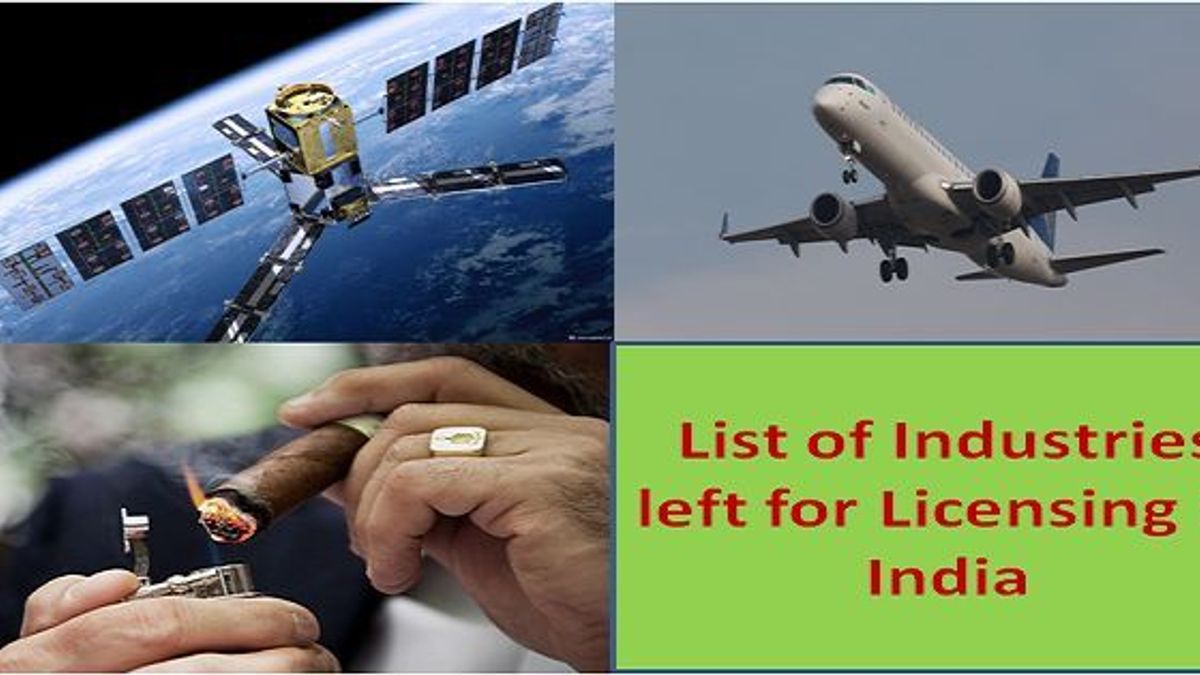 India is striving for Industrial development of the country soon after the independence in 1947. In the New Industrial Policy of 1991; only 17 sectors need license to start industrial operation; which further reduced to just 13.

Since the inception of the New Economic Policy in 1991; India opened most of the industries for the private players. As of now industrial licensing has been abolished for all industries except five. This article is publishing the name of the industries where licensing system still continues.

1. Maintain a sustained growth in productivity

5. Transform India into a major player and partner in the global arena

Name of the industries reserved for the license is as follows;

5. Distillation and brewing of alcoholic drinks.

Note: Powers for regulation of potable alcohol have been vested with the states as per Supreme Court decision in 1997 in line with the constitutional provisions.

Hence these were the crucial industries where license is still mandatory before starting the commercial production of the defence equipment in India.

List of Sectors covered under the Make in India Plan