Lord Rama, the legend of the epic Hindu story, Ramayana. He was the son of King Dashratha and Rani Kaushalya of Ayodhya. He is considered to be the seventh avatar of Lord Vishnu. There are several temples dedicated to Lord Rama across India few of them are listed below. Let us have a look!

Ayodhya is the birthplace of Lord Rama and he is known as Purushottam which means the best of men or the Supreme Purusa (personality). According to Swami Vivekananda, Shri Rama is "the embodiment of truth, of morality, the ideal son, the ideal husband, and above all, the ideal king." Lord Rama was born in Treta Yuga and is also known to be the oldest deity worshipped in human form. Various temples are dedicated to Lord Rama all over India few of them are listed below. Let us have a look! Ayodhya the birthplace of Lord Rama, is an ancient city of India. It is situated on the bank of the river Saryu and is one of the seven most important pilgrimage sites Saptapuri for Hindus. On 5 August, 2020, the grand ceremony of laying the foundation stone of Ram Temple in Ayodhya is taking place. The magnificent temple will be going to build. The ceremony was attended by around 175 guests including PM Narendra Modi. He will also unveil a plaque to mark the laying of the foundation stone of the temple, followed by the release of a commemorative postage stamp on ‘Shree Ram Janmabhoomi Mandir’. The Ayodhya Ram Mandir will open for devotees by 2024. The temple is situated in Orchha, Madhya Pradesh. It lies on the bank of river Betwa. The story behind the temple is that the queen of Orcha was an ardent devotee of Lord Rama. She once went to Ayodhya with a desire to bring her revered deity back in the form of a boy. Lord Rama agreed to come with her to Orchha but with a condition that he would not move from one temple to another, but will stay where she would initially house him.

A temple was constructed for Lord Rama. When the temple was ready he refused to move because of the condition he had set with the queen. Therefore, the queen's palace eventually became the Ram Raja Temple. Let us tell you that here, Lord Rama is worshipped not just as a God, but also as a King. He even gets a gun salute! On the auspicious occasion of Ram Navami, thousands of devotees queue up for darshan. 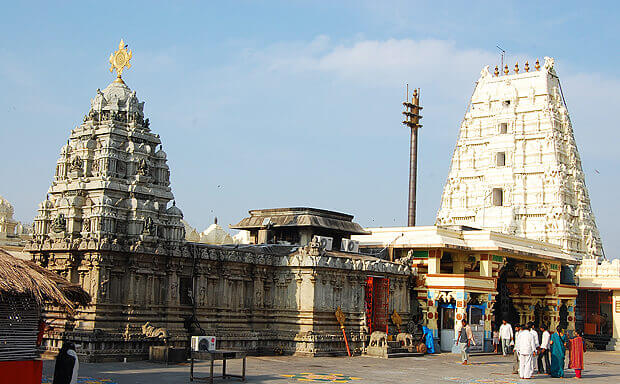 It is one of the famous Ram Mandir in India. It is located in Bhadrachalam, Bhadradri Kothagudem District of  Telangana. On Ram Navami day it is the venue of grand celebrations when the wedding anniversary of Lord Rama and his consort Sita takes place with much fanfare. The temple is also known as the Bhadrachalam temple. 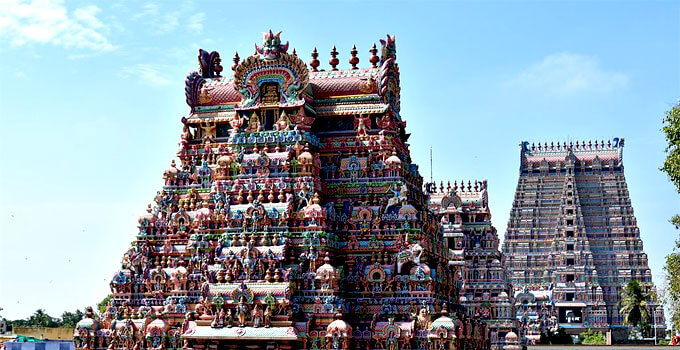 The temple is devoted to Lord Rama, an incarnation of Lord Vishnu and is located at Kumbakonam, Tamil Nadu. The temple was built 400 years ago by King Raghunatha Naicker. The temple depicts the paintings of Ramayana and is filled with intricate carvings in its pillars. Lord Rama and Devi Sita are seated together in the sanctum sanctorum in the wedding posture. It is believed that, if anyone prays here would bring them a match with a sacrificial quality for the sake of others. Also, with Lord Rama and Devi Sita, Satrugna is on the left of Lord with a Samara fanning his brother, Bharatha holding the Royal Umbrella and Hanuman on the right and Lakshmana with his bow as usual appeared.

It is situated within the Panchvati area of Nashik City in Maharashtra. The temple is supposed to stand on the spot where Lord Rama lived during his exile. In 1782, it was built by Sardar Rangrao Odhekar on the site of an old wooden temple. For around 12 years the work lasted and around 2000 persons were daily employed. In Western India, it is one of the finest modern temples of Lord Rama. The temple consists of standing images of Lord Rama, Sita, Laxmana of black stone, and of around 2 feet height.

The temple is situated in Thrissur district of Kerala. The Lord Rama deity in the temple is popularly known as Thriprayarappan or Thriprayar Thevar. As per the legend, it is believed that Lord Krishna used to worship the idol of Lord Rama. After the swargarohana of Lord Krishna, the idol was immersed in the Sea. It was later founded by some fishermen from the sea near the Chettuva region of Kerala. Further, the local ruler named Vakkayil Kaimal constructed a temple at Thriprayar and installed the idol there. In the temple, the idol of Lord Rama is seen with four arms with bearing a conch, a disc, a bow, and a garland.

The temple is situated near Kharavel Nagar in Bhubaneswar. As situated in the heart of the city is one of the most famous temples for the devotees of Lord Rama. The temple has beautiful images of Lord Rama, Lord Lakshmana, and Goddess Sita. It is built and managed by a private trust. Also, the temple complex consists of shrines devoted to Lord Hanuman, Lord Shiva, and other gods.

It is situated in Hiremagalur, which is a town in the Chikmagalur district. The Kodandarama Temple derived its name as Lord Rama and Lakshmana are depicted with their bows and arrows here and Lord Rama's bow is known as Kondana. There are the figures of Rama, Lakshmana, and Sita inside the sanctum on a Hanuman pedestal. Unusually, Sita is placed to Lord Rama's right in this temple. It is believed that Puroshottama a devotee expressed a wish to see Lord Rama and Sita's wedding and so he was granted the wish. In traditional Hindu marriage, the bride sits to the right of the groom, this position, it is believed is reflected in the Grabhagraha. 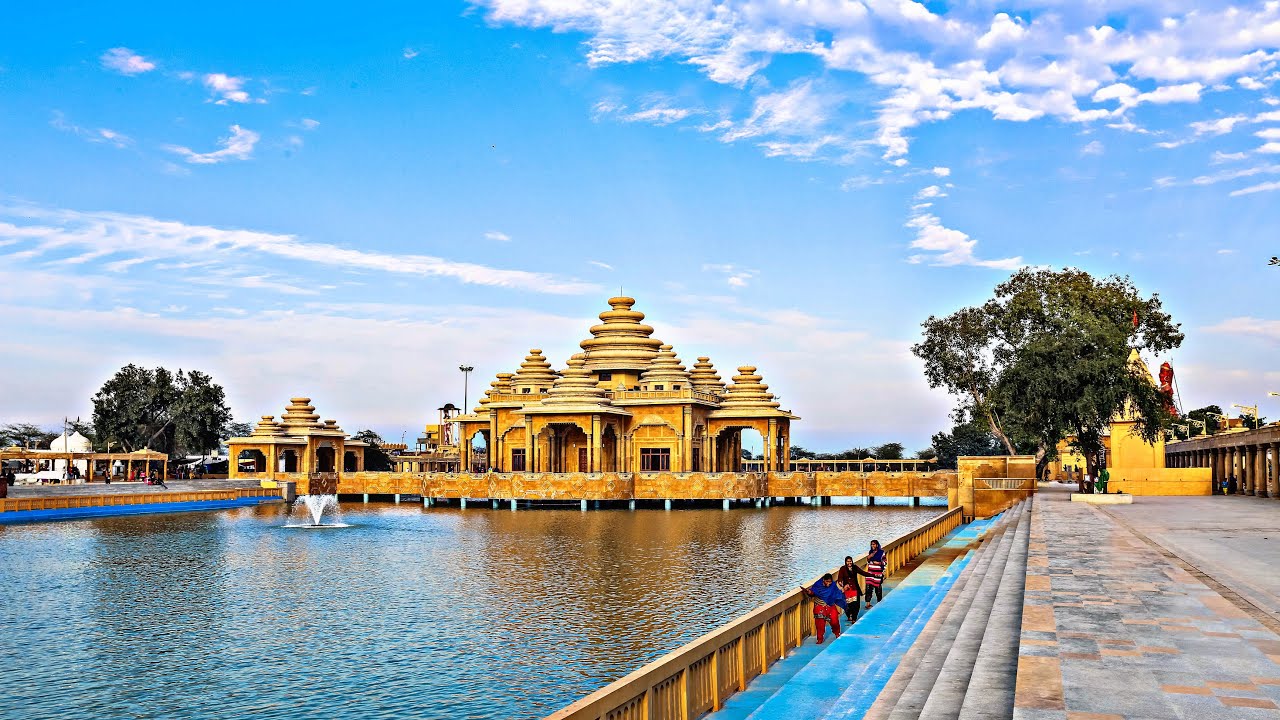 It is located 12 Km west of Amritsar on Chogawan road. It is a place where Devi Sita got shelter in the ashram of sage Valmiki. This is the same place where she gave birth to Luv and Kush. It also has a well with stairs where Devi Sita used to take her bath. Therefore, it is one of the most sacred Lord Rama temples in India. 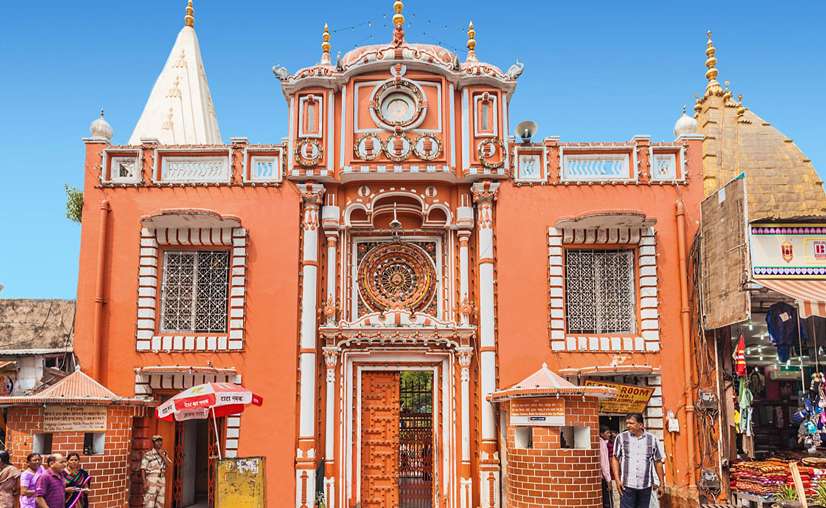 The temple has seven shrines each with its own Shikara and is one of the largest temple complexes of north India which is located in Jammu city. The temple was built by Maharaja Gulab Singh and his son Maharaj Ranbir Singh during the period of 1853-1860. The temple has many gods enshrined but the presiding deity is Lord Rama an incarnation of Lord Vishnu. The temple also comprises almost all the images of the Hindu Pantheon, an unusual embodiment in temple architecture. Also, glimpses of Mughal masonry can be visualised in the architectural splendor of Raghunath Temple.

Read: Diwali 2022: Know why Deepavali is called the ‘Festival of Lights’?

When will the Ayodhya Ram Mandir open?

The UP government, with assistance from the central government, is trying its best to open the Ram Mandir for devotees by 2024.

Which is the biggest temple in India?

The Sri Ranganathasvamy Temple in Tiruchirapalli is regarded as the biggest temple in India. It spans an area of 156 acres and is dedicated to Lord Vishnu.
Get the latest General Knowledge and Current Affairs from all over India and world for all competitive exams.