Indian Navy receives two MH-60R Helicopters from the US: Here's all you need to know about deadly Romeo Helicopters

The Indian Navy received two MH-60R Seahawk multi-role helicopters (MRHs) from the US in a ceremony held at Naval Air Station North Island, San Diego, the United States on 16 July 2021.

In a ceremony held at Naval Air Station North Island, San Diego, the United States on 16 July 2021, the Indian Navy received two MH-60R Seahawk multi-role helicopters (MRHs) from the US. The helicopters were formally accepted by Taranjit Singh Sandhu, Indian Ambassador to the USA.

The delivery of the first two Romeo helicopters marked the beginning of a new era of defence collaboration and partnership between India and the US. It also enhanced the three-dimensional capabilities of the Indian Navy.

1- World's Most Advanced Maritime Helicopter: Deployed with the US Navy as the primary anti-submarine warfare anti-surface weapon system for open ocean and littoral zones, Lockheed Martin's MH-60R Seahawk helicopter is considered the world's most advanced maritime helicopter. It is deployed globally, and its mission performance by far is second to none.

3- Commando Missions: These MRHs are designed to fly in Special Forces teams into enemy territory for commando missions.

4- All-weather Helicopters: The all-weather helicopters are designed to support multiple missions with state-of-the-art avionics and sensors.

5- Training of Indian Crew: In a bid to exploit these potent helicopters, the first batch of the Indian crew is undergoing a training in the US. 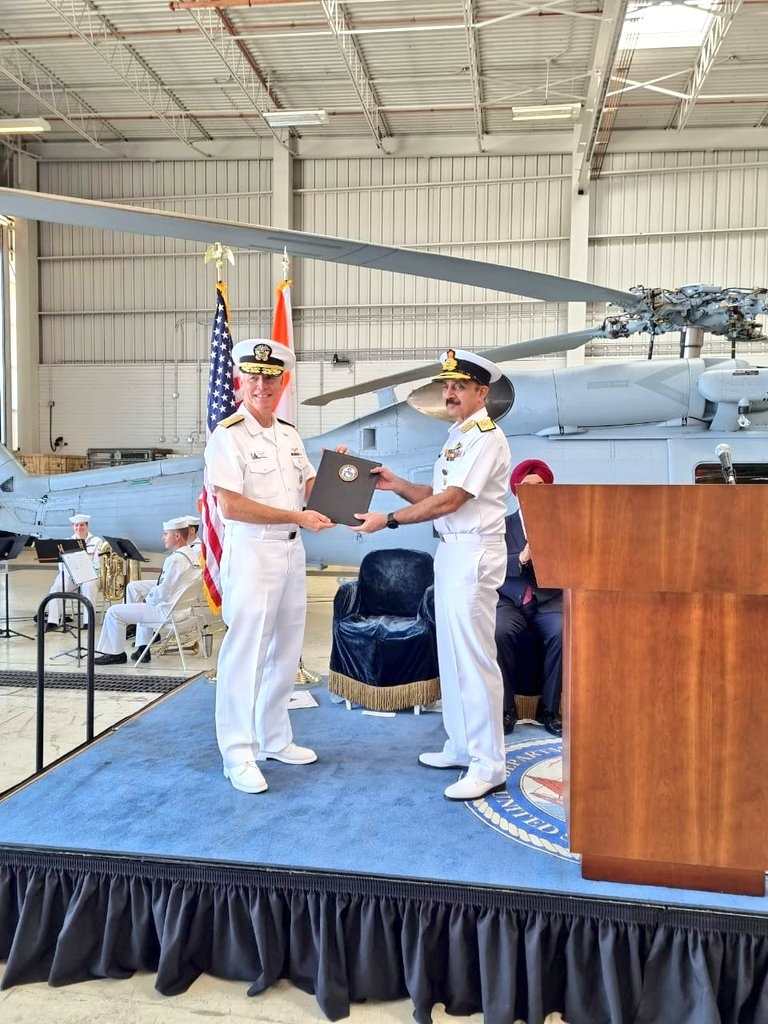 24 Seahawk helicopters were contracted by the Indian Navy at a cost of $2.12 billion in a government to government deal last year. The deal inked between the two nations includes training of the pilots and ground crew, spare parts and air-to-ground weapons support.

Of these 24 Romeo Helicopters, two have been inducted by the Indian Navy and four others are expected to be delivered this year by Sikorsky Helicopters, part of the world's largest defence firm, Lockheed Martin.

Inducted in US Navy in 2006,  are more than 300 Seahawks in service worldwide, including in the US, Danish, Australian and Saudi Arabian navies. They have a 98% mission availability rate and the lowest life-cycle cost in its class, costing less than $5,000 for each flying hour.

The specifications of MH-60R helicopters are as follows:

What is Rs.48,000 crores deal approved by the Cabinet for the procurement of 83 Indigenous LCA Tejas Aircraft?

The MH-60R multi-role helicopters will be modified with several India unique equipment and weapons by Lockheed Martin at its Owego, New York; and Stratford, Connecticut, based facilities.

Successive Indian Navy Chiefs have identified the shortage of MRHs as one of the navy’s biggest operational deficits. The Indian Navy has barely 10 Sea King Mark 42B/C helicopters that are decades old. With the retirement of Sea Kings, the helicopter hangars on board the navy’s aircraft carriers, destroyers and frigates emptied, severely reducing the warships’ combat capability.

To fill this void, the Indian Navy signed a contract for 24 MH-60R Seahawks in fully-built condition under the Foreign Military Sales (FMS) programme, a US-led process without tendering. Instead, the Pentagon acts as an agent of the buyer (the Indian Navy) and negotiates price and supply terms with the US vendor (in this case, Lockheed Martin).

Additionally, given the aggression of China in the IOR, the MH-60 Romeo Seahawks are the need of the hour as they will add lethal capabilities to the Indian Navy.

Alongside the FMS purchase of 24 Seahawks, tendering is underway for another 99 Seahawks proposed to be built in India through the Strategic Partner (SP) route.

According to the Chief of Lockheed Martin India, William L. Blair, "MH-60R is the most advanced maritime multi-mission helicopter in operation - deployed globally, and its mission performance by far, second to none. We appreciate the tremendous confidence placed in Team Seahawk by the Indian Navy through their selection of the Romeo."

Why is India planning to fit Li-ion batteries in the future Indian Navy submarines?