Explained: What is the new strain of the COVID-19 detected in the UK? 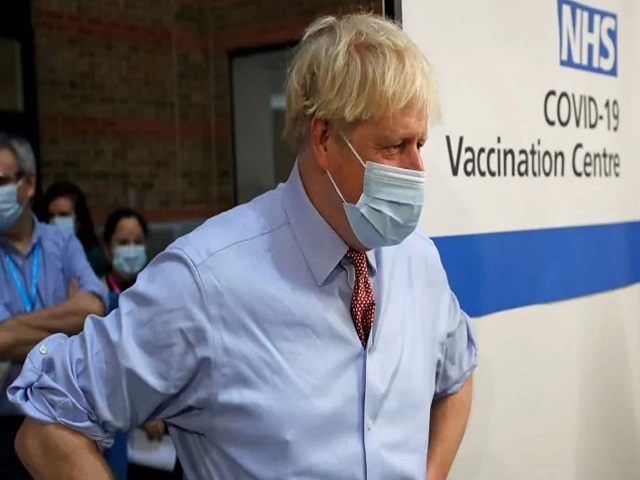 “When the virus changes its method of attack, we must change our method of defence,” said British Prime Minister Boris Johnson at a Press Conference on 20 December 2020.

British PM Boris Johnson has placed London and the surrounding areas under the most stringent lockdown since March 2020 to contain the new strain of the SARS-CoV-2, effectively cancelling Christmas get-together. This announcement came days after he cited the aforementioned restrictions as 'inhuman'.

More than 40 countries in Europe, Asia, South America and the Middle East have closed their borders to travellers from the United Kingdom. As per the reports, the new strain in the virus has accounted for at least 60% of the new COVID-19 cases in London, UK.

About new strain of the Coronavirus

This variant alarmed the scientists when it began to turn up more frequently in Coronavirus samples collected from parts of South England in December 2020. The variant has undergone 23 mutations. 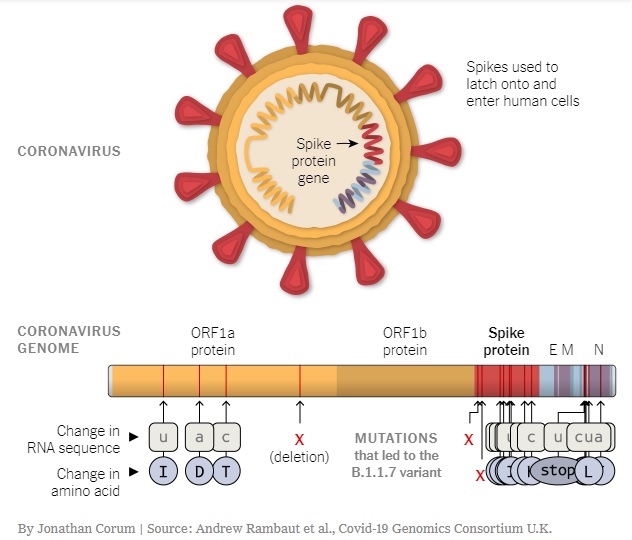 In preliminary studies, scientists and researchers have found that people who are infected with the new strain of the coronavirus carry a heightened viral load. In simple words, a higher concentration of the virus is found in the upper respiratory tract, which in other viral diseases is associated with more severe symptoms.

As per scientists, a similar variant has been detected in South Africa in 90% of the samples whose genetic sequences have been analysed since November 2020.

As of 13 December 2020, 1,108 cases with this variant have been identified, predominantly in the South and East of England.

Is the new strain of the virus deadly?

As per several scientists and researchers, the new strain of the virus is not more deadly but is 70% more transmissible compared to the previous mutations.

The new strain, B.1.1.7, is said to be spreading fast. The first case was detected in September 2020 and around a quarter of cases in London were mutant ones within 2 months. By mid-December, the said cases rose to nearly two-thirds.

From where the new strain of the coronavirus came?

The new strain of the virus has undergone several mutations and it might have emerged in a patient with a weakened immune system who was unable to beat the virus and his body became breeding ground for the virus to mutate.

Will vaccines work against the new strain of Coronavirus?

As per the Council for Scientific and Industrial Research Director General Shekhar Mande, the vaccines will work against the new strain of Coronavirus.

As quoted by India Today, Dr Jeremy Farrar, Director of Wellcome Trust stated that at present, there's no indication that the new strain of the Coronavirus would evade treatments and vaccines. However, the mutation reminds us of the power of the virus to adapt which cannot be ruled out in the future.

According to scientists, the Moderna, Pfizer and other vaccines that are currently in development will work on this variant.

What is Pfizer-BioNTech vaccine labelled as BNT162b2 to tame the COVID-19 pandemic?

What are mRNA vaccines?

Places where lineage B.1.1.7. has been detected

Apart from the United Kingdom, the new strain has been found in other countries such as Denmark, Netherlands, Australia, Italy, Sweden, France, Spain, Switzerland, Germany, Canada, Japan, Lebanon and Singapore.

Is the new strain found in India?

Yes, as stated by the Union Health Ministry, the new strain of the virus is detected in India.

In a piece of bad news, five travellers from the UK to India have tested COVID-19 positive on 22 December 2020. Their samples were sent to the National Centre for Disease Control (NCDC) to be checked for the new coronavirus strain.

On 29 December 2020, Union Health Ministry, Government of India has stated that a total of six samples of six UK returnee persons have been found to be positive with the new UK variant genome. 3 in NIMHANS, Bengaluru, 2 in CCMB, Hyderabad and 1 in NIV, Pune.

As per a statement released by the Union Health Ministry, all these persons have been kept in single room isolation in designated Health Care facilities by respective State Governments. Their close contacts have also been put under quarantine. Comprehensive contact tracing has been initiated for co-travellers, family contacts and others. Genome sequencing on other specimens is going on. The situation is under careful watch and regular advice is being provided to the States for enhanced surveillance, containment, testing & dispatch of samples to INSACOG labs.

On 30 December 2020, Union Health Ministry stated that a total of 20 persons have been infected with the new strain of COVD-19, including six persons reported on 29 December 2020.

Speaking at a press briefing of the Health Ministry, Niti Ayog Member, Dr. V.K. Paul has stated that there's no cause for concern and has asked people not to panic but remain vigilant.

He further added, "The new strain of Covid-19 in the United Kingdom has increased transmissibility. This mutation is not affecting the severity of the disease. Case fatality is not affected by this mutation."

On 8 January 2021, Union Health Ministry, Government of India has stated that a total of 82 people have been infected in India with the new strain of the virus.

On 12 January 2021,  Union Health Ministry, Government of India has stated that a total of 96 people have been infected in India with the new strain of the virus. No new case has been added in the past 24 hours.

Scientists and researchers have stressed that all viruses mutate and for this reason, the vaccines need to be frequently updated. The COVID-19 virus which was first identified in China's Wuhan has undergone many mutations, most of which went unnoticed.

Two distinct mutations have been noted by the scientists-- H69/V70 deletion and the D614G.

The similarities between both the mutations are that they affect the spike proteins, binding the virus to the human cells and infecting them.

To sum up, all the viruses mutate and so is the case with Sars-CoV-2 virus which is responsible for the ongoing COVID-19 pandemic. At present, scientists and researchers have not found the said variant of the virus more deadly but have found it 70% more transmissible than its previous versions. Also, the vaccines which are underway will work against the latest strain of the virus.

Is the new strain of COVID-19 found in India?

No, as stated by Government officials, the new strain of the virus that has been rapidly spreading in the UK has not been so far detected in India.

Which countries have banned UK flights?

More than 40 countries in Europe, Asia, South America and the Middle East have closed their borders to travellers from the United Kingdom.

Detritivores are organisms that obtain food by feeding on the remains of plants and animals as well as fecal matter. Detritivores play an important role in maintaining a healthy ecosystem by recycling waste. For example fungi, worms, and insects. Detritivores are the third type of heterotrophic consumer.

How dangerous is the new strain of COVID-19 detected in the UK?

As per several scientists and researchers, the new strain of the virus is not more deadly but is 70% more transmissible compared to the previous mutations.

What is the name of the new Coronavirus strain found in the UK?

What are Autotrophs and Heterotrophs?