PM Modi has laid the foundation stone of the Noida International Airport or commonly known as the Jewar Airport in the afternoon at 1:00 PM today, that is on November 25, 2021. The airport once functional would be the fifth international airport in Uttar Pradesh. This airport is said to be CM Yogi Adityanath’s dream project. In the article below know all about the project.

Take a look at the video shared by the Prime Minister himself: 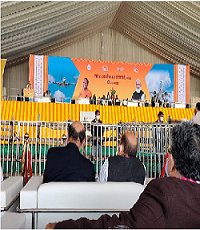 Take a look at the tweet below made by the Prime Minister yesterday:

Tomorrow, 25th November is a major day for India’s and Uttar Pradesh’s strides in infra creation. At 1 PM, the foundation stone of the Noida International Airport will be laid. This project will significantly boost commerce, connectivity and tourism. https://t.co/8sSa8R1aFl

As per a statement released by the PM office, the airport would also serve as a huge logistic centre for the country. It said,  "The dedicated cargo terminal will have a capacity of 20 lakh metric tonne, which will be expanded to 80 lakh metric tonnes. Through facilitating the seamless movement of industrial products, the airport will play a crucial role in helping the region attract huge investments, boost rapid industrial growth, and enable the reach of local products to national and international markets. This will bring new opportunities for numerous enterprises, and also create tremendous employment opportunities."

Noida International Airport: All You Need To Know 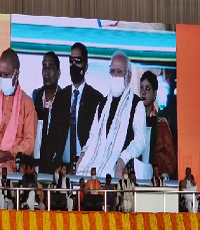 Explained: Why Do Cryptocurrency Prices Fluctuate So Frequently?

The arrangements for the visit of the Prime Minister have been made, with a great programme being conducted by the local musicians and artists. The people of the area are quite excited with the development process that has begun in their region boosting and securing the future of their generations to come. The CEO of the Yamuna Development Authority or if we may call him, The Airport Man, Dr Arunvir Singh was seen actively participating in the arrangements. He is the brains and the efforts behind this dream project of the Government of Uttar Pradesh and the Prime Minister.

How To Read Newspapers For UPSC Civil Services Preparation?