Optical Illusion: Can you find the hidden queen in 11 Seconds?

Optical Illusion: There is a hidden queen in this picture. Can you find the hidden queen within 11 seconds? Attempt this optical illusion challenge now!
Mrigank Chakraborty Updated: Oct 30, 2022 11:00 IST
Find Hidden Queen in 11 Seconds

Optical illusions are also great for improving your observation skills.

Optical Illusion: You have hawk eyes if you spot the hidden telephone in 7 seconds

Here is one such optical illusion that will put your observation skills to the test.

The above image shows a forest scene in which you can one gentleman doffing his hat to someone in the woods.

Who is the person doffing his hat to?

By the looks of the dress of the person, he looks like someone who is a part of the king's army, and the doffing of the hat is expressing salutation or respect to a person higher in stature.

As you can see from the title you need to find the hidden queen in 11 seconds.

So from this title, you can understand that the person to whom the hat is being doffed is the queen, but she is not visible at the first glance.

Optical Illusion: Only 3 out of 10 people can spot the hidden snake within 19 Seconds. Can You?

Your task is to find the hidden queen within 11 seconds.

It is an easy challenge and can be solved quickly by a person with good observation skills.

Did you spot the hidden queen?

Look carefully at the image and you can see the queen immediately.

The objective of optical illusion is to trick your brain and make you confused.

And an individual with good observation skills will be able to locate the hidden queen faster than others.

Have you spotted the hidden queen yet? 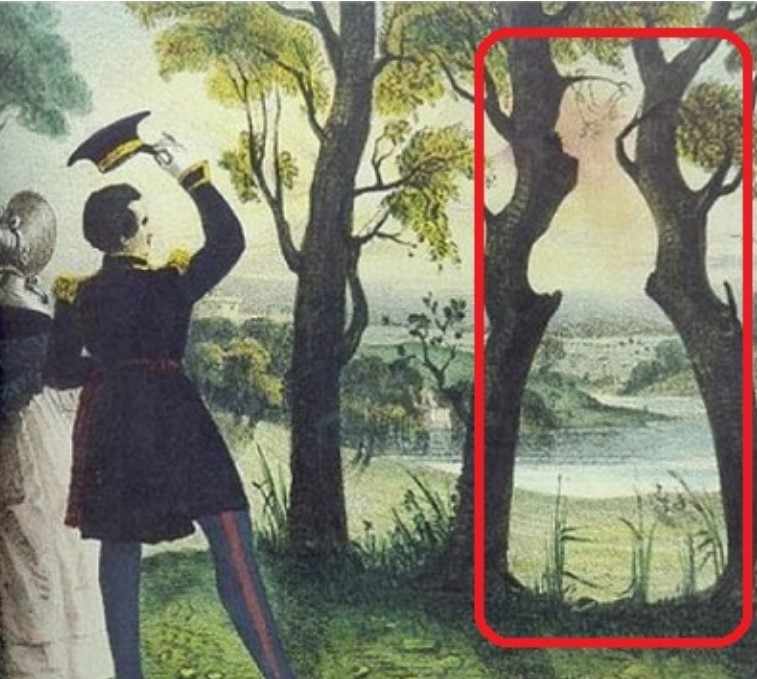 The queen can be seen as an outline of the space between the two trees.