Optical Illusion for Testing Your IQ: Only 5% can spot a Toy Car inside the Bathroom in 7 secs!

Optical Illusion for Testing Your IQ: People with High IQ can solve this Optical Illusion Test. Only 5% of People can spot a Toy Car inside the Bathroom picture in 7 seconds.

Optical Illusion for Testing Your IQ: An optical illusion is a mind-bending, deeply fascinating, shape-shifting image of an object or drawing, or people that challenge the brain’s way of perceiving things. You must have seen many types of optical illusions like physical, physiological, and cognitive illusions. Studies reveal that optical illusions are also a part of the field of psychoanalysis that throws light on how you perceive things. In a normal brain, a human can look at things or images differently forming a different perception from each angle.  One such clever illustration can be seen in the image where a Toy Car is hiding somewhere inside the Bathroom picture.

Optical Illusion for IQ Test: Only 5% can spot a Toy Car inside the Bathroom 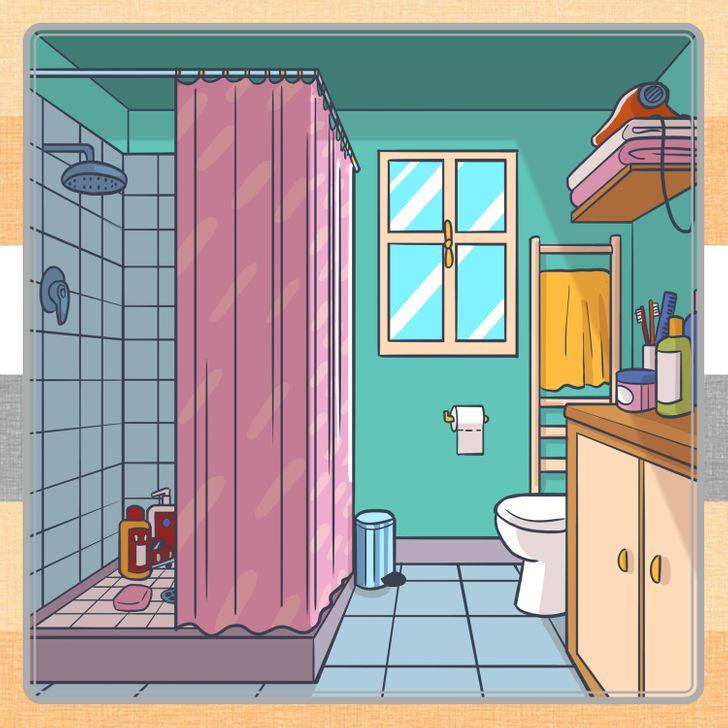 The above image has been shared as a picture puzzle for children and adults. In this illusion, you can see a Bathroom where there is a Shower area, a toilet seat, a cupboard and shelves to keep the important stuff. On the shelf, you can see that the hair dryer and Towels have been kept. On the Cupboard, Toothbrushes, holders, and bottles have been kept. One towel is hanging on the holder near the toilet seat. There is a window near the towel holder and inside the shower area soaps and shampoos have been kept on the floor.

But somewhere inside the bathroom, a toy car is hiding. The illusion challenges the viewers to find the Toy Car hidden inside the picture. It has been claimed that only 5% of people can find the hidden Toy Car in this image. This optical illusion image is just another fun way to test your IQ. However, taking an actual IQ test is a good way of knowing your IQ level.

Did you spot the hidden Toy Car in 7 seconds?

If you are finding it difficult to spot the hidden Toy Car, then we are here to help you. If you look at the image carefully, you will see that a Toy Car can be seen on the floor of the shower area. The Toy Car has been cleverly camouflaged with the red objects inside the shower. This optical illusion could reveal just how good your eyesight is.

For your ease we have highlighted the Toy Car inside the Bathroom in the image given below: 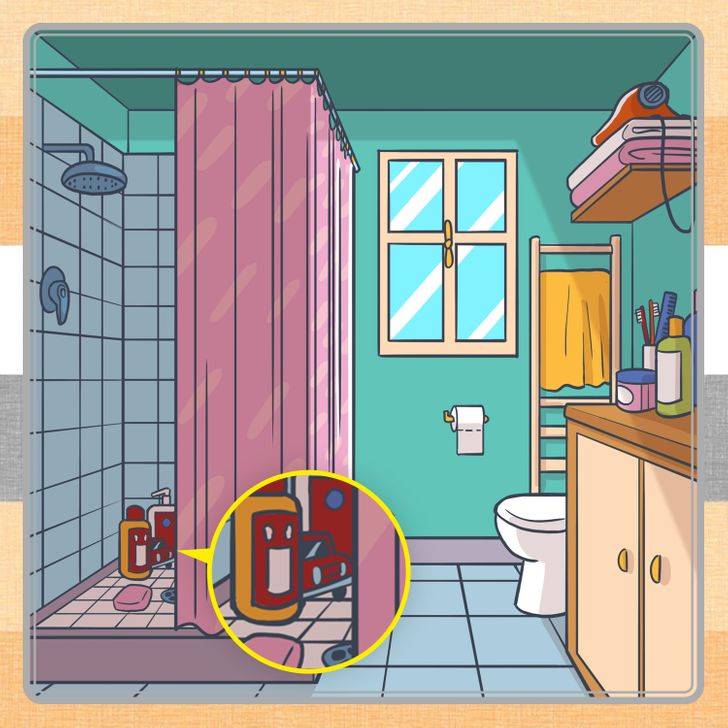 The Toy Car is hiding between the soap dispenser and the bottle. The image has left thousands of adults scratching their heads as they try to spot the Toy Car inside the image.

Studies show that the more you exercise your brain with difficult puzzles, the smarter you tend to be. Optical illusions always give some fascinating insight into how our brains work. Specific combinations of color, light, and patterns can trick our brains into visually perceiving something that isn’t there. So tell us, did you spot the Toy Car hidden inside this optical illusion image?