Optical Illusion: Only 10% people can spot the hidden frog in 15 seconds. Can You?

Optical Illusion: There is a frog hiding in plain sight in this picture. Can you spot the hidden frog within 15 seconds? Attempt this optical illusion challenge now!
Mrigank Chakraborty Updated: Nov 1, 2022 19:13 IST
Spot the Frog in 15 Seconds

Optical Illusions: Optical illusions have gained a lot of popularity over the years due to their ability to hold the attention of people while also tricking their minds.

Scientists are studying the impact of optical illusions on the human brain. It is also used in the monitoring of psychological disorders such as schizophrenia.

Apart from being a valuable resource for research, optical illusions are also great for general entertainment.

These optical illusion challenges can be attempted individually or tried among a group to see who performs the best in the group.

It also helps in improving your observation skills and enhances concentration.

Then what are you waiting for?

Optical Illusion: Only 2 out of 10 people can spot the hidden number within 11 Seconds. Can You? 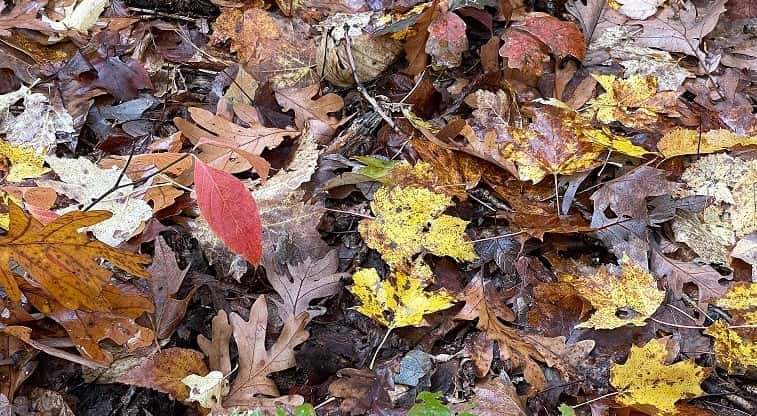 The image shown above depicts a forest scene in which you can see various types of leaves scattered across the forest.

The leaves are of various colours due to the different stages of decomposition. Some leaves have turned black, while some are yellow, and some are orange.

The challenge for you is to spot the frog that is present in the pile of leaves.

It looks like the area is moist due to rain and the decay of leaves, making it ideal for the frog to roam around.

This looks like a day scene so spotting the frog will be easy for those individuals who have great observation skills.

Are you one of them?

Look carefully at the image and scan the area well, the frog can be present anywhere.

The objective of such illusions is to engage your mind and enable you to test the level of your observation skills.

Have you spotted the frog?

We believe that some of you have already spotted the frog.

You can scroll below for the solution.

Optical Illusion: Only 3 out of 10 people can spot the hidden snake within 19 Seconds. Can You?

The frog can be seen sitting on a leaf next to the bright red leaf, perfectly blending with leaf.