Independence Day Picture Quiz: GK Picture Quiz can be a great way to test your General Knowledge of worldly things like Geography, History, Sports, Politics, etc. These quizzes can be played on various topics and themes with various difficulty levels and challenges. A fun way to test your knowledge is by answering photos related questions. We have come up with an interesting General Knowledge Quiz where you have to identify the name of the freedom fighter who originally designed the National Flag of India, also known as Tiranga.

Do you know the Name of this Freedom Fighter who designed India’s National Flag? 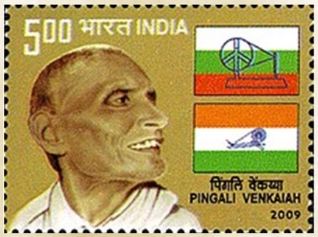 Pingali Venkaiah was born on 2nd August 1876 in a Telugu Brahmin family at Bhatlapenumarru, near Machilipatnam, Andhra Pradesh. He was an Indian freedom fighter and a staunch follower of Mahatma Gandhi.

As per the media reports "Pingali Venkaiah was an agriculturist and also an educationist who set up an educational institution in Machilipatnam. He, however, died in poverty in 1963 and was largely forgotten by society."

A postage stamp was issued to commemorate him in 2009. In 2011 it was proposed that he be posthumously awarded the Bharat Ratna. The decision by the Centre is yet to be taken on the proposal.

The design of the National flag for Independent India submitted by Mrs. Suraiya Badr-ud-Din Tyabi was finally approved and accepted by the Flag Committee on 17th July 1947. She was an artist of repute and her husband B.H.F. Tyabji (ICS) was then a Deputy Secretary in the Secretariat of the Constituent Assembly.

As per the research of Flag Foundation of India, an NGO set up by Congress leader and industrialist Naveen Jindal after his landmark victory in Supreme Court over the citizen's right to a National flag, it was Suraiya Badr-ud-din Tyabji's design of the national flag which was approved by the constituent assembly.