Ramanujacharya was a great Hindu philosopher, scholar and worshiper of Lord Vishnu. The birth anniversary of Ramanujacharya is also known as Sri Ramanuja Jayanthi and is celebrated on Thiruvathirai Nakshatra say of Chithirai month every year. This day is decided on the basis of Tamil Solar Calendar. 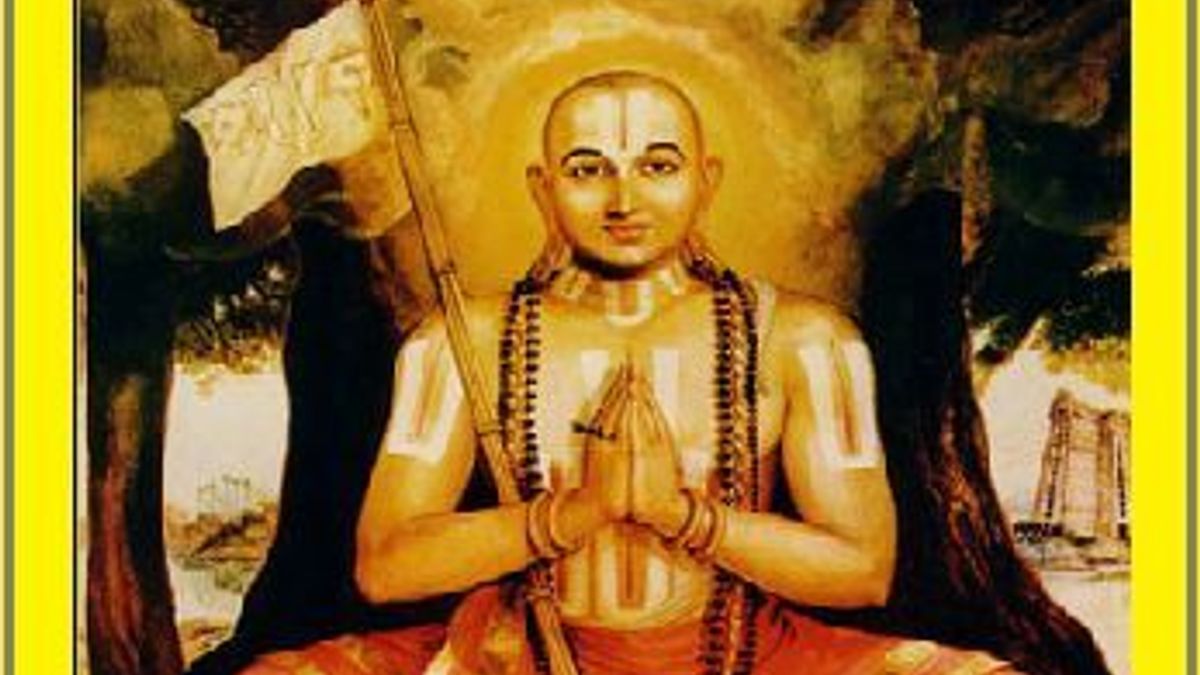 Ramanujacharya is also known as Ramanuja. He was born in 11th century around 1017 in a Tamil Brahmin family in Sriperumbudur village of Tamil Nadu. His birth name was Lakshmana and was also referred as Ilaya Perumal that is 'the radiant one'. His legacy as a theologian, teacher and philosopher remains alive. Do you know he is one of the greatest teachers of Vishishtadvaita Vedanta which is one of the six classical systems of Indian philosophy?

The northern and southern tradition of Vaishnavism was combined by him and he also strengthened the religious belief and the worship of Lord Vishnu. He taught people that Divine entails rather than transcends all qualities. At the age of 120, he left the world in 1137 CE in Srirangam, Tamil Nadu.

Ramanujacharya: Early Life
About 25 miles west of Madras, Ramanujacharya was born in about 1017 in Sriperumbudur village. His father was Keseva Samayaji and his mother name was Kantimathi. He married Rahshambal in around 1033. After the few days of wedding, his father died and he left alone with lot of grief. He with his mother and wife went to Kanchipuram and settled there. It is said that Ramanuja's marriage life lasted until he was thirty, when he gave up the worldly life for religion. Ramanuja's cousin, Govina Bhatta was his closest friend. He played an important role in Ramanuja's life. 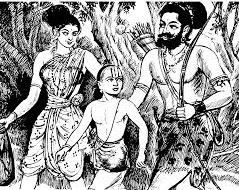 Source: www.srimatham.com
Under the teacher Yadavaprakasha, he learnt so many things in the school. Later, he had a vision of god Vishnu. Then, he started doing worship of Vishnu Narayana daily. He became a priest in the temple Varadaraja at Kanchi where he began to expound the doctrine who aspires to final release or moksha from transmigration and further he told that Brahman is identified with the personal god Vishnu.

He was also associated with Ranganatha temple where he establish the teaching that the worship of god and the soul is an essential part of the doctrines of the Upanishads on which the system of Vedanta is built, therefore the teachings of the Vaishanavas and Bhagavatas are not heterodox. He returned to Shrirangam after 20 years and organised the temple worship, founded around 74 centres to disseminate his doctrine. And at the age of 120, he passed away.

Ramanujacharya: Philosophy and Teachings
Do you know that at the age of 16, he had mastered all the Vedas and Shastras. He accepted that on three main points any Vedanta system is based namely the Upanishads, the Brahma-Sutras and the Bhagavad Gita. He didn't wrote any commentary on Upanishad but explained in detail all the methods of understanding Upanishads in his first major work known as Vedartha-Samgraha that is the summary of the meaning of the Veda.

His views are also seen through his commentary on the Brahma-Sutras known as the Shri- Bhashya. He also wrote commentary on the Bhagavad Gita known as the Bhagavadagita-Bhashya.
He gave bhakti an intellectual basis with the pursuits of his philosophy. No doubt his contribution to Vedanta was highly significant. He emphasised on the necessity of religious worship as a means of salvation which continued to be more systematic in the devotional effusions of the Alvars who were the poet-mystics of Southern India (&-10th century). Their verse also incorporated in to the temple worship. His bhakti also made a way to northern India.

He also accepted the reality of three distinct orders: matter, soul and God. Ramanuja travelled throughout the country and spread the message of Visishtadvaita. Do you know that Yagna Murthi by name confronted him for 16 days in endless arguments and counter arguments? Finally, he accepted defeat and became a disciple of Ramanuja and changed his name as 'Arulala Perumal Emperumanar'. He wrote 'Gnana Sara, and Prameya Saram'.

Ramanuja's one of the most important disciples who were totally devoted to him was Kuresan also known as Kurattalwani. Ramanujacharya mastered the Bodhaayana Vritti of Sage Vyaasa, he wrote various works like Vedanta Sangraham by explaining the various viewpoints of Sankara, Yadhava, Bhaskara and others Vedanta Deepam, Geetha Bashyam etc. Later, he wrote a granth namely Nityam.

Ramanujacharya's birthplace is now commemorated by a temple in Sriperumbudur and also in an active Vishishtadvaita school. His religious practices and the doctrines that he had promulgated are also carried in two most important Vaishnava centres: the Ranganatha temple in Shrirangam, Tamil Nadu and the Venkateshvara temple in Tirupati, Andhra Pradesh in South India.

So, we can say that Ramanujacharya was the greatest synoptic thinker who had systematised the Visishtadvaitic philosophy and faithfully interpret the ancient knowledge with several texts, letters. His teachings and philosophy are still practiced in southern India.