What is RCEP and will India join it?

RCEP India Deal: The RCEP nations have offered a package to India to return to the negotiating table. The members of the Regional Comprehensive Economic Partnership (RCEP) have urged India to convey its initial response to the package offered by May 15. 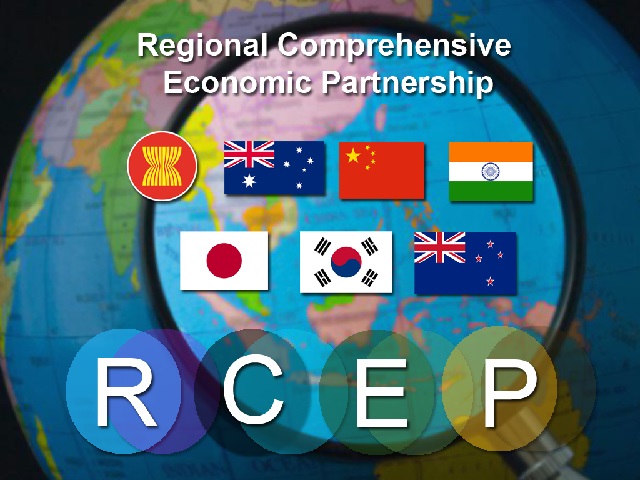 The RCEP nations have offered a package to India to return to the negotiating table. The members of the Regional Comprehensive Economic Partnership (RCEP) have urged India to convey its initial response to the package offered by May 15. This deadline is given as the Indio-Pacific region (Australia, Bangladesh, Canada, China, etc.) cope up with the post-COVID-19 economic distress.

The RCEP member nations look India as a potential country which can contribute not only in terms of its huge market but its participation in regional affairs as a whole.

If India joins RCEP now, it will be at a prime position and will get a chance to frame the rules and investment standards of the RCEP. Also, India is at an advantageous position in the services sector-- IT, education, etc. and RCEP will create greater opportunities for the companies of India to access new markets.

During the 19th ASEAN meeting in November 2011, RCEP was introduced and in November 2012, RCEP negotiations were launched at the ASEAN Summit in Cambodia. Regional Comprehensive Economic Partnership (RCEP) is a proposed agreement between the 10 members of ASEAN (the Association of Southeast Asian Nations)-- Brunei, Cambodia, Indonesia, Laos, Malaysia, Myanmar, the Philippines, Singapore, Thailand, and Vietnam, and 5 ASEAN's FTA partners (Free Trade Agreement)--Australia, China, Japan, New Zealand, and South Korea. India was also a member of ASEAN's FTA partner but opted out in November 2019.

The main aim of the RCEP is to create an integrated market with its member countries to make easier availability of goods and services across these regions. The negotiations are--  Trade in goods and services, investment, intellectual property, dispute settlement, e-commerce, small and medium enterprises, and economic cooperation.

The 16 member countries of RCEP together contribute to the world's one-third GDP (Gross Domestic Product) and approximately half of the world's population. It is estimated that RCEP's share of the world economy may account to $0.5 quadrillion global by 2050.

Why India opted out from RCEP?

India was of the view that its industries won't be able to compete with China as cheaper Chinese goods will flood Indian markets. Also, Indian agriculture was at risk because it would not be able to compete on a global scale.  Additionally, between 2014-19, Modi government raised import duties on several products.

Prime Minister Modi stated that when he measurement with the RCEP Agreement with respect to the interests of all Indians, he do not get a positive answer. He further stated that neither the Talisman of Gandhiji nor his own conscience permits him to join RCEP. Therefore, India opted out in November 2019.

China is the major concern for India amongst other RCEP members. This is because China uses its non-tariff barriers so that it may export more products to different countries. For instance, If India increases import duty on goods from China, it stops direct export to India and sends it good to India via the countries in South-east Asia. Also, China doesn't import many goods from India. This raises India's concern over joining the RCEP.

Why liquor sales matter for states?