Salary of Chief Ministers of different States in India

Article 164 of the Indian Constitution envisages that the Chief Minister shall be appointed by the governor. As of now there are 28 states and 9 Union Territories (UTs) in our country. The Chief Minister (CM) of different states receives a monthly salary for their work. In this article we have published the information regarding the salary of all CMs in our country. 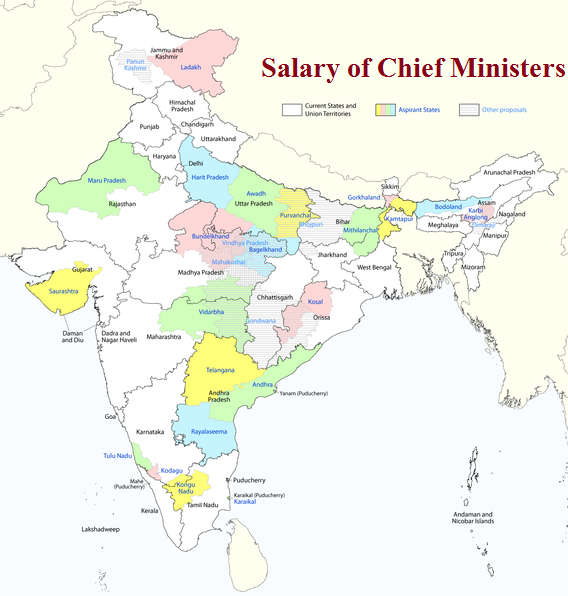 The officers of the Indian government receives the salary for their work. The salary of Indian President is Rs. 5 lac per month plus allowances.

On the other hand the salary of Chief Ministers in India varies from state to state. The Chief Minister of Telangana receives the highest salary as compared to other CMs in the country.

Let’s have a look on the salary of Chief Ministers in India in the given table;

It is very surprising fact that just top three states, Telanagana, Delhi and Uttar Pradesh are paying salary more than the salary of state governors.

This list is important for various competitive exams so aspirants need to remember it with care.

Salary of Government Officials in India