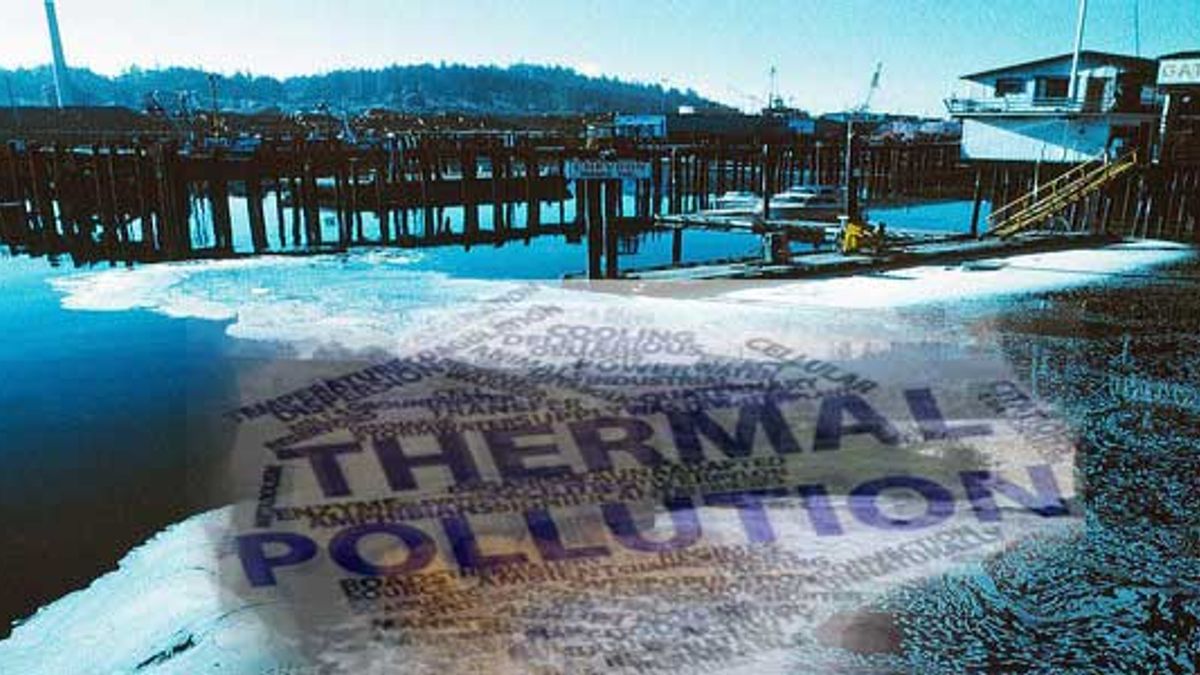 Today’s environmental pollution is a global phenomenon which has become a major concern for people all over the world since it has severe long term consequences. When we heard the term pollution, then we think about the concepts like carbon emission, personal pollution, and waste. However, the thermal pollution is a real and persistent problem in modern industrialized society.

What is Thermal Pollution?

The term thermal pollution has been used to indicate the detrimental effects of heated effluent discharge by various power plants. It denotes the impairment of quality and deterioration of aquatic and terrestrial environment by various industrial plants like thermal, atomic, nuclear, coal-fired plants, oil field generators, factories, and mills.

What are the sources of Thermal Pollution?

The discharged effluents of these sources have a higher temperature than the intake water that reduces the concentration of oxygen from the water which causes the deleterious effects on the marine ecosystem.

Basic Concepts related to the Environment and Ecology

What are the harmful Effects of the Thermal Pollution?

The harmful effects of the thermal pollution are discussed below:

The pollutant from various industrial plants are heated decreases the concentration of oxygen with an increase in the temperature of water.

The decrease in density, viscosity and solubility of gases in water increases the setting speed of suspended particles which seriously affect the food supplies of aquatic organism.

The concentrated pollutant causes the rise in the temperature of water which increases the toxicity of the poison present in water. The toxicity in water will increase the death rate in marine life.

Temperature changes disrupt the entire marine ecosystem because changes in temperature causes change in physiology, metabolism and biological process like respiration rate, digestion, excretion and development of an aquatic organism.

Aquatic organisms like juvenile fish, plankton, fish, eggs, larva, algae and protozoa which pass through screens and condenser cooling system are extremely sensitive to abrupt temperature changes. They are habitual of warmer water may suddenly face increase or decrease in temperature of water bodies and thus die because of sudden changes in the temperature of water.

How can thermal pollution be prevented?

The following measures can be taken to prevent or control high temperature caused by thermal pollution:

1. Heated water from the industries can treated before discharging directly to the water bodies.

2. Heated water from the industries can be treated by the installation of cooling ponds and cooling towers.

3. Industrial treated water can be recycled for domestic use or industrial heating.

4. Through artificial lakes: In this lake Industries can discharge their used or heated water at one end and water for cooling purposes may be withdrawn from the other end. The heat is eventually dissipated through evaporation.

Hence, we can say any kind of pollution may directly or indirectly affect humans because the loss of biodiversity causes changes that affect all the aspects of the environment.