The Exoplanets are those planets which are located beyond the Solar system. The names of these exoplanets are adopted by the International Astronomical Union (IAU) by taking the name of its parent star and adding a lowercase letter. In this article, we are giving the top 10 list of Known Largest Exoplanets in the Universe which is very useful for the preparation of competitive examinations like UPSC-prelims, SSC, State Services, NDA, CDS, and Railways etc. 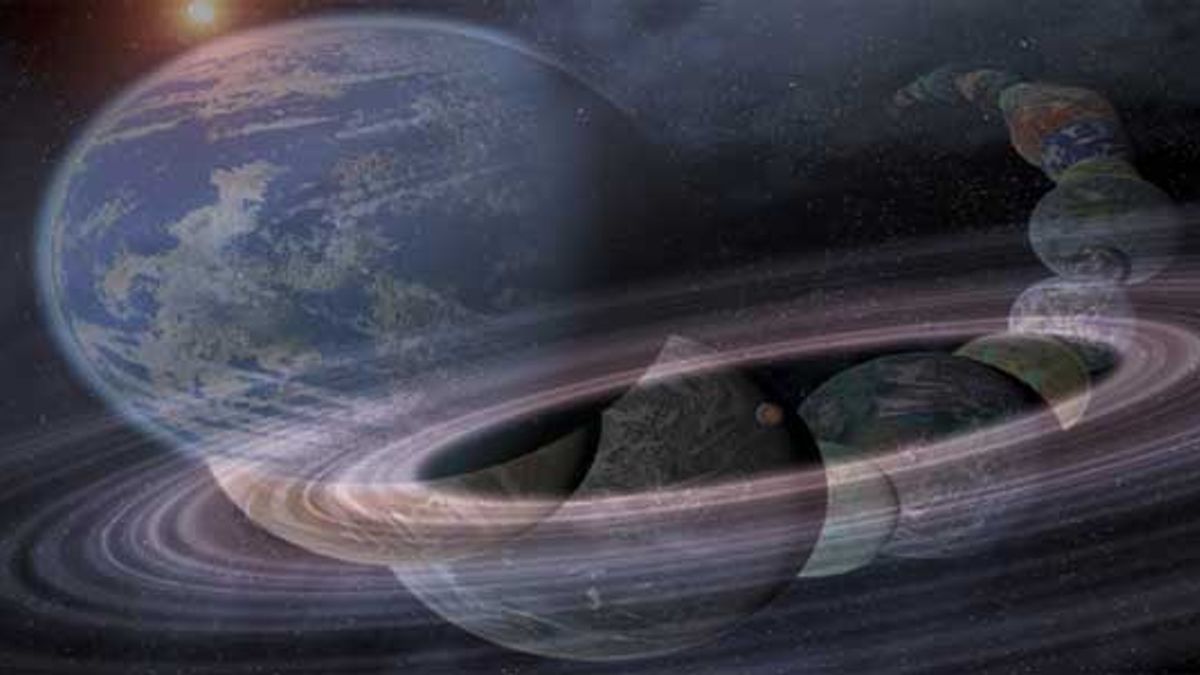 The Exoplanets are those planets which are located beyond the Solar system. The names of these exoplanets are adopted by the International Astronomical Union (IAU) by taking the name of its parent star and adding a lowercase letter.

The top 10 list of the largest exoplanets are listed on the basis of physical size, ordered by radius are given below:

It is an exoplanet located in the Cancer constellation.

It is a circumbinary exoplanet which is 3,700 light-years (1,100 pc) from Earth and located in the constellation Cygnus.

It is an exoplanet which is located in the constellation Scorpius.

It is a extrasolar planet located in the Hercules constellation.

It has one of the lowest densities for exoplanets and located in the Auriga constellation.

It is an extrasolar planet orbiting the Sun-like star HAT-P-1. It is located roughly 521 light years away from Earth in the constellation Lacerta.

Discovered by: HATNet Project (It is a network of six small fully automated "HAT" telescopes)

List of Hottest and Coldest Planets in the Solar System

It is a substellar object and massive planet or brown dwarf orbiting Kappa Andromedae of the Andromeda constellation.

It is a Jupiter-like planet or brown dwarf that is eighteen times more massive than Jupiter and 1.22 times Jupiter's size.

It is located at 320 light years from the Earth. According to the astronomer, it might be largest exoplanet discovered with a size of planet and surrounding disk of around 6.9 RJ; the planet's size puts it near the border between a large planet and a brown dwarf.

It is substellar brown dwarf object located in the constellation Vela.