Merry Christmas 2022: List of 15 Unique Christmas Traditions Around The World

Merry Christmas 2022: As Christmas is around the corner, we are taking you on a virtual ride across the world to witness the cultural diversity to celebrate the Son of God.

Merry Christmas 2022: Christmas is that time of the year when you smell freshly-baked cookies, and cakes, jazz up your home with Christmas trees and fairy lights, and eagerly wait for Santa to make your day merrier.

As Christmas is around the corner, we take you on a virtual ride across the world to witness how different cultures celebrate the birth of Jesus Christ.

Christmas is celebrated differently in every nation. Exchanging gifts, getting together with loved ones for meals, dressing up as Santa Claus, making Christmas wreaths, making personalized Christmas cards, hanging stockings, lighting candles, using colored lightbulbs to illuminate houses, painting interiors red, green, and gold, and more are just a few of the well-known traditions. Like:

In Austria, Krampus joins the St. Nicolas Day festivities on December 6 each year. The devil-like creature roams on the streets of Austria in search of badly-behaved children. Meanwhile, the good children are rewarded with sweets, apples, and nuts. The bad ones worry about what Christmas morning might bring to them. 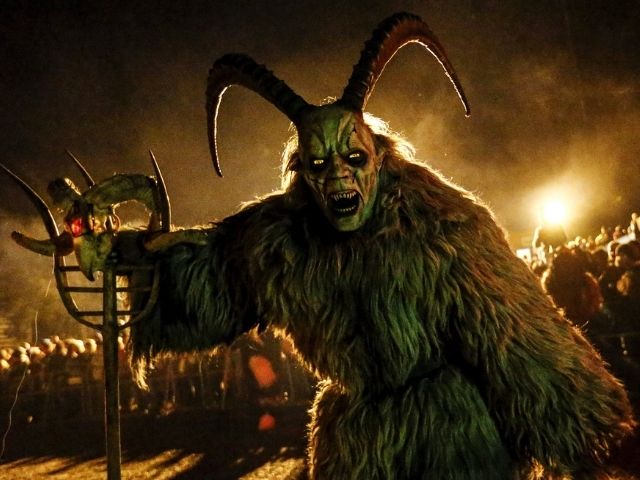 The Chinese sweet treat to celebrate the festival is an apple which is called the 'Peace Apple'. The people in China gift apples packed in pretty gift boxes or with Christmas messages. In Chinese, apple is called-- ping Guo-- and Christmas Eve is called-- ping'an ye-- thus the choice of sweet. 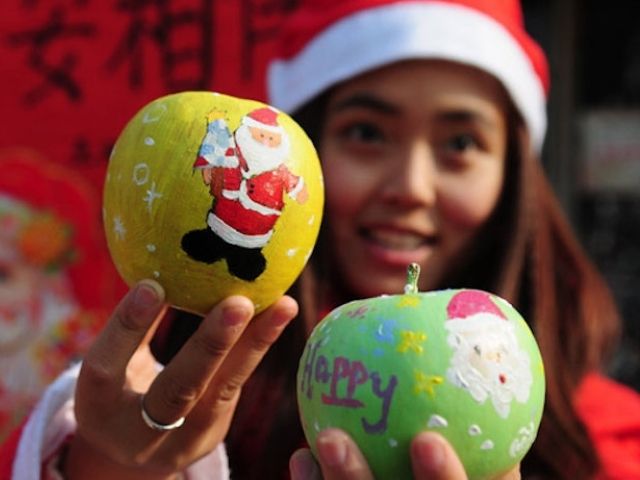 From being a country that has never celebrated the festival traditionally to a country that leaves you with an urge to do it during Christmas, Japan has come a long way.

Apart from gifts and light displays, the Japanese celebrate the festival with a Christmas Day feast from KFC. Yes, you read that right! The 'Kentucky for Christmas' was introduced in the 1970s as a marketing strategy but has now become an integral part of the festival in the country. 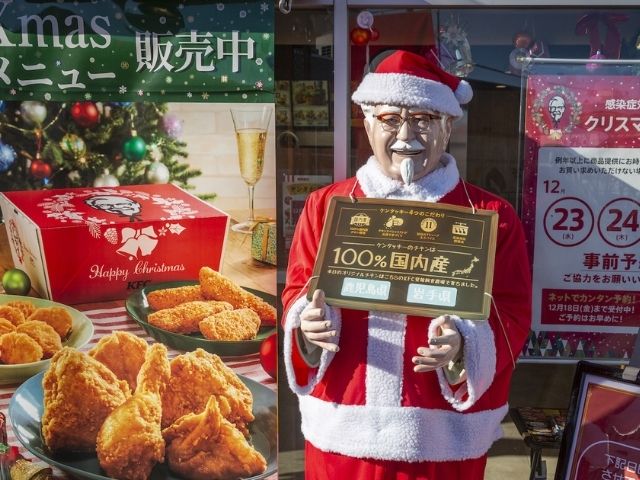 In Mexico, a live procession is carried out to remember the nine-day-long journey of Joseph and Mary to Bethlehem during 16-24 December. On their way, the duo searched for an inn for Mary to give birth to Jesus. The nine days of the Las Pasodas festival in Mexico represent the nine months of Mother Mary's pregnancy with Jesus. 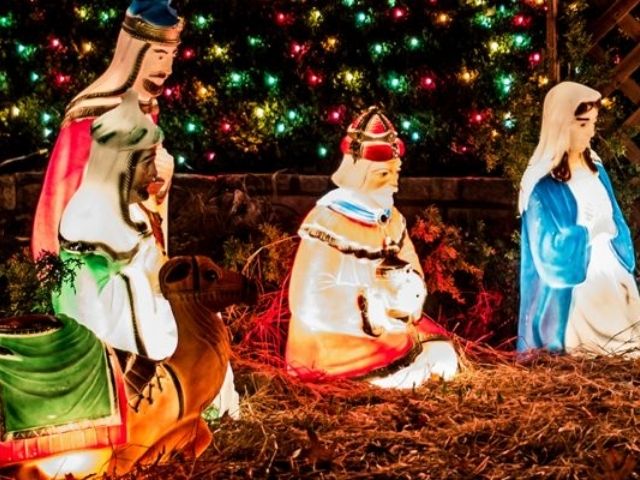 In Sweden, Yule Goat was a traditional Christmas symbol dating back to the ancient Pagan festival, but since 1966, the tradition changed and is now known as the Gavle goat. The Gavle goat stands 42 feet tall ad weighs 3.6 tonnes. It is erected at the same spot each year. 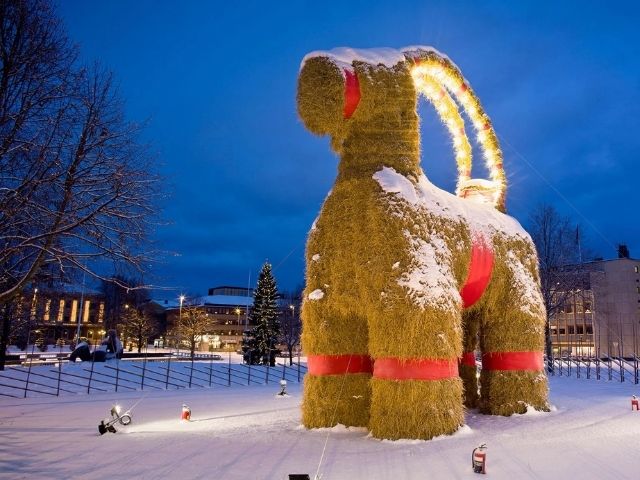 In general, the Christmas trees are decorated with baubles, stars, and tinkles, but Ukrainians prefer to decorate them with spider webs to bring good luck and prosperity throughout the year.

The story behind this strange and unusual tradition comes from a folktale. The folktale is about a poor widow who could not afford a Christmas tree for her children. As a result, her kids cultivated the tree from a pine cone, but couldn't afford decorations. They woke up the next morning with their tree blanketed in spiderwebs and the sunlight later turned it into gold and silver. 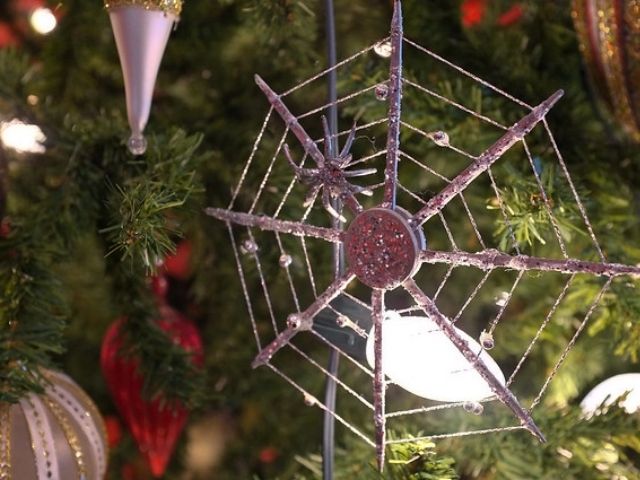 Similar to that of Sweden, a giant Yule Cat lurks around the countryside and waits to eat up those who haven't received new clothes to wear for the festival.

The tradition follows up practice among farmers where they used the Yule Cat as an inducement for their workers. Those who worked hard received new clothes and others were left at the mercy of the gigantic cat-like beast. 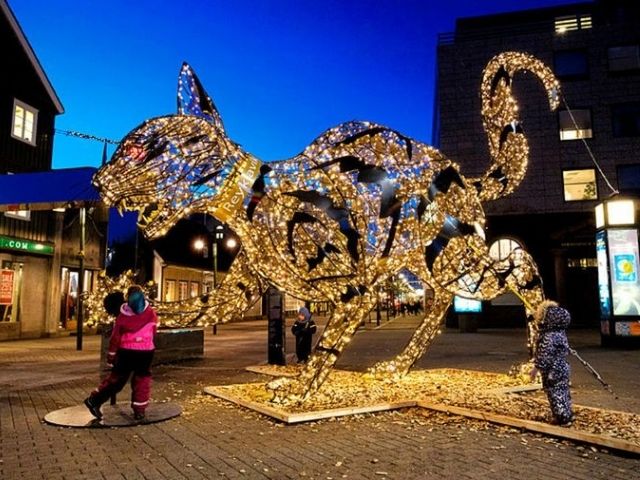 The Germans use the Advent calendar as an important countdown to the big day. Each day before Christmas, a window in the calendar is opened to reveal a poem, story,  candy, or gift. The calendars flood the marketplace in Germany and many people prefer making their own.

Another tradition during the festival is to find a pickle within the branches of the tree. The first kid doing so received an extra Christmas gift. 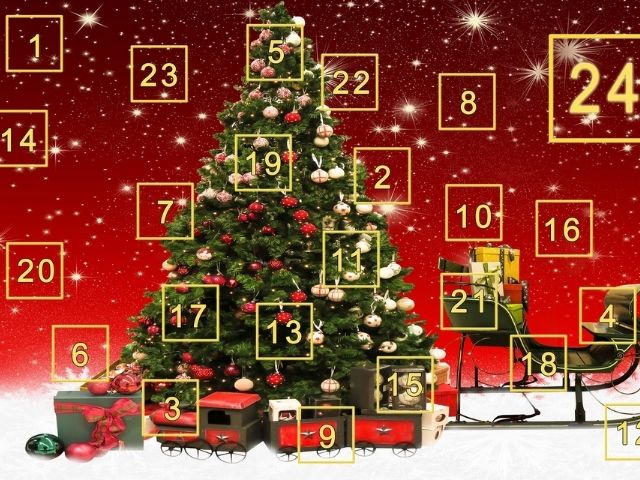 In Italy, children enjoy a visit from the good-hearted witch, similar to that of Santa, on January 5. The witch named Befana flies on her broomstick and presents good children with candies while coal to bad children.

It is said that she was the one who didn't gift anything to baby Jesus, and to repent, she now presents gifts to children post-Christmas. 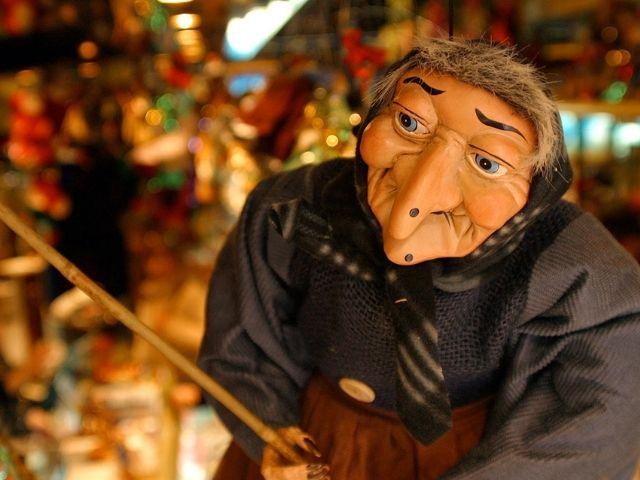 The German tradition of pickle tree decoration has reached the United States. The origin dates back to a time when St. Nicholas rescued two boys who were imprisoned in a pickle barrel.

In the United Kingdom, a traditional drink Eggnog is consumed to enjoy the festival. It is typically made from egg yolks, milk, rum or whiskey, and spices.

A Declaration of Christmas Peace is read out at noon on Christmas Eve. The declaration marks the start of festivities and peace which lasts for 20 days. The tradition dates back to the 13th century. 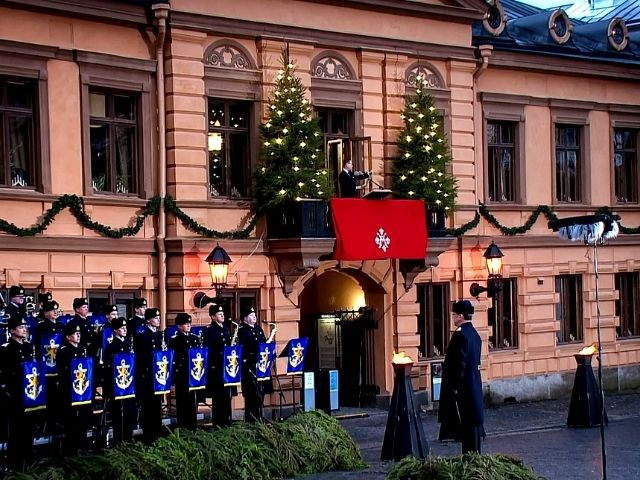 Georgians display a Christmas tree-like sculpture that goes by the name Chichilaki. It is crafted from the wood of a hazelnut or walnut tree and is decorated with red berries, dried fruits, and traditional Georgian candy, Churchkhela. 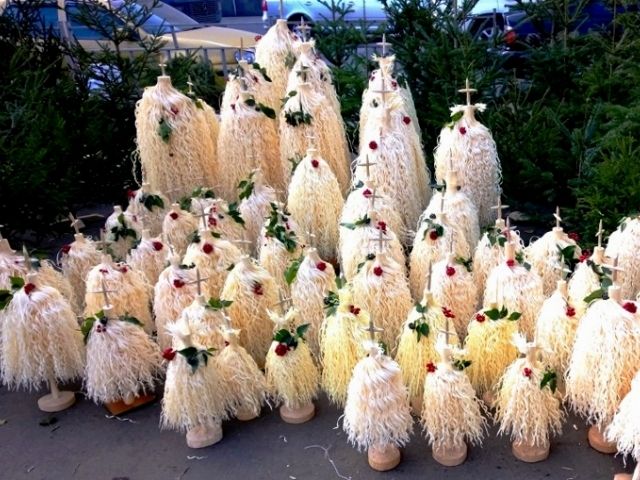 The residents go to Christmas Mass on their rollerblades. The tradition is so popular that the streets are closed until the next morning to allow families to skate to the venue safely. 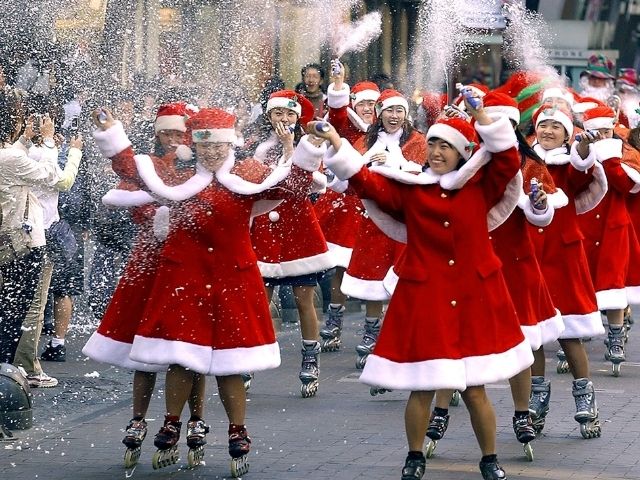 Defecating Christmas logs is a tradition unique to Spain's Catalonia, where hollow logs painted with a face are beaten on Christmas Eve. The log then defecates the presents and candies, hence the name. 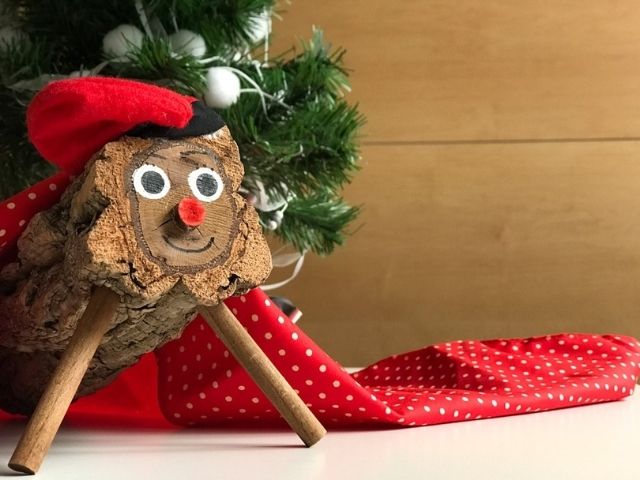 We believe that by going through the aforementioned ways to celebrate Christmas you have a better understanding of different cultures and may consider adding these traditions to your Christmas celebrations this year.

Also, Read | How New Year is celebrated across the world?

Welcome Speech for Christmas Celebration in 2022

What are the popular dishes of Christmas in India?

Allahabadi cake and Christmas cake along with other available Indian sweets and savouries.

What is the custom of 12-day celebration of Christmas?

How is Christmas Celebrated?

Popular customs include exchanging gifts, decorating Christmas trees, attending church, sharing meals with family and friends and, of course, waiting for Santa Claus to arrive.
Get the latest General Knowledge and Current Affairs from all over India and world for all competitive exams.