Valentine’s Day 2022: Check why is it celebrated on 14 February

Valentine's Day 2022: It is celebrated on 14 February across the globe. On this day people show affection to their loved ones by sending gifts, cards, flowers, chocolates, etc. Since when is it celebrated, what is the history behind the celebration? Let us have a look!

Valentine's Day 2022: It is celebrated on 14 February across the globe and is the day of expressing love. Couples spend time together, offer chocolates, share gifts, etc. The day is named after the saint; St. Valentine. It is believed that the tradition of Valentine's Day can be traced back to a Roman fertility festival known as Lupercalia, which is held in mid of February.

Why is Valentine's Day celebrated on 14 February?

Several legends are associated with Valentine's Day. One of them is: Valentine's Day is named after a person and his name was Saint Valentine. According to the legend, the story of this loving day is not filled with love. It is about a confrontation between a saint valentine and a cruel king. Saint Valentine was a priest in Rome and served during the third century. At that time there was a cruel king named Claudius II.

It is said that he was against love affairs and marriage. He believed that by love or marriage, soldiers forget their goals and the married man is always worried about what will happen to his family after his death. Due to this concern, he is unable to pay full attention to the battle. Keeping this in mind, King Claudius announced that no soldier of his kingdom will marry and anyone who did not listen to him will be punished severely. All the soldiers were unhappy with this decision of the king but there was a saint in Rome named Valentine who did not accept the decision of the king. He started marrying the soldiers by hiding from the king. When King Claudius got the news, he sentenced Saint Valentine to death. 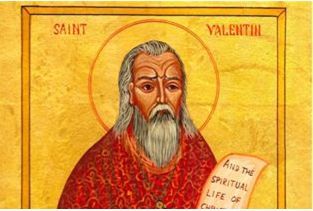 According to another legend, Saint Valentine sent the first 'valentine' greeting to his lover and wrote himself. In those days, while Valentine was waiting for the date of his death that is 14 February, he fell in love with a young girl. She was the daughter of his jailer Asterius. Before his death, he wrote a letter to the jailer's daughter, on which he had signed 'From Your Valentine'. These words are still remembered today. Although the truth behind the Valentine legends is unknown, the recognition is somewhat similar. It is no wonder that until the Middle Ages, Valentine was one of the most popular saints in England and France.

Some people believe that Valentine's Day is celebrated in the middle of February to remember Saint Valentine. Because of Saint Valentine's sacrifice, Valentine's Day is named after him and celebrated on 14 February. The anniversary of Valentine's Day was probably around 270 A.D. In February 498 A.D., the Pope announced to celebrate 14 February as Valentine's Day. In France and England, it was generally believed that the mating season of birds began from 14 February which also added to the idea that 14 February should be a day for romance. The oldest known valentine still exists today was a poem written by Charles, Duke of Orleans. He wrote this poem for his wife while he was imprisoned in the Tower of London in 1415. This greeting is an important part of the manuscript collection of the British Library in London, England.

To commemorate the birth anniversary of Saint Valentine's death around 270 A.D. Christian church may have decided to celebrate Valentine's feast day in the middle of February with an effort to "Christianise" the pagan celebration of Lupercalia. It was a fertility festival dedicated to Faunus, the Roman god of agriculture, and also to the Roman founders Romulus and Remus.

In Great Britain around the 17th century, Valentine's Day became popular and celebrated. By the middle of the eighteenth century, hand-written letters were common among friends and lovers. By the end of the century, printed cards were being replaced in lieu of letters. Ready-made cards were an easy way for people to express their feelings. In the mid-1800, the first commercial valentine cards were printed in the United States.

Valentine's Day is celebrated across the globe and is popular in the United States, Britain, Canada, Australia, Argentina, France, Mexico, South Korea, etc.

So now you may have come to know about the legends associated with Valentine’s Day.