What is a Thalassemia Disease?

Thalassemia is an inherited disease which comes from parents to children. It is a blood condition which leads anaemia and fatigue. Let us study from this article about thalassemia disease, its types, causes and symptoms etc. 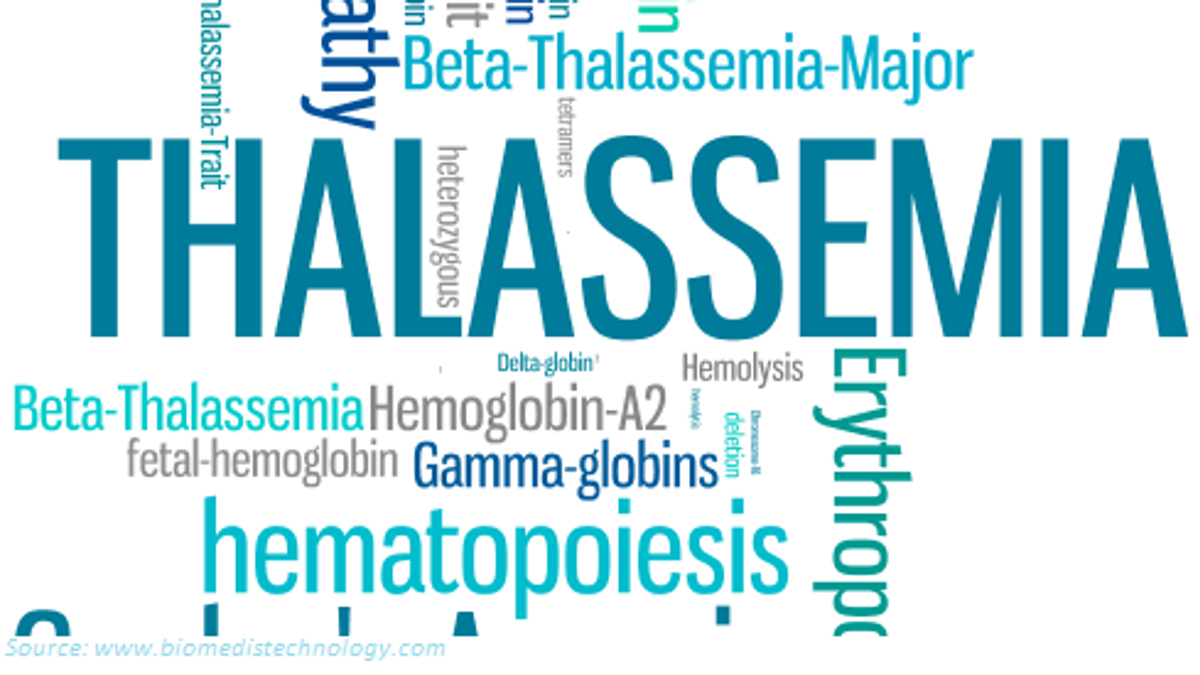 What is Thalassemia Disease?

Thalassemia is a genetic disorder that affects the body's ability to produce haemoglobin and red blood cells which passes from parents to children through genes.

It is a chronic blood disorder. This leads to anaemia and patients also require blood transfusions every two to three weeks to survive.

Do you know that each red blood cell can contain 240 to 300 million molecules of haemoglobin? The seriousness of the disease depends upon the mutations involved in the genes and their interplay.

If there is mild thalessemia then you may not need treatment. But if it is severe then you may need regular blood transfusions. And to cope up with fatigueness you can take healthy diet and exercise regularly.

It is a protein molecule found in Red Blood Cells that carries oxygen from the lungs to the body's tissues and returns carbon dioxide from the tissues back to the lungs. The iron contained in the haemoglobin is also responsible for the red colour of blood.

1. Thalassemia Minor: In this disease two genes are involved in making beta haemoglobin chain one from father and one from mother during conception. People with a Thalassemia trait in one gene are known as carriers or are said to have thalassemia minor. Thalassemia minor is not a disease and they have only mild anaemia.

The individual with thalassemia minor has only one copy of the beta thalassemia gene together with one perfectly normal beta-chain gene. Signs and symptoms in the patient are mild and also known as beta-thalassemia.

The child born with thalassemia major has two genes for beta thalassemia and no normal beta-chain gene. The child is homozygous for beta thalassemia. This causes a striking deficiency in beta chain production. Signs and symptoms of the patients will be from moderate to severe. And this condition is known as Cooley anaemia. Patients Children with thalassemia major develop the symptoms of severe anaemia within the first year of life. They require regular transfusions in order to survive or a bone marrow transplant and are at a grave risk of iron overload and other complications.

2. Thalassemia Intermedia: In this disease patients have mild to severe symptoms.It also may occur with two mutated genes.

In this type of disease four genes are involved in making alpha haemoglobin chain. Two genes come from each of your parents.

If 1 mutated gene inherited, no signs and symptoms of thalassemia patients are seen. But you become the carrier of the disease and can pass it on to your children.

If 2 mutated genes are inherited, then patients have mild signs and symptoms of thalassemia disease. This condition is also known as alpha-thalassemia trait.

If 3 mutated genes are inherited, then thalassemis patient’s signs and symptoms will be moderate to severe.

If 4 mutated genes are inherited, then this type of disease is rare. Affected foetuses have severe anaemia. Such babies die shortly after the birth or require lifelong transfusion therapy. In rare cases, a child born with this condition may be treated with transfusions and a stem cell transplant, which is also known as bone marrow transplant.

Some of the symptoms are:

- Bone deformities especially in the face

- Shortness of breath and leg cramps

What are the causes of Thalassemia disease?

Thalassemia disease occurs when there’s an abnormality or mutation in one of the genes involved in haemoglobin production. This type of genetic defect you inherit from your parents.

If only one of your parents is a carrier for thalassemia, you may develop a form of the disease known as thalassemia minor.

We know that haemoglobin is a protein molecule that transports oxygen around the body in blood cells. Iron is utilised by bone marrow from the food to make haemoglobin.

In thalassemia disease, patients bone marrow not able to produce enough healthy haemoglobin or red blood cells. This leads to lack of oxygen, resulting in anemia and fatique.

As, we have discussed above, people suffering from mild thalassemia may not require any treatment but with more severe condition regular blood transfusion is required.

If both of your parents are carriers of thalassemia, you have a greater chance of inheriting a more serious form of the disease.

According to the Centers for Disease Control and Prevention (CDC), thalassemia is most common in people from Asia, the Middle East, Africa, and Mediterranean countries such as Greece and Turkey.