Khashaba Dadasaheb Anniversary: Khashaba Dadasaheb Jadhav, the first individual athlete to win an Olympic medal for independent India at the 1952 Summer Olympics in Helsinki, was born on January 15; this year is his 97th birthday. The wrestler, affectionately referred to as the "Pocket Dynamo," is remembered in the Google Doodle. The doodle includes a sketch of him preparing to attack his opponent.

Who was Khashaba Dadasaheb Jadhav?

An Indian athlete by the name of Khashaba Dadasaheb Jadhav. His most notable accomplishment was winning a bronze medal in wrestling at the Helsinki Summer Olympics in 1952. He was the first athlete from an independent India to take home an Olympic medal. Khashaba was the first individual athlete from independent India to take home an Olympic medal after Norman Pritchard, who won two silver medals in the sport in 1900 while competing for colonial India. Prior to Khashaba, India would only take home gold in the team sport of field hockey. He is the only medalist from India who never won a Padma Award.

Khashaba distinguished himself from other wrestlers of his era by being incredibly quick on his feet. Rees Gardner, an English coach, noticed this quality in him and worked with him before the 1948 Olympics. He was a native of Karad's nearby Goleshwar village.

Khashaba was the youngest of five sons of renowned wrestler Dadasaheb Jadhav and was born in the village of Goleshwar in the Karad taluka of the District of Satara in Maharashtra State. 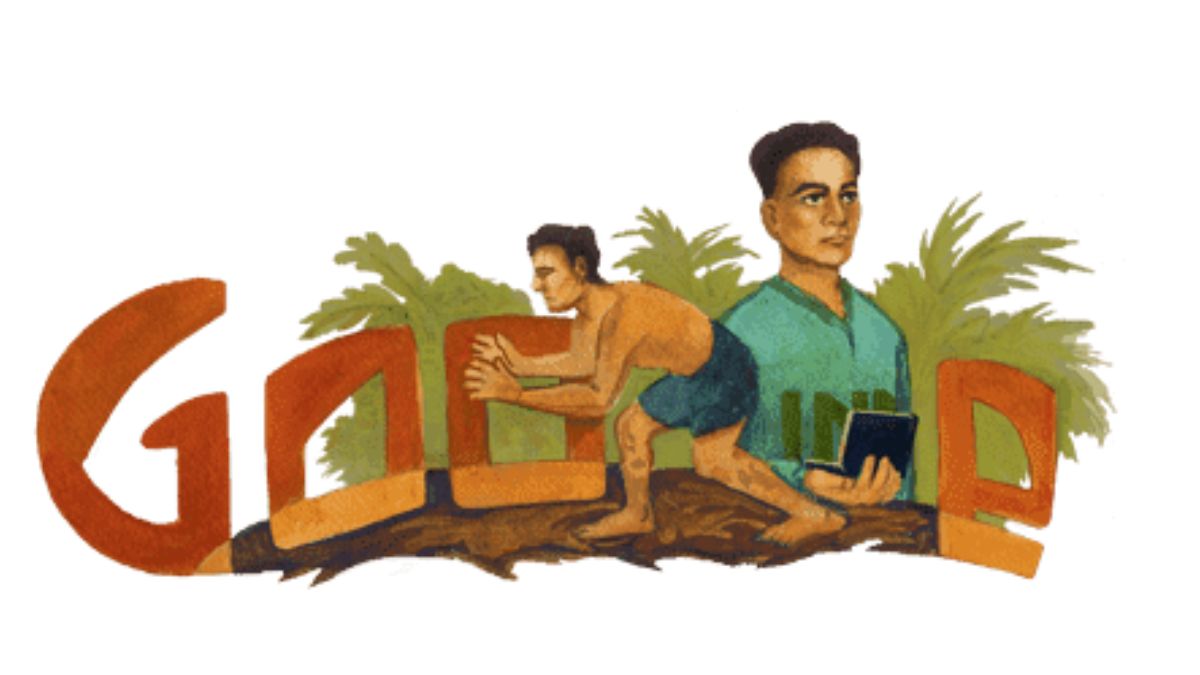 Khashaba was introduced to wrestling by his father Dadasaheb when he was five years old. In college, Baburao Balawde and Belapuri Guruji served as his wrestling coaches. It didn't stop him from getting good grades because of his wrestling success. He took part in the movement to leave India. He decided to raise the tricolour flag during the Olympics on August 15, 1947, which was Independence Day.

He began wrestling in 1948, and his first big break came at the 1948 London Olympics, where he placed sixth in the flyweight division. Up until 1948, he was the first Indian to place so highly in the individual category. Jadhav's sixth-place finish was no small accomplishment at the time, despite the fact that he was new to mat wrestling and the international rules of wrestling.

Jadhav put in even more work during the following four years to prepare for the Helsinki Olympics, where he competed in the bantamweight category (57 kg), which featured wrestlers from 24 different nations. Before losing his semi-final match, he proceeded to defeat wrestlers from Mexico, Germany, and Canada. However, he bounced back to win the bronze medal, becoming the first wrestler from independent India to win an individual Olympic medal.

Jadhav's first experience on a large stage came at the 1948 London Olympics; the Maharaja of Kolhapur paid for his travel. Rees Gardner, a former lightweight World champion from the United States, trained him while he was in London. Jadhav, who had never wrestled on the mat before, finished sixth in the flyweight division under Gardner's direction. In the opening minutes of the match, he stunned the crowd by defeating Australian wrestler Bert Harris. After defeating Billy Jernigan of the US, he lost to Mansour Raeisi of Iran and was thus disqualified from the competition.

Jadhav increased the pace of his training for the Helsinki Olympics over the course of the following four years, moving up in weight and competing in the 125 lb bantamweight division alongside wrestlers from 24 different nations.

He was asked to fight Rashid Mammadbeyov of the Soviet Union after the exhausting match. A minimum 30-minute break between bouts was required by the rules, but because no Indian official was available to argue the case, a worn-out Jadhav failed to motivate, and Mammadbeyov took advantage of the opportunity to advance to the final. He won the bronze medal on July 23, 1952, defeating the wrestlers from Canada, Mexico, and Germany to become Independent India's first individual medal winner. Krishnarao Mangave, a wrestler and teammate of Khashaba, competed in the same Olympics in a different event but narrowly missed winning the bronze medal by one point.

Jadhav was the star of the Indian delegation that returned home after the Olympics, despite the fact that India's hockey team won a gold medal at the Helsinki games. A cavalcade of 151 bullock carts and dhols carried the crowd's hero through the village of Goleshwar after they had gathered at the Karad Railway Station to welcome him.

He became a sub-inspector in the police department in 1955, where he excelled in internal competitions and also carried out national duties as a sports instructor. He endured years of neglect from the sports federation and had to spend his final years in abject poverty. He was killed in a car accident in 1984, and his wife had trouble finding any support from anyone.

Check other Important days and dates in January 2023

Who is the oldest Olympic Bronze medalist?

How did the people in Khashaba village welcome him?

The people in Khashaba's village welcomed him with a procession of 151 bullock carts.

Where was Khashaba Jadhav born?

His father Dadasaheb Jadhav trained him.
Get the latest General Knowledge and Current Affairs from all over India and world for all competitive exams.