We all know that AIDS is a disease whose cure has not yet been discovered. It damages the cells of the human system. Therefore, World AIDS Day is observed every year on 1 December to raise awareness, educate and develop understanding of HIV as a global public health problem. Have you ever thought about the origin of AIDS? First time when and where it emerged? Let us find out! 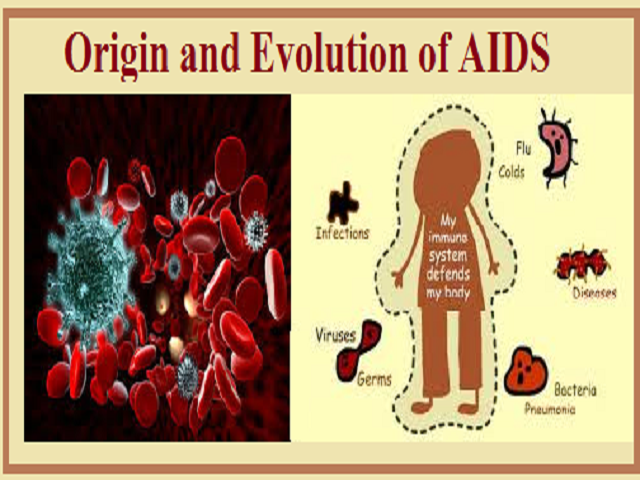 According to UNICEF around 2.8 million children and adolescents were living with HIV in 2018 and nearly 9 out of 10 in sub-Saharan Africa. Do you know approximately 190,000 new HIV infections occurred among adolescents aged 10-19 and 3 in 4 were girls? Estimated 790,000 children aged 0-14 living with HIV were not receiving treatment. In fact, 6 in 10 HIV-exposed babies are tested for HIV within their first two months of life.

AIDS full form is Acquired Immunodeficiency Syndrome which is a chronic and life-threatening condition caused by HIV (Human Immunodeficiency Virus). It damages the immune system of the human being and the ability of the body to fight against disease hampered.

Let us tell you that HIV is a sexually transmitted infection (STI).

- During pregnancy, it spread through contact with infected blood from mother to child.

- During childbirth or breast-feeding.

Till now, there is no cure for HIV/AIDS but with the help of medicines, the progression of the disease can be slowed down.

About the immunity system in our body

By counting CD4 cells it can be judged how strong the immune system is in the body. The number of CD4 cells in a healthy human is between 500 and 1600 per cubic millimetre. In a patient suffering from AIDS, the number of these cells decreases to less than 500 per cubic millimetre and hence the infection of the human body due to bacteria, viruses, fungi or protozoa occur.

Origin and Evolution of AIDS/HIV

According to some scientists, the HIV virus was first found in animals in the early 19th century. In humans, it came from a chimpanzee. In 1959, the blood of a sick Congo man was sampled. After several years, doctors found the HIV virus in that person and it is believed that this person was the first person infected with HIV.

Scientists considered the origin of HIV as chimpanzees and simian immunodeficiency virus (SIV). SIV is a virus similar to HIV that weakened the immune system of monkeys and apes. In Kinshasa, it reached humans by possibly coming in contact with infected blood. The virus took chimpanzees, gorillas, monkeys and then humans under its influence. In fact, in Cameroon, HIV-1 subgroup O infected millions. 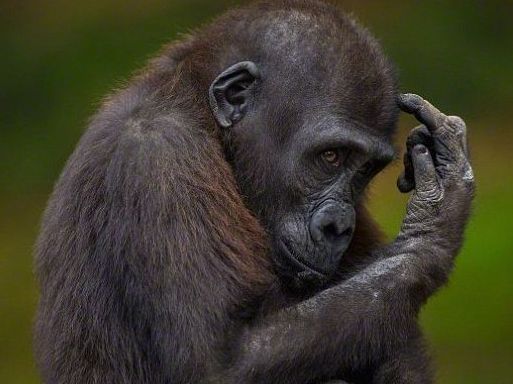 According to a report published in Science Journal, scientists have also analysed samples of the genetic code of the virus and it has been found that the disease originated from the city of Kinshasa, the capital of the Democratic Republic of Congo. Some of the reasons may be the rapidly growing prostitution population in Congo's capital and the use of infected needles in drug stores.

Around the 1960s, HIV spread from Africa to Haiti and then the Caribbean when Haiti professionals from the colonial Democratic Republic of Congo returned home. The virus then moved from the Caribbean to New York City around 1970 and then to San Francisco for over a decade. International travel from the United States helped spread the virus worldwide. Although HIV arrived in the United States around 1970, it did not reach public attention until the 1980s.

AIDS was identified in around 1981. Doctor Michael Gottlieb found a different type of pneumonia in five patients in Los Angeles. The doctor found that the disease-fighting system had suddenly weakened in all these patients. These five patients were gay, so in the beginning, doctors thought that this disease occurs only in homosexuals. That is why AIDS was named GRID i.e Gay-Related Immune Deficiency.

The LAV virus was discovered in France in 1983 by Luc Montagnier and Françoise Sinoussi, and around 1984 the HTLV3 virus was discovered by Robert Gallo of the US. Around 1985 it came to be known that these two viruses are the same. Montagnier and Sinoussi were awarded the 1985 Nobel Prize. For the first time in 1986, the virus got the name of HIV i.e. Human immunodeficiency virus.

After this, campaigns started to make people aware of AIDS and since 1988, every year December 1 is celebrated as World AIDS Day.

For the first time in 1991, the red ribbon was made the mark of AIDS. It was an attempt to end decades of discrimination against people suffering from AIDS. The first oral (and non-blood) HIV test was approved by the FDA in 1994. Two years later, this first home testing kit and the first urine test were approved. AIDS-related deaths and hospitalisations declined rapidly in developed countries due to the introduction of new drugs and antiretroviral therapy (ART) or highly active antiretroviral treatment (HAART) in 1995. Yet, by 1999, AIDS was the fourth reason that is causing deaths in the world and also the leading cause of death in Africa.

How did HIV treatment progress?

The Food and Drug Administration (FDA) approved pre-exposure prophylaxis, or PrEP, in 2012 for HIV-negative people. According to the Centers for Disease Control and Prevention (CDC), if taken daily, the risk of PrEP HIV can be reduced by more than 90 percent and by the use of intravenous drugs up to 70 percent.

Now, let us see about the symptoms of AIDS

Symptoms of AIDS/HIV depend upon the phase of infection.

In Primary Infection (Acute HIV) people develop a flu-like illness within a month or two after a virus enters the body. It may last for a few weeks.

Note: These symptoms are so mild that a person usually doesn’t notice. But the amount of virus is high in the bloodstream and infection spreads easily from primary infection to the next stage.

What is a Thalassemia Disease?

There are no specific signs and symptoms. But in some people, persistent swelling of lymph nodes occurs. HIV remains in the body and in white blood cells. If you don't receive antiviral therapy then this virus generally lasts around 10 years. But it is also seen that after taking this treatment, the virus may last decades. And some people may develop more severe disease sooner.

Virus continues to multiply in the body and destroy immune cells. Signs and symptoms are:

Therefore, AIDS disease has no cure but due to some medication, it can be reduced. Now, you may have come to know from where and how AIDS originated and evolved with time. To raise awareness about AIDS/HIV, World AIDS Day is observed every year on 1 December.