World Environment Day 2021: It is observed on 5 June to spread awareness about the issues related to the environment that our planet Earth is facing. Let us read in detail about the history, celebration, significance, theme of 2021, etc.

World Environment Day 2021: This year the day will see the launch of the UN Decade on Ecosystem Restoration. The global host of the day is Pakistan.

It is one of the biggest events celebrated every year in the world. World Environment Day is being celebrated since 1974. It is also called "People's Day" to take care of the earth and the environment. It is really important to know the ways to protect the environment.

United Nations Environment Programme (UNEP) released a report titled the State of Finance for Nature said that "to meet future climate, biodiversity, and land degradation targets, public and private actors will need to scale up their annual investments by at least four times". Further states that "If the world is to meet the climate change, biodiversity, and land degradation targets, it needs to close a USD 4.1 trillion financing gap in nature by 2050. The current investments in Nature-based solutions amount to USD 133 billion – most of which comes from public sources."

The theme for World Environment Day 2020 was "Celebrate Biodiversity" and is hosted by Colombia in partnership with Germany.

According to the UN, it is a concern that is both urgent and existential. Biodiversity supports all life on land and below water or we can say it is the foundation that supports all this. Every aspect of human health is affected by it. It provides clean air, water, food, and is a source of medicines, etc. Human actions like deforestation, encroachment on wildlife habitats, intensified agriculture, and acceleration of global climate change, have disturbed nature and pushed it beyond its limit. According to the UN, it would take 1.6 Earths to meet the demands that humans make of nature every year. If this will continue,  it poses a huge biodiversity loss that will have severe implications for humanity as a result of the loss of food and health systems.

The theme for World Environment Day 2019 was "Air Pollution".

Air pollution is increasing day by day and it seems complex to control it but nothing is impossible we should come together to combat it. And for this, it is necessary to understand different types of pollution, how it affects our health and environment will help us to steps towards improving the air around us.

We can't stop breathing but we can do something to improve the quality of air that we breathe. Around 92 per cent of the people worldwide do not breathe clean air.

The theme for the World Environment Day 2018 was“Beat Plastic Pollution”.

We know that it is not possible to reuse plastic, they are non-biodegradable. So, it’s better not to use it. Plastics consist of several chemicals which are toxic or disrupt hormones. Plastics can also serve as a magnet for other pollutants, including dioxins, metals and pesticides.

Therefore, it is necessary to call people from all over the world to come and combat single-use plastic pollution which harms our ecosystem and consequently us.

The slogan is: If you can’t reuse it, refuse it.

Since 1974, World Environment Day has been started celebrating as an annual event on every 5 June to raise the importance of the healthy and green environment in the human lives, to solve the issues of the environment by implementing some positive environmental actions by government, organisations and individual as a whole.

There was a turning point in the year 1972, the development of international environmental politics that is the first major conference on the issues of environment was convened under the United Nations from 5-16 June in Stockholm. It was also known as the Conference on the Human Environment or the Stockholm Conference. Its aim was to commonly look into the challenge of preserving and enhancing the human environment. Then, on 15 December in the same year, the General Assembly adopted a resolution designating 5 June as World Environment Day. Further, another resolution was adopted by the General Assembly on 15 December that led to the creation of the United Nations Environment Programme (UNEP). First time World Environment Day was celebrated in 1974 with the slogan "Only one Earth".

Why is World Environment Day celebrated? 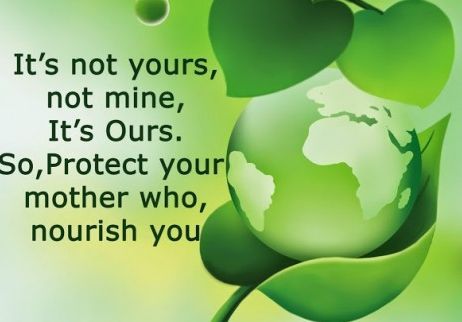 It is necessary to address environmental issues like deforestation, increasing global warming, wastage and losses of food, pollution etc. Throughout the world, several campaigns are organised with a particular theme and slogan to bring effectiveness around the world.

A study conducted by Ellen McArthur Foundation in 2015 says that about 6.3 billion tonnes of plastic waste has been generated in the world so far, and around 90% of this will not decompose for at least 500 years. Micro-plastic or tiny fragments have been found in soil, tap water, bottled water, beer and even in the air we breathe, according to scientists.

- World Environment Day is celebrated to spread awareness among common people about the issues of the environment.

- Encourage common people from different society and communities to actively participate in the celebration as well as become an active agent in developing environmental safety measures.

- Encourage people to make their nearby surroundings safe and clean to enjoy safer, cleaner and more prosperous future.

Some facts about Plastics 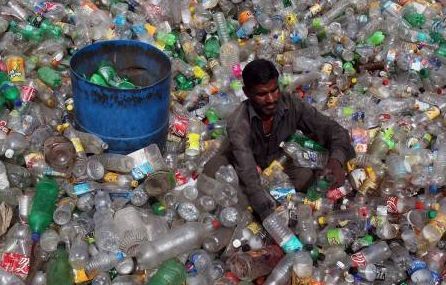 - A large part of the population depends upon Plastic for their daily use. Do you know nearly one-third of it is not disposed of properly and ends up clogging drains and choke the environment?

- Plastics can persist in the environment for nearly a thousand years before it fully disintegrates.

- Plastics are non-renewable and their manufacture and destruction expose individuals and the environment to many toxins, including carcinogens.

- Plastics make up ten per cent of the total waste generated; half of it is used in a disposable or single-use.

- We use 50 per cent of the plastic in the disposable form or for single-use.

- Plastic is hazardous to both animals and humans.

Important Days and Dates in June 2021